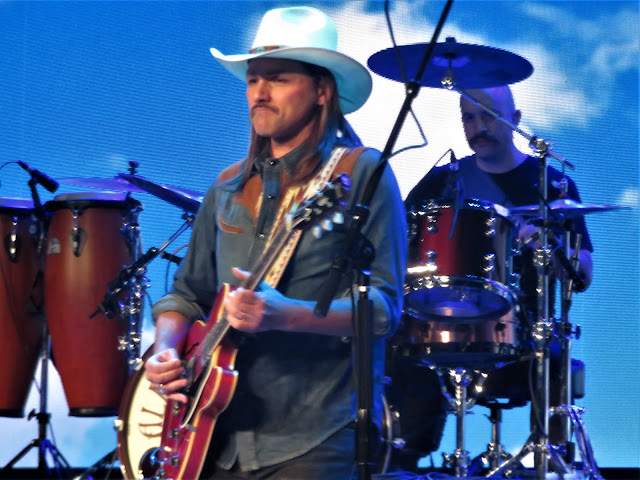 The stop at the Beacon Theatre fell on December 8, which would have been the late Gregg Allman‘s 74th birthday. The show opened with an audio of Allman speaking. The Allman Betts Band then launched the live performances with a brief set and then introduced guest performers, including Karl Denson, Lamar Williams Jr., Lilly Hiatt, Joanne Shaw Taylor, Jimmy Hall, Eric Gales, Donavon Frankenreiter, River Kittens, Robert Randolph, G. Love, Charlie Starr, and others. A cover of Sonny Boy Williamson’s “One Way Out,” often performed by the Allman Brothers Band, and an encore of the Allman Brothers Band’s “Midnight Rider” brought out the entire crew for a grand finale.

Here are some scenes from this year’s event.

FULL ARTICLE AND ALL PHOTOS BY EVERYNIGHT CHARLEY CAN BE FOUND HERE!