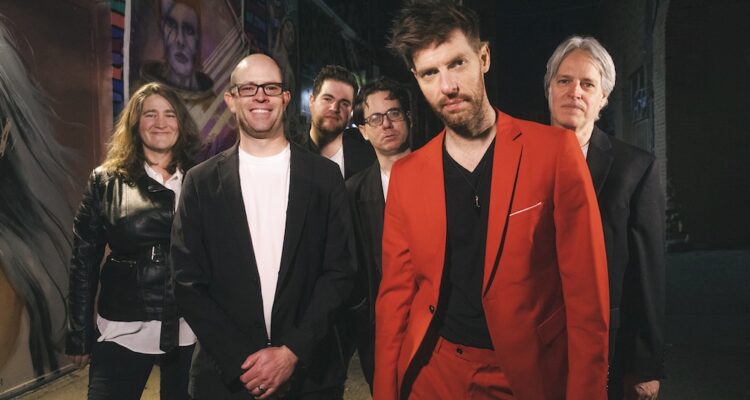 If you have been looking for a musical pick-me-up, the new Dust City Opera record is for you.

The first glimmer of sunshine after a rain storm is vibrant, the sound of a crowd clapping cheering is vibrant, and the latest indie rock release from Dust City Opera is – you guessed it – vibrant. This sextet of unique artists and instrumentalists are, in 2022 more than ever, the epitome of vibrancy. The way that music takes shape, from the ground up, is honest and true, yet shines in the most curious way.

It is similar to that of fireworks, which at first glance are nothing more than cardboard containers and match tabs. There is a magic in them, though, in the possibility that beautiful lights come out of it, sparkles are sent into the sky, and memories are being made for those in eyesight and earshot.

Turning on Dust City Opera records or catching them perform live is like that. They are an independent, grassroots band on the outside, but a professional, genre-bending, and, yes, vibrant group of talent on the inside…. Something that is brought to life on Alien Summer, which we chatted about with frontman Paul Hunton.

Right off the bat we need to note how many intricate and entrancing layers this new album of yours has. Tell us, what was it like putting Alien Summer together in comparison to your debut LP?

I got a little more involved with the production by recording and editing the guitars and vocals at home and arranging some “found sounds” for the Alien Summer outro. Overall, it’s a little faster and heavier and I pushed my vocals a bit more. It also came together more piecemeal since we spent so much of the past couple years avoiding each other.

In what ways does being a band with six members benefit the music you are releasing? Does it hinder your creative process in any way?

I think it strengthens my songs to have them interpreted in six different ways. I’ve made demos of the more recent songs with draft parts in them, but it’s nothing compared to the energy of real players. I do see a strength in the singleness of vision on albums where one person plays everything, but I’m not at that point.

Are there any particular tracks off Alien Summer or out of your catalog thus far, that you believe highlight all you are doing as a genre-bending indie band? I think “Angie,” personally, but you have an increasingly long list of songs to choose from now.

“Love of Mine” is one I really love off the album and it combines some of my favorite elements from some of my favorite artists. I conceived of it sort of as a bluegrass story song but with a dark, careening desperation and a hard rock anguish in the chorus. There’s sweetness and terror and transcendence and it’s one where I think the band lives up to its name.

“An Okay Way to Go” clocks in at about five minutes long. Tell us: were there thoughts on making this song even longer? Because even as the outro rolls along, the song sits comfortably in your mind much like some Eagles hits… and we wouldn’t mind it lasting!

I almost always know what’s gonna happen at least structurally when we go to record. I consider it my job as the songwriter to provide the map. But, this song, we finished the main section and I sat there in the booth and said, wait a minute, and started to pluck out some more chords and looped it a few times and had the bass and drums follow me. It ended up being the perfect length for this Christopher Hitchens bit I’d been enamored with for some time. It felt really serendipitous the way it came together and the idea of all of our suffering being reduced to a dad joke.

Your fan base is hefty and holds quite a lot of weight when it comes to adoring what you do and supporting where you can go. What do you hope that they, the fans new and old, get out of this particular record?

Yeah, maybe some catharsis, that at the end they’re exhausted and glad it’s over! It’s pretty harrowing with some major ups and downs. I’d like them to feel like they’ve experienced some drama and “need a minute.”

Crowdfunding actually paved the way for Alien Summer and much of your truly independent artistry. Do you have any tips, tricks, resources, or reminders for bands starting out who want to take the same path of being wholly in charge in what, when, and how they create?

I’m still impressed that it happened. From where I stand, it’s been a matter of staying committed to developing my creative voice and pulling in people that believe in it, going back to when I was a solo singer songwriter doing open mics seven years ago.

I feel like this album, in all its 12-track glory, is the largest scale production from Dust City Opera so far. It grabs your attention with the dramatics of punk, it’s Americana in the way stories unfold in song, and it captures your camaraderie-based live show qualities with all your individual instruments taking a moment to shine. How did this grand and cosmic record come to be so grand and cosmic? If you can pinpoint a moment, a song, or a feeling that shifted those gears, of course.

I think when we decided to call it Alien Summer it took on this transcendent, other-worldly grandeur. And that song itself has the folksy, hard rock, doom-y, old world, industrial mish-mosh in spades, which maybe makes it a better answer to your earlier question about which song highlights our range, but that song was written in August of 2020, and for me it distilled some of the anxiety that was in the air at the time and the stress of being locked up at home with a toddler and a newborn. So it seemed like a good vessel to carry the weight of this musical odyssey.

DUST CITY OPERA’S NEW LP, ALIEN SUMMER, IS OUT NOW ON DSPS AND FOR PURCHASE, WHICH YOU CAN FIND DETAILS ON HERE!