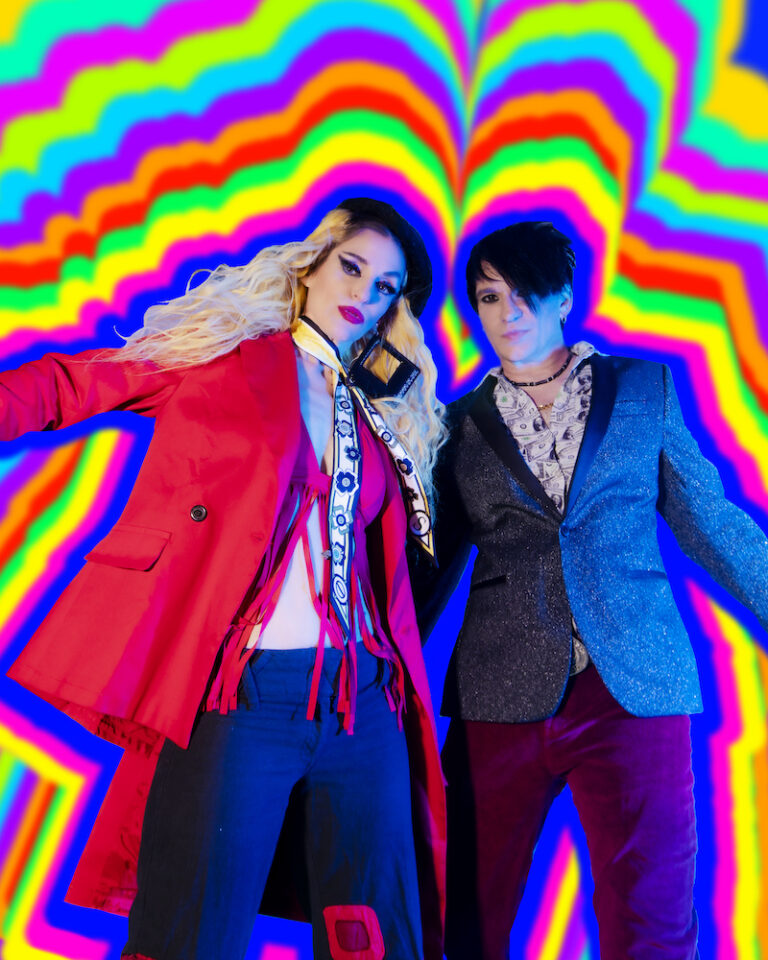 Netflix this, Netflix that. If you’re sick of trying to keep up with everything coming to streaming services, we suggest taking a step back from the programming and a step into the soundtracking. One hit Netflix series has this band on their radar – and so should you.

In 2013, west coast duo Fans of Jimmy Century released “Va Va Voom to the Moon,” a song just as iconic, psychedelic, and danceable as the artists behind it. Almost a decade later, the world has caught on to the true experience listening to it is… and will continue to be.

Lovers of Fans of Jimmy Century are not only enamored with the eccentricities of the duo and the colorful art rock meets new wave musicality that runs deep within them, but they are in love with their otherworldly and almost existential approach to being creatives in the modern world. Modern is an appropriate word for the friendly, experimental duo, because as relevant and timely as they may be – with a Netflix tapped hit and over a decade of performing under their belt – the former half of that word, the prefix, just about encapsulates all that they are. Mod.

Modwave and modsquad are two ways they are self-described by Fans of Jimmy Century vocalist Alicia Perrone and bassist Victor James. A quick glance at the artists and creative forces, at least in a branding sense, showcases these Las Vegas-based artists as the Austin Powers movie franchise of the musical world, combining fashion and swagger with electro-pop grooves and an open-minded dialogue about being yourself and vocalizing that – with harmony, fun, and finesse nonetheless.

Their personality fits their hometown, unique and theatrical and wholly their own. When you’re in Vegas, you’ll never see two of the same thing. When you listen to Fans of Jimmy Century, you’re not hearing two of the same songs. Even on this new EP, out today, there is a variety in a singular song. From Emily in Paris is “Va Va Voom to the Moon,” alongside the “French Cafe” version and the “Dirty Mix.” A three-piece package, the duo escalate their dynamics to fit the television soundtrack bill, the on stage one, and another that you have to listen to in order to understand.