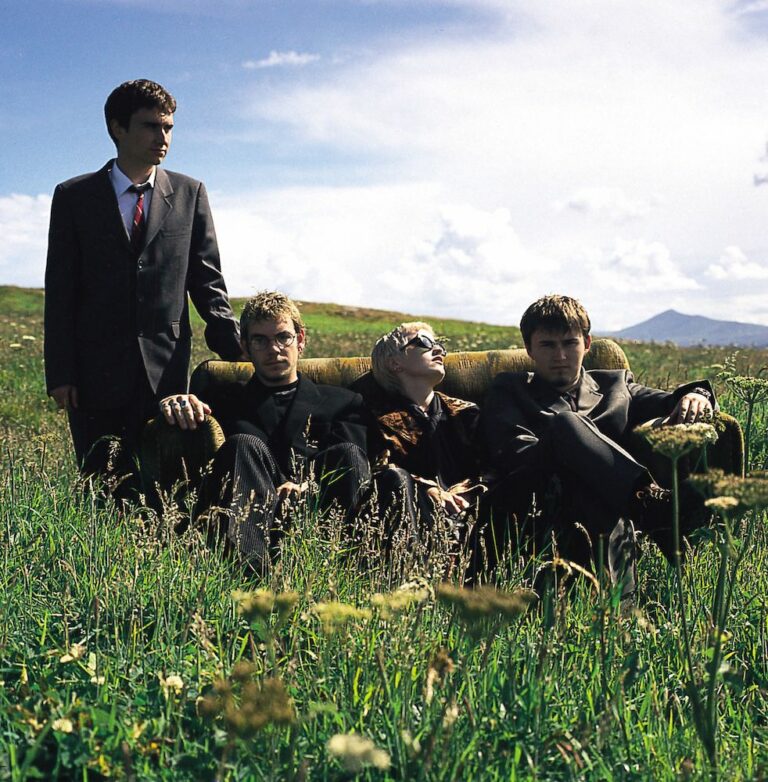 Compilation albums and chronological collections of music are an underrated art form in and of themselves. To be able to revisit, share, update, and highlight an entire career, a true moment in time, is a lofty task, yet it’s one fans of all kind can appreciate. The Cranberries are the latest band to embark on such a project and goal, but they have done so with enough respect and so much heart that this forthcoming record – available one week from today – fits right in with who they are and all they’ve done – with and without their revered front woman.

Four years after the death of The Cranberries’ lead singer, Dolores O’Riordan, one of the most electric female singers of our time, the remaining band members have no choice but forge on. “It’s still hard to believe. It’s like she is still with us. We see her everywhere. You click on YouTube and she’s right there. I think her about her a lot,” says drummer Fergal Lawler.

Her death resonates with many to this day, especially for those from Ireland, where the band originated. They formed in 1989 with lead singer Niall Quinn, guitarist Noel Hogan, bassist Mike Hogan, and drummer Fergal Lawler. Quinn was replaced by Dolores O’Riordan in 1990 as the new lead singer. Originally thought of as an underground alternative rock act, The Cranberries crashed upon the American shores with Everybody Else Is Doing It, So Why Can’t We? in 1993 and saw commercial success in the singles “Dreams” and “Linger.” They followed their debut album with a sophomore release just a year later. It was 1994’s No Need To Argue that spawned the massive hit “Zombie.” The band released five more albums until 2018, but none matched the massive success of their earliest work in the nineties.

Following O’Riordan’s death, the rest of the band came together to finalize details of what would be the band’s last album, the eerily titled In The End. This was in April of 2019, using what were the final recordings of her vocals. To date, The Cranberries have sold 50 million albums worldwide, and now they’re paying homage to their singles – hits and otherwise. While the remaining band members have some side gigs on top of these final Cranberries projects on the horizon, they were able to make some time for us – we sat down with Lawler, who helped put the band on the map from behind the kit, and discussed what his future holds having lost one of the most powerful front women of his time.

How has the band coping with Dolores O’Riordan’s death?

We were all in our teens and early twenties when we first started. We were in the back of vans and buses, and we were constantly together for so long. It was like a family. We all miss her terribly.

In some ways, yes. It was nice to have it released on vinyl because it never was released on vinyl before. The toughest thing was placing her vocals on our final studio album, In The End, for us. She wasn’t there anymore but her vocals were. Once we got through that, we knew we could get through anything. These albums are good to listen to after a while. It’s good to listen to the old stuff because and discovering new bits and demos along the way that haven’t been released. Stars is different because it’s all singles apart from “New New York” and “Stars.” I remember recording these tunes while we are on the road. I think it’s more valuable adding new music to a best of than just having singles that most fans already have. We wanted to give them something new.

You have a new solo instrumental album, All Hope Is Never Lost, that was released last month. Can you tell me more about it?

It’s very different from The Cranberries music. I’ve been working on documentaries and short films and such. There’s no touring involved, which is better since I’m getting older. It’s fine when you are younger. I have an in-house studio. It started developing into its own thing. There were six or seven tracks, so I decided to release it as an album.

I dabbled in guitar, synthesizers, and manipulating sounds as if they were malleable to create those ambient sounds. It’s more about moods and chords. It’s about tapping into emotions and feelings.

What’s next for you and the remaining members of The Cranberries at this time?

Since the band has been popular around the world and we keep on acquiring new fans all the time, there’s always an interest, but as far as The Cranberries go, and with the death of Dolores, we will not tour or create any new music anymore. It’s more about working on the back catalog. We are working on the 25th Anniversary rerelease of To The Faithful Departed, out later this year. We also want to work on a proper documentary on the band from start to finish.

Anything you want to say to your fans at this time?

They’ve been absolutely incredible. The outpouring of support when Dolores passed away was mind boggling. Still today, the fans are very appreciative when something new comes out. It’s very humbling that people haven’t forgotten about us.

THE CRANBERRIES’ SINGLE COMPILATION, STARS: BEST OF 1992-2022, DROPS ON MAY 27! FOR ALL MUSIC AND PURCHASE OPTIONS, CLICK HERE!