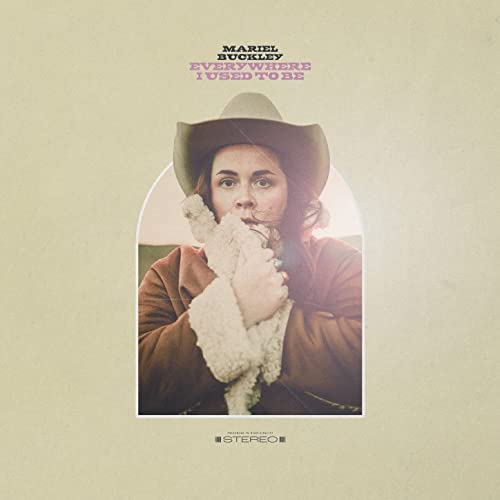 On The Record: Mariel Buckley, plus Forrest McCurren, Ever More Nest, & Katy Guillen & the Drive

Mariel Buckley, Everywhere I Used to Be. There’s blood on the tracks of this evocative second album from singer, songwriter, and acoustic guitarist Mariel Buckley, who says that her music “has often remained a vague, if not softer representation of my stuff, until now.” Her goal with the dozen original songs here (including two penned with co-writers) was to let out her feelings and have people see her “as a different offering in the public eye, authentically and deliberately.”

Mission accomplished on this overdue follow-up to 2018’s Driving in the Dark. The alt-country/rock music on Everywhere I Used to Be is easy to listen to, but its often self-critical lyrics describe situations that must have been hard for Buckley to live through. In “Hate This Town,” for example, she sings, “Drink until I feel like talking / It’s hard to feel, so what’s one more pint…Goddamn it, I hate myself / Goddamn it, I hate this town.” And, in “Going Nowhere”: “I get bored, I talk shit…I get so damn frustrated / When things don’t go my way / But I’m always starting fires / Just to walk away.”

The Alberta, Canada–based artist says she made the album “for losers and underdogs” and wants “every outsider and lost soul to feel seen and safe with these songs.” In fact, while outcasts will undoubtedly relate to this material, you don’t have to be suffering or an outsider to appreciate Buckley’s well-crafted music. She writes consistently hummable melodies, sings with conviction, and conveys not just melancholy and pain but also compassion and tenderness. It doesn’t hurt that she is backed by a talented crew that features pedal steel, electric guitar, percussion, bass, keyboards, and synthesizer.

Forrest McCurren, Oh Me, Oh My. This debut from Missouri-based Forrest McCurren offers folksy vocal work, upbeat music, and often lighthearted story songs that recall Guy Clark, Kris Kristofferson, John Prine, and Roger Miller. McCurren, whose lyrics embrace some cliches, isn’t on a par with any of those artists yet, but his vocals are engaging and his band – which includes his wife, Margaret, on violin, as well as a keyboard player, a drummer, a bassist, and a guitarist – adds to the fun. There’s promise here, but we’ll have to wait for a sophomore release to get a better sense of just how much.

Ever More Nest, Out Here Now. This is the follow-up to Ever More Nest’s memorable 2018 debut CD, The Place That You Call Home. The new album features consummate production by Neilson Hubbard (who co-produced the last CD) and again finds group prime mover Kelcy Wilburn providing the vocals. The Louisiana native also wrote (or in one case co-wrote) all the songs, which seem largely autobiographical and cover subjects like the pandemic, the struggles associated with being a musician, and self-discovery. Wilburn is a fine singer whose delivery variously conjures up Fairport Convention’s Sandy Denny and 10,000 Maniacs’ Natalie Merchant. She is joined here by Hubbard on drums, percussion, and piano as well as multi-instrumentalist Will Kimbrough on guitars, banjo, and mandolin, bassist Dean Marold, and the always wonderful Fats Kaplin, who adds violin, viola, and pedal steel.

Katy Guillen & the Drive, Another One Gained. Another One Gained is the first full-length album (following two EPs) from singer/songwriter Katy Guillen, who plays guitar, bass, and keyboards, and drummer Stephanie Williams, who also plays bass and whose work figures prominently in the mix. The duo, who hail from Missouri, deliver a room-filling sound that seems like the work of at least half a dozen musicians but in fact, the only additional backup consists of keyboards and programming by their producer, Kevin Ratterman (My Morning Jacket, Ray LaMontagne). There are a few ballads on the album, such as the lovely “Harsh Realization,” but this is primarily an alt-rock outing. The excellent vocals serve primarily as a sonic element rather than a vehicle to convey the lyrics, which are notable but tend to take a back seat to the beat and shimmering guitar work.