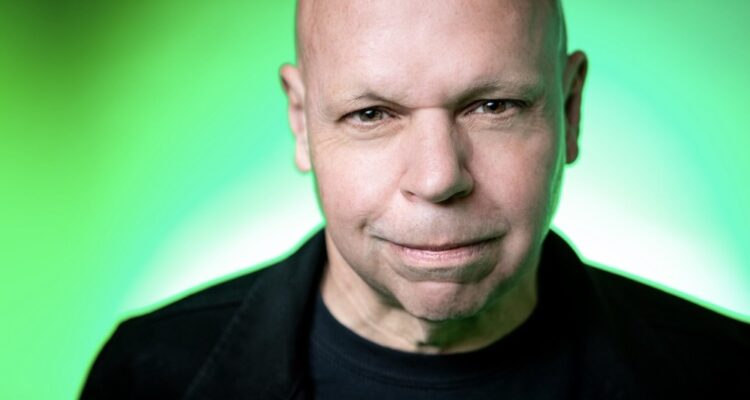 Matt Pinfield on MTV, Sobriety, & His Undying Love for Music

Matt Pinfield is a legend in the music business. He has prolifically covered radio and television (both on air and behind the scenes) for the past 30 years. “It’s beautiful to be in The Aquarian. The Aquarian has such a place in my heart being from the East Coast. I got to bring it back home. You can’t take the East Coast Jersey-New York guy out of me even though I’m in Los Angeles currently,” Pinfield tells us candidly.

He’s won many awards during his career, including Musexpo’s International Rock Icon Award, and continues to be honored for his contributions. In the next year he will get a star on the Hollywood Walk of Fame in Los Angeles. Pinfield is also to receive a proclamation signed by the mayor of L.A. for his contributions to ‘Music and the Arts.’

Through it all, Matt Pinfield stays humble and – most of all – positive. He loves music so much and is grateful for all the opportunities that he has had thus far. The Aquarian sat down with the music guru, MTV VJ, and radio host to discuss his career, what got him noticed by the legendary network, and how his persistence and positive attitude lead him to where he is today.

What was your ‘a-ha moment’ that sparked your interest to get into the music industry?

It happened to me as a young kid. I loved music from the time I was a child. I was born in Athens, Georgia. My father eventually got a job teaching in New Brunswick, New Jersey. I had an immediate love for music radio. I was fascinated with it. It became a dream from a very young age to work in music radio. I used every little bit of money that I earned to buy records. It became an obsession for me.

I called the local AM radio station in New Jersey that I listened to – the only cool show on there was a show with Rich Phoenix. He was nice enough to let me watch him DJ and that’s all I wanted to do. I wanted to turn people on to music. You could either be the rockstar or you could be the person turning people on to [rockstars].

You volunteered at your local college radio station, as well.

I did radio shows at Rutgers University. I was the kid who brought new records into junior high and high school. I knew college radio was really important to me. I got involved there and was the promotions director there. I nurtured the local music scene in New Brunswick, New Jersey, too – the Smithereens is a good example of a band I helped. I encouraged local artists to submit their demos to the college stations.

In 1984, I got my first paid radio gig at WHTG and it was an alternative radio station. There was a lot of new wave and post punk music; it was a small mom and pop station, but it was a very important part of the history of alternative music. It was a great cultural time when Nirvana came to the forefront. Things were exciting. It was even a great time for Gangsta rap.

When and how did MTV scoop you up?

I had met the people from MTV’s music department by going to showcases and shows in the city. It was a great cultural time. WHTG was heard in the southern tip of Manhattan. The station was getting a lot of attention. The MTV staff wanted me to track records and the audience’s reaction to new music.

I took over 120 Minutes when I was called in for an audition to take over Dave Kendall for the show after his contract was up. 120 Minutes was right up my alley. The show went very well. At this point I was not only music director but program director at WHTG. I was asked to leave WHTG to be a music programmer at MTV. I was working three jobs at the time. I had to do what I needed to do to work in radio. I wanted the job at MTV. I left a message with Andy Schuon at MTV so that I stayed on his radar. He called WHTG and offered me the position at MTV for music programmer and that was the day that everything changed for me. It was an incredible opportunity. MTV affected pop culture and had a ripple effect around the world all the time. This position was behind the scenes and I knew that I wasn’t going to be on air anymore. Little did I know that I was going to be on the radio and tv for over 30 years. I’m incredibly grateful and fortunate though.

Bruce Springsteen even called the bosses at MTV and told them that I’m a good guy from the Jersey Shore. He told them to look out for me. I loved Bruce and always had. I was blown away by his call – it was beautiful!

It was a great time to be at MTV. Some things were childhood dreams of mine. For example, I became friends with David Bowie and it was very surreal. He actually ran things by me and asked me for ideas. It was beautiful. I’m very grateful for the national platform at MTV and all the experiences I had. I’m a very lucky guy.

MTV just celebrated its 41st Birthday. Do you think the network will ever rebound in this day of age of social media and YouTube?

I think MTV truly was a very important platform in the history of music and entertainment. I think it’s a very different time now. They will find different outlets to reintroduce brands they used before, like Paramount+. It was the most influential place for artists and music. I think it’s morphed into different things. I don’t think they will have the impact they did at one time. It’s all streaming now. I think people are disappointed that they moved away from music. The kids are finding new ways to find music, like through Tik Tok and other social media platforms. If they come up with some great programming, I think the public will at least give it a shot. It’s a different time, though. I’m grateful that I was part of their history and associated with some of their best years.

You are at KLOS in Los Angeles right now?

In 1996 I worked at KROQ, too. I left MTV in 1999 and went to Farmclub.com at that point with Jimmy Iovine. Every rapper played that show. It became this thing that every record label wanted their artist on it. Unfortunately, a year-and-a-half in, major changes happened. We did have an incredible team there [at the time].

I got a job thereafter at Columbia Records in A&R – senior director. I was there for about seven years and signed a bunch of bands. I loved doing A&R. I did Sirius XM, worked a short gig at WXRP, mornings in San Francisco, then moved to Los Angeles shortly after to work for KLOS and have a show called New & Approved (on Sunday nights from 8:00to 10 :00 p.m.). I have another radio station called Flashback with Matt Pinfield that’s on close to 200 stations in the United States. It focuses on rock history and it’s been going strong for 11 years. I also have a show on Twitch!

I have a podcast right now called Sound, Sobriety, and Success. It’s not only about my sobriety but really about everybody else’s from all walks of life. I hold that show near and dear to me because I have been sober for over 27 months now. I’m healthy and alive and I’m grateful to be here. I have a lot of things to be thankful for. I’ve been blessed with all these opportunities that I have had… and I am bringing the East Coast energy to the West Coast now.

What can you say to upcomers who want to follow in your footsteps?

Age doesn’t really have anything to do it. It can really happen at anytime. It’s about not giving up and finding new platforms to express yourself through. In the early years there were a lot of closed doors and always thought I’m not gonna break into the business. At the end of the day, your heart has to be in it. I never gave up.