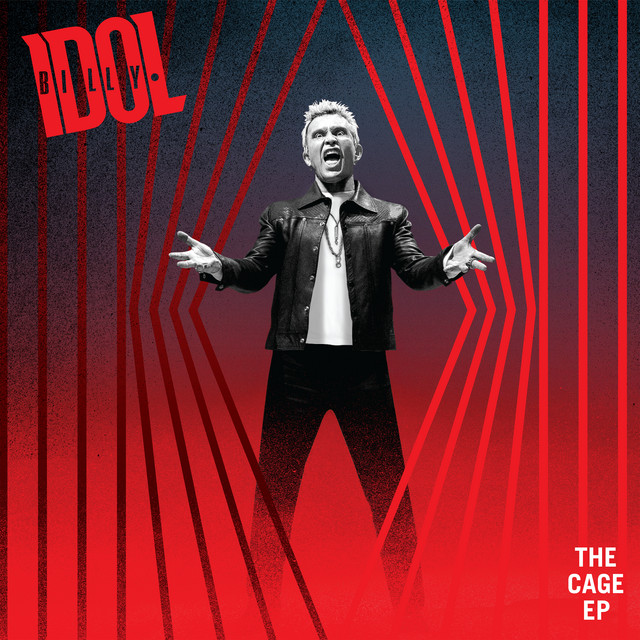 Billy Idol bursts from The Cage with what just might the formula to a late-career resurgence.

Let’s face it, most rock stars from the eighties and nineties have now chosen to rest on their laurels, performing on nostalgia tours and playing paint-by-number versions of their decades-old hits. It might be enjoyable to see these artists for the memories, but they have certainly packed away their youthful angst along with their no-long-fitting costumes and other career mementos in their mansion closets. Not Billy Idol, however. His brash new four-song EP, The Cage, which he created with long-time collaborator and guitar hero Steve Stevens, packs a solid punch. Each song on the short disc – it clocks in at less than 15 minutes – would have been major hits during said eighties and nineties. Still, the anthemic title track, filled with Idol’s trademark rage, has the potential to be rock song of the fall. And its accompanying music video harkens back to not only his best-known clips, but also a time when MTV was still a pop culture defining force.

“Running from the Ghost” finds Idol evading personal demons that still haunt him, “Rebel like You” is about finding that special kindred spirit, and “Miss Nobody” is a surprising club dance song about a darkly independent woman out for a night on the town, who is not looking for love, but is not exactly shooing it away if opportunity knocks.

Each of this EP’s four tracks are among Billy Idol’s strongest in decades, which beckons the question: have Idol and Steve Stevens stumbled upon a magic formula for veteran rockers, many who lament the death of the music industry, who cry to media that there is no use in writing new music, when it will go unheard? Is the answer to forego long-players with tons of filler and concentrate on just a few well-tailored tracks? The blueprint has certainly worked for the still-sneering, still fist-waving timeless rebel Billy Idol.

BILLY IDOL’S NEW EP, THE CAGE, IS OUT TODAY WHEREVER YOU LISTEN TO MUSIC!