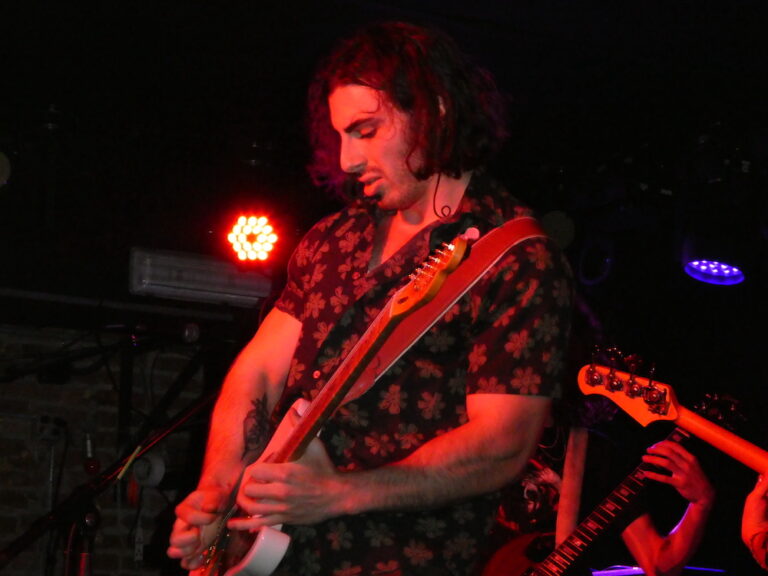 In a quiet house in a suburb of Toronto, Canada, a teenager embraced dreams of someday singing and playing his guitar in a hard rock band. Stifled in his hometown, he packed some belongings and ventured to New York City, where he connected with musicians but was hampered by tight quarters and frustrated by big city life in general. He took his dream to Los Angeles, California, where he made advances, ultimately returning home to his Canadian roots with a much larger vision and a wiser game plan.

A lot happened along the way. He recorded demos using the name BRKN Love. At first, the project was not a band, it was him, his songs and a producer in a recording studio, employing session musicians as the rhythm section. BRKN Love released a self titled debut album in 2020. The final product made modest ripples in the music industry.

Following the release of their Vol.1 and Vol.2 EPs this summer, BRKN Love is touring in advance of its second album,Black Box, which will be released on November 4. A show at Mercury Lounge in New York City was a bit of a homecoming, as the band’s trajectory sort of started there. The performance attracted a small yet enthusiastic audience.

Presenting old songs and new, BRKN Love proved on that stage that if the music industry is ever going to see a renaissance of clean hard rock music, this band is poised to take leadership. Drawing influences from some of the pillars of classic hard rock, BRKN Love is following the steps of Greta Van Fleet and Dirty Honey, reviving the tried-and-true formula of masculine vocals, melodic guitar leads, powerful riffs, pounding rhythms, and catchy songs. Benlolo sang his original songs, gathering the essence of the past 50 years of rock music while blossoming a fresh blast of originality; his performance was electrifying. The band provided the big chords, melodic riffs, rhythmic grooves, and heavy bottom, matching the caliber of Benlolo’s soulful vocals.

Is the music world ready to rock again? BRKN Love is a contender. This is a promising band with a high-energy rock ‘n’ roll show.