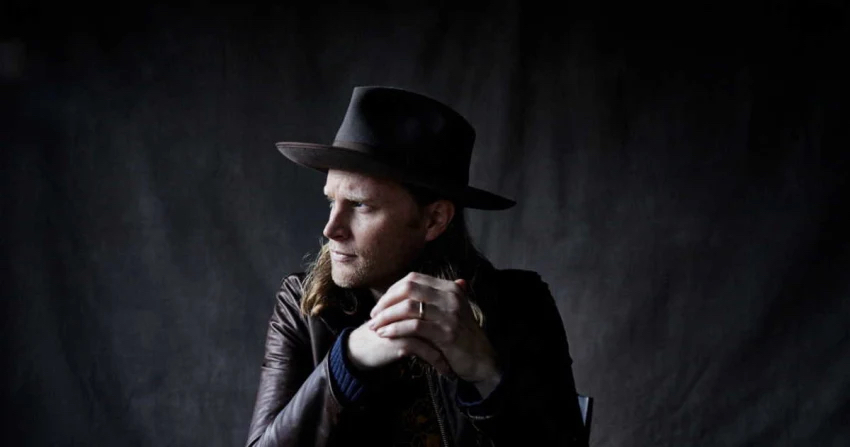 Wesley Schultz Had an Impulse To Inspire

Maybe it wasn’t planned and maybe it wasn’t expected, but without a chance to overthink, Wesley Schultz was able to bring Vignettes to life.

“It’s a love letter to these artists and the songs – that’s really what it feels like,” says The Lumineers frontman Wesley Schultz of his first solo release, Vignettes, which was released on October 30. The album contains ten tracks covering a wildly diverse range of artists, including Bruce Springsteen, Warren Zevon, and Coldplay. To make these songs his own, Schultz stripped them down to their basics and delivered them with a deliberately soothing sensibility.

“We wanted to make something that gave us comfort,” Schultz says of the way he and producer Simone Felice approached this album. “We kept saying, ‘Think about James Taylor’s Greatest Hits.’ We just really love how that made us feel in a lot of different times in our lives, and it soothed us in this way – it was like a balm. We wanted to do that with this record, in our own way. Simone just kept saying, ‘I don’t want this record to ask anything of the listener – it’s just going to only give.’ And I like that idea.”

The Lumineers frontman admits he hadn’t intended to strike out on his own until this summer, when he decided to get away from his home in Denver and spend a couple of months in The Catskills in New York. “I have a cabin out there and [Simone Felice] lives there,” he says. “We had recorded [Eric Clapton’s] “Bell Bottom Blues” a couple years before. It was a limited release and it became a more widely released song on a day we were riding around, and he was like, ‘I forgot how good that was. Do you want to do more of that when you’re out here?’”

Schultz agreed that it was a good idea and the project moved at a fast clip from there. He says recording for Vignettesonly took “about five days. It was a very quick process. Very different from what we do in The Lumineers, in terms of poring over all the details. This is more of a fly by the seat of your pants kind of feeling.”

When it came to choosing which artists to cover, Schultz says, “There was a couple of things that were tying the song choices together. I think one was that the songs themselves could take a beating. They could be broken down to next to nothing and still really resonate. That’s not most songs, so you’re just trying to find a certain type of song with that DNA.”

The resulting track list pulls from a wide range of artists and genres, but Schultz says there is, in fact, one element that runs through them all: “I think my love of music has always been that there’s pain in the song, but there’s also hope, so there’s always this interesting dichotomy.

“The best songs contain both of those for me,” he explains

Schultz points to the Sheryl Crow song he covers as a good example of this type of complexity. “I think people perceive ‘If It Makes You Happy’ as such a happy song. I think the song moves so well in her recording that you don’t almost have time to keep track of the lyrics, you just have a feeling, and it makes the lyrics a little bit underrated. To expose some of these songs for what they’re really about, to me, and my own way of seeing it.”

It was gratifying, Shultz says, to get feedback from Crow within days of his album’s release. “I got a message from Sheryl Crow saying that she heard [my] version and she cried,” Shultz says, adding that she also posted these sentiments on social media. “I was like, ‘That’s so cool!’ Because [Simone and I] thought it was beautiful, but it’s really cool when somebody hears their own work back to them and it moves them.”

Shultz says he hopes that other artists he’s covered would also approve of how he has handled their songs. “You want them to at least respect your efforts with, ‘I see what you tried to do there and I appreciate it.’ So that’s a big part of it, is not letting down some people that you really respect and admire, and hoping they like it.

“I’m hoping to hear from Bruce [Springsteen] at some point,” Schultz continues, pointing out his cover of Springsteen’s “My City of Ruins.” He quickly adds, “I didn’t cover his song to meet him, [but] that would be a very cool byproduct of this. I’ve just been playing that song a very long time. When it came out [in 2002], I started covering it.” This was years before Schultz formed The Lumineers, so he was not playing arenas then, as he does now. “I would play bars and coffee shops,” he says. The song has stuck with him all this time, because “it really resonates, so that song was always an easy one to pick to cover.”

With The Lumineers, Schultz has gone on to become one of the most popular folk rock artists in the world. The band has earned two Grammy award nominations and international hit singles with songs like “Ho Hey” and “Ophelia.” With Vignettes, Schultz is giving his fans a glimpse at what influenced his work – and he hopes that listeners will be inspired to learn more about those artists, as well.

“Counting Crows were part of my growing up,” Schultz says, pointing to his cover of that band’s song “Mrs. Potter’s Lullaby.” “There might be another generation that doesn’t really even know about them. They have this beautiful catalog of music, so it’s exciting to think that you could introduce people that.”

As he discusses these artists and songs, Schultz is unapologetically enthusiastic. “We live in an ironic era, or a post-ironic era. I don’t even know what it is, but everyone’s afraid to say they like something,” he says. “They’re proud to wear a shirt of the band that represents some ideology but they’re really afraid to express vulnerability around liking something. Everyone’s being too cool for school. But I think every artist who’s worth their salt really loves a lot of different music.”

Schultz hopes to convey his more open approach to music with Vignettes. “The way we presented the songs was an effort to strip back and try to get to some earnestness and honesty. It’s like we say, ‘Music is medicine.’ We hope the music we make heals a little bit because people need it.”

VIGNETTES IS AVAILABLE WHEREVER YOU LISTEN TO MUSIC. YOU CAN KEEP UP WITH EVERYTHING WESLEY SCHULTZ BY FOLLOWING HIM ON INSTAGRAM.