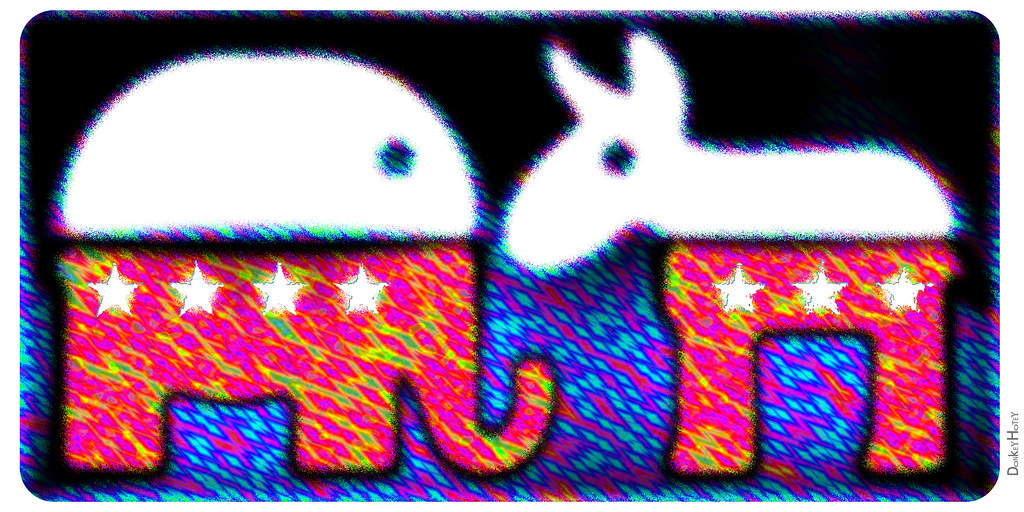 "Republican Elephant & Democratic Donkey - Icons" by DonkeyHotey is licensed under CC BY 2.0

…And The Waning Progressive Patience

It made perfect sense that Joe Biden would use the kumbaya tactic during his 2020 campaign for president. The divisive atmosphere in Washington D.C. was ratcheted up to all time highs during the previously disastrous presidency. He sold the image of the uniter. He had spent decades in the Senate as a mostly centrist Democrat and he served two terms as Vice President getting things done for a mostly incommunicative novice as his boss. Biden, he told us, was the perfect choice to unite the political divides – but it was bullshit. Even if Biden didn’t believe it – because I think he did – someone needs to wake him up to reality. There is no bipartisanship to achieve. It is a fantasy, and whether his presidency amounts to much in the coming months before another election season emerges for the midterms, there will be stasis for any agenda. In the process, he risks losing the progressive wing of his party in the process.

Once the Republican Party rejected a bipartisan attempt to investigate the January 6 insurrection, it became plainly obvious (if the last twenty years hadn’t been enough of a clue) that neither party has any desire, or more to the point, political motivation, to compromise or even reluctantly work together for some of the most important measures in front of us; most notably infrastructure – purportedly supported by both parties and wildly popular in polls and something equally supported by the prior Republican president.

Infrastructure – or whatever Democrats and Republicans agree its definition – is a must. This has seen some movement, as a bipartisan group of ten senators recently came up with a proposal for $974 billion in infrastructure spending over five years and $1.2 trillion over eight years, including $579 billion in new government investment. This will doubtless irk progressives – no corporate tax hikes and very little on climate change initiatives – and scare conservatives, who want to do nothing and help Biden fail. Although, all indications are that it will be chewed up, fucked with, and tossed around by both parties until it is a shell of its original form. This is how gridlock happens.

The other more pressing issue for the country is the attack on voting rights in full order by Republican-led legislatures and governors across 22 states now, but more are to come. Nearly half the nation is restricting many ways to vote, which effects every voter, Republican and Democrat, but is designed to curtail lower-income African American areas that cost Republicans in key swing states. Congress, at the federal level, has been tasked with dealing with this. But remember, there is no political capital left for Republicans to fight their own on anything. As discussed here last week, as long as the former president claims, without any proof, that the 2020 election was stolen from him, his voter block must be kowtowed to. This is basic Politics 101. So where does that leave the federal government to protect the civil rights of voters everywhere? Or should the federal government even be involved? Can it not afford to? None of these questions seem to be recognized, despite the mounting evidence that the very core of democracy is being threatened.

This is Joe Biden’s fantasy obliterated.

Progressives, who were weirdly banking on a sweeping Roosevelt-type agenda despite losing every candidate in the 2016 Democratic presidential primaries, are losing patience. Right now, many of them have seen fit to blame Joe Manchin, a heretofore strange anomaly and a Democratic senator from the deep red state of West Virginia, who has zero interest in going full-on progressive and is happy to ride the Joe Biden bipartisan fantasy all the way to avoiding a vote that would cost him his seat back home. Manchin is certainly an issue for a 50-50 senate for Democrats, but infrastructure and a voting rights bill (there are currently two in question) need 60 votes. That is 10 Republicans in an environment that saw merely six Republican votes for the attack on the Capitol in which their own lives were in jeopardy. Good luck with that.

Manchin is not the problem, bipartisan bullshit is.

Talk of blowing up the filibuster rule, which would make it purely majority rule, is madness. Manchin is not the only one who will vote to stop it. Many Democratic senators have commented off-the-record that they have no stomach for it. Anything done from here on out on a Biden agenda must be done through reconciliation, which only needs a majority vote. In that case, Manchin needs to be corralled. Easier said than done.

I haven’t even touched on police reform, which is woefully overdue for legislative debate, as it continues to be a systemic stain on this nation. The police unions must be made to cough up their racist, shitty cops, or the structure of the police, without the help of Defund the Police shouts or Black Lives Matter protests, and all the blue waving flags around, cannot hold this boondoggle. There is a reckoning coming on this issue. It is only a matter of time.

I do not have a solution for any of this. That’s not the point here; just pointing out the obvious, that seems to have escaped our president. There is no path forward with bipartisan support in the senate. I think the best way to govern is with reality, and we already tried the last guy who was not familiar with the concept. Let’s hope the new guy can get it together.

Seeing how the economy is opening up and jobs are coming back and the fallout of shortages and looming inflation could very well be on the horizon, this president must face facts.

The clock is ticking on majority rule for Democrats.