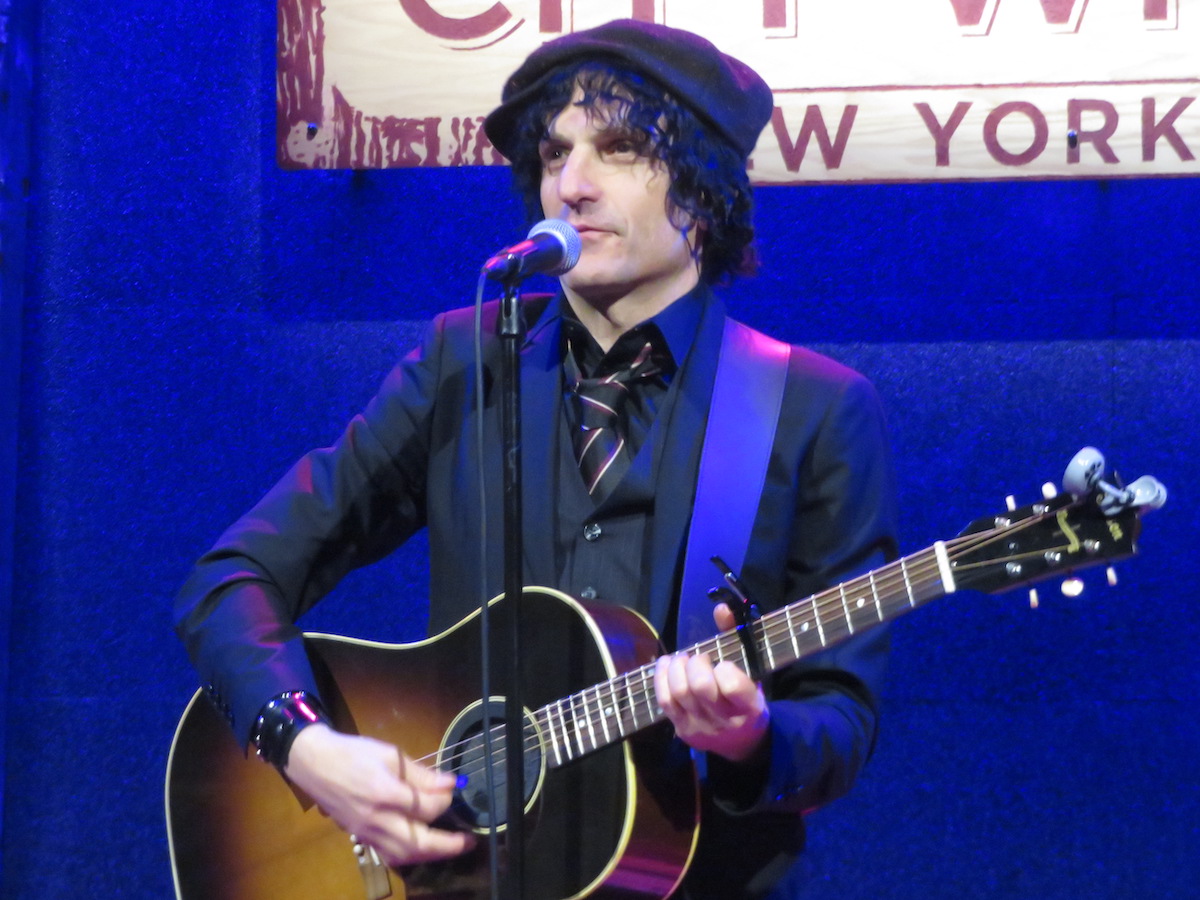 As the lights dimmed and the curtains closed on the view of the Hudson River, Michael Dorf, founder and CEO of the City Winery franchise, walked on stage and introduced Jesse Malin as “the mayor of the Lower East Side.” This is an honorary yet unofficial title that Malin has heard many times before. Raised in Whitestone, Queens, Malin found his way to CBGB when he was just 12 years old, and later, as an adult, permanently relocated to the area. He is an avid and perpetual supporter of the local music scene, becoming the co-owner of live music-centered venues including the Bowery Electric, Lola, and Niagara. “Mayor of the Lower East Side” is a dignified gesture that expresses the community’s appreciation of his commitment to the local music scene.

Malin remained highly visible during the pandemic. He performed weekly live streams, first a series of solo shows from his loft apartment and then band performances from Berlin. As soon as advertised concerts resumed in April, he relit the Bowery Electric stage for four sold out shows. This was followed by several concerts at City Winery NYC and more shows at the Bowery Electric.

At Malin’s most recent performances at City Winery NYC, he showed that he also has been busy writing new songs. Malin is a prolific writer and the songs he debuted proved to be as solid as his earlier catalog. Malin’s repertoire found the right balance between gritty street rock and tender heartbreak songs, and his sometimes gruff and sometimes reedy vocals fed the mood of the lyrics. The band, comprised of guitarists Derek Cruz and David Immerglück (of Counting Crows), keyboardist Rob Cloris, bassist James Cruz, and drummer Randy Schrager, crystallized the impact of Malin’s songs with sharp solos and tight arrangements.

Malin is not only a proven singer-songwriter and band leader, but he is also an exciting performer. At City Winery, he engaged the audience between songs with anecdotes of his life’s journey and the inspirations for his songs. When he started rocking, he threw himself back and forth on the stage and several times walked onto the table tops of his biggest fans, who stood and danced by the edge of stage apron. Malin then descended into the audience to dance in the aisles. Malin started the show dressed in formal business wear and ended without the suit jacket and tie and with his sweaty shirt unbuttoned to his navel. He was all in for the rocking.

Malin is already a music veteran, having released his songs into the world for more than 30 years. The caliber of his material and performances remains at a high level. It is a wonder that the music of the Mayor of the Lower East Side is not more popular worldwide.