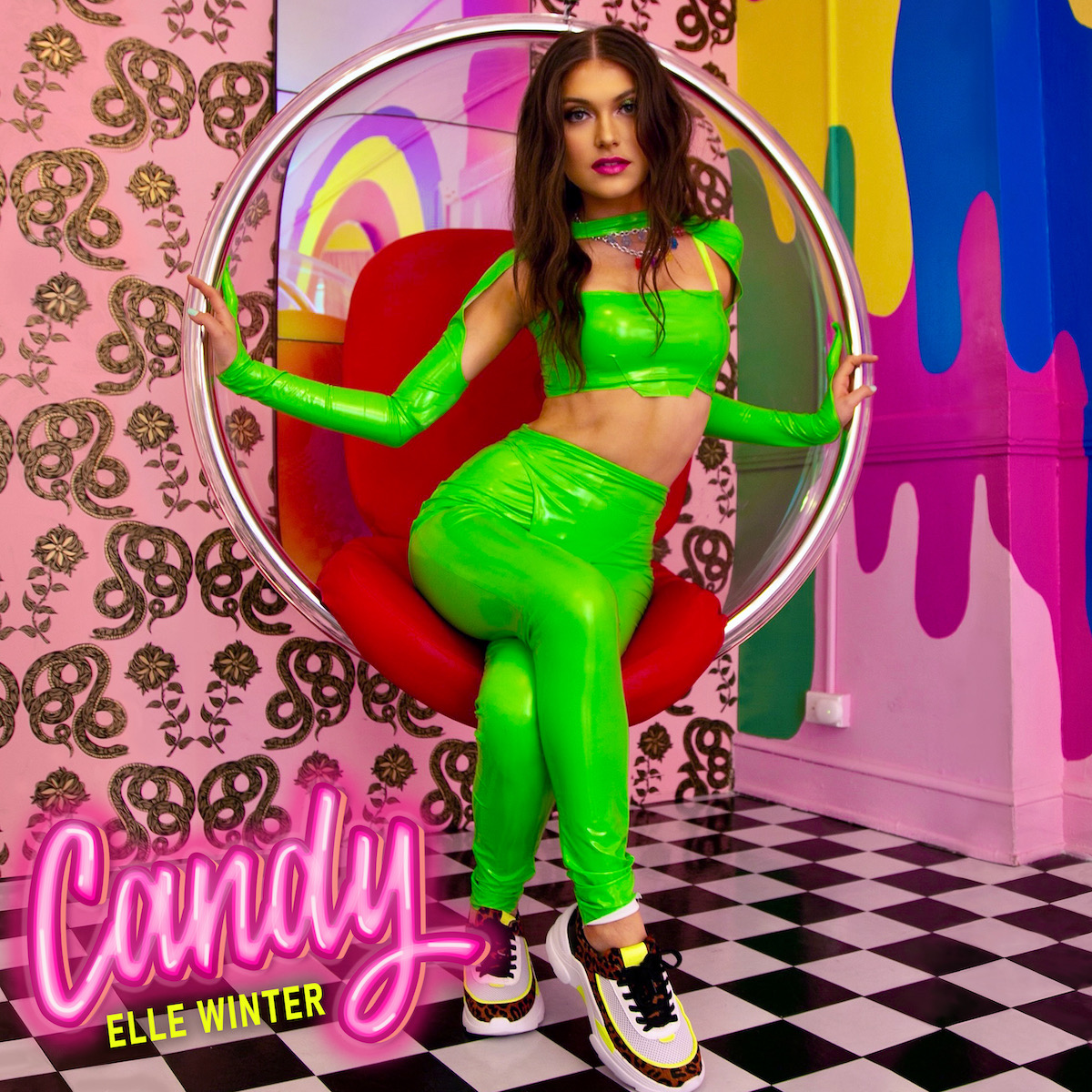 Sassy, sweet, and everything in between – Elle Winter’s new single is (tooth) achingly irresistible and remarkably precocious.

How many songs are named or reference “Candy”? There’s Mandy Moore’s sickly sweet debut single, of course. Our friend Yungblud had a single last year titled “cotton candy” that everyone adores. Madonna’s “Candy Perfume Girl” was a staple music video on MTV in the late nineties before the music aspect of the network was phased out. We can’t leave out one of the most famed one hit wonders, “I Want Candy,” by Bow Wow Wow.

Adding to that list is Elle Winter with her hot new single, “Candy.” The lyrically clever and musically hypnotizing track is setting the stage for a forthcoming era and even grander rise to fame. The New York City girl is growing her fanbase and slew of hit songs with pep in her step and “Candy” on her mind. You couldn’t ask for this bop to come at a better time than now, when we’re all gearing up for summertime flings and fun.

On the surface, “Candy” wants you to have fun, let loose, and dance the night away. Dissecting the lyrics, though… that unlocks another level to this sweet (pun intended) song. There is already a variety of layers found within the production of this song, which only furthers the infectious, technically-savvy, wavy sound it gives off. The lyrical component of this new single is what sets this song apart from much of the dance pop artists striving to find their place on Spotify playlists. Winter uses these uptempo, new wave pop stylings to simply back the anthemic words empowering the listener to stand their ground in all of their relationships – platonic or otherwise.

“I know what you’re doing,” starts the short, but telling bridge of the track, allowing the rising star to really look you in the eye and make her point. She’s smarter than you think and sassier than you can imagine, so you can’t treat her wrong this time around.

Nobody wants to feel like they are a puppet on a string. Nobody wants to feel like they are being walked over. Nobody wants to be part of questionable, compromising games. Elle Winter illuminates that, figuratively, with an electric sound. There is real, vivacious energy entrenched in this track right from the start, kicking off with whimsical, but delicate EDM tones before jumping into the deep end of Charli XCX and Doja Cat influenced melodies. Throwing all Elle Winter is known for as a rising pop icon with a Hollywood starlet background into a blender with her playful dance music predecessors has churned out the most understated, but deserving pop career. With music as her very first love, a mission to motivate through spunky songwriting, and groovy, TikTok-ready singles like “Candy” dropping this year, Winter is set to go toe-to-toe with the Cher Lloyds and Dua Lipas of the world.

“CANDY” BY ELLE WINTER IS OUT NOW!