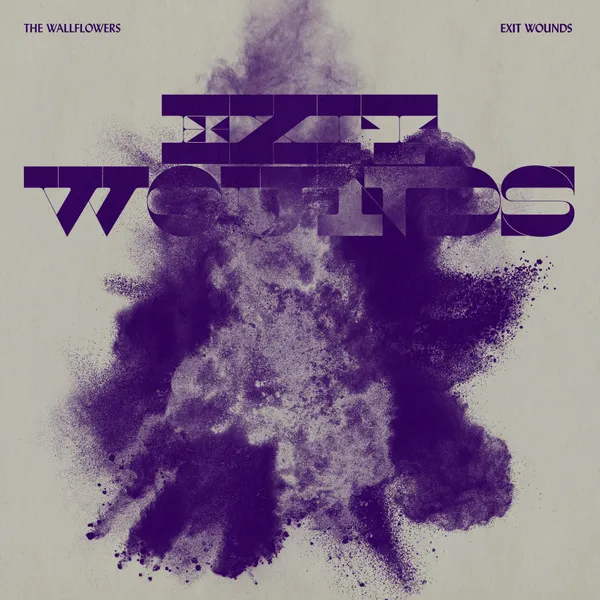 The Wallflowers, fronted by son of Bob Dylan, Jakob Dylan, have been a rock staple since their hits “One Headlight” and “6th Avenue Heartache” saturated the radio in the nineties. After nearly a decade-long hiatus, they’ve returned with their seventh studio album, Exit Wounds, which is their first full-length LP since 2012. This record takes up a storytelling Americana/folk style while maintaining those cores underlying soft rock roots that make this band who they are. Singer-songwriter Shelby Lynne adds something beautiful to the mix on a few tracks, harmonizing with Dylan as well as contributing some of her own solo vocals. Furthermore, producer Butch Walker also lends some of his vocal talent to the record. These additional voices definitely add a new charm to The Wallflowers’ sound. The album title, Exit Wounds, seems as though it could be a poignant analogy for what we have all been going through for the past few years. Dylan is bringing us back together with song.

Opening track and second single released, “Maybe Your Heart’s Not In It No More” really shows you the way, shining its light on the rest of the record. It seems as though this is an anthem for freedom and letting go, and the lyrics reinforce that it’s okay to let go when feelings change over time. “It’s gone quiet it’s gone cold / Acting like someone’s you don’t know / Used to rumble used to roar / Whatever it’s doing it didn’t before / Maybe your heart’s not in it no more.”

The next track, “Roots and Wings,” debuted live on television earlier this year and was the first single off the album. This number is a spiteful lashing out against someone who likely used Dylan and took him for granted, as he sings, “Now tell me who could do more / Set myself on fire keeping you warm / And now I’m off the hook and he’s on your chin / But I gave you roots, yeah baby I gave you wings.” He implies that he is the reason that the subject ever became the person that they are now.

Picking up with “I Hear the Ocean (When I Wanna Hear Trains),” this bluegrassy tune bounces you along, telling a story of longing for where you would rather be. Catchy guitar licks grab your ear throughout, as well as a welcomed harmony in the chorus. “The Dive Bar In My Heart” keeps the pace, telling of a somewhat harrowing dream that Dylan can’t (or doesn’t want to) wake up from just yet. He lingers in this dream, where he remains in a bar that isn’t particularly ideal, looking for someone he perhaps can’t see beyond his imagination. This was one of the most substantial tracks lyrically.

“Darlin’ Hold On” is a soft ballad featuring a pleasant vocal harmony from Lynne, before leading her own way through the second verse. Dylan and Lynne’s voices coming together for the chorus mirrors the lyrical content of the song. The chorus encourages the listener to stay strong even though a person they care deeply about is not physically with them, implying that they’re still there to help guide them through the pain. With perfect, classic cadence, this was an enjoyable, saccharine song.

Getting back to Dylan’s gentle rock and roll, “Move The River” is an upbeat number musically, while warning of impending doom lyrically. He sings of various omens that signal the end of days, implying things will only get worse before they get better if we don’t drastically course correct soon. Lynne’s harmonies really shine through here, making the song even more soulful and impassioned.

“I’ll Let You Down (But I Will Not Give You Up)” is a chilling serenade, as Dylan tells a story of an inevitable disaster he is trapped within. Though he knows he cannot save the person he sings about, he promises to stay by their side through the struggle. “The rescue is leaving having not been brave enough / The guide book we’re sharing has ended with saying / You’ll do whatever you must.” His storytelling reaches a high note on this Americana masterpiece.

Suddenly, the album shifts from bold Americana to some slow folk. “Wrong End Of The Spear,” a seemingly fictional story, allows Dylan’s peak singer-songwriter moment to come through. An upbeat folk song transitions into a rock and roll tune with the same storytelling accent. We finish this record with the tongue-in-cheek “The Daylight Between Us,” a love song of sorts, that is based in slow blues-rock.

As a whole, this record was a pleasurable listen due to Dylan’s ability to cross genres with his music, which is likely aided by the fact that he’s used a different backing band for every one of his albums – Exit Wounds being a welcome addition. Jakob laid many layers to his seventh studio album, making for several more mainstream hits as well as deep cuts that will surely be appreciated. There is a significant amount of variety to all of Dylan’s work, so this is a record you won’t want to miss.

THE WALLFLOWERS’ EXIT WOUNDS IS OUT NOW ON ALL STREAMING PLATFORMS!