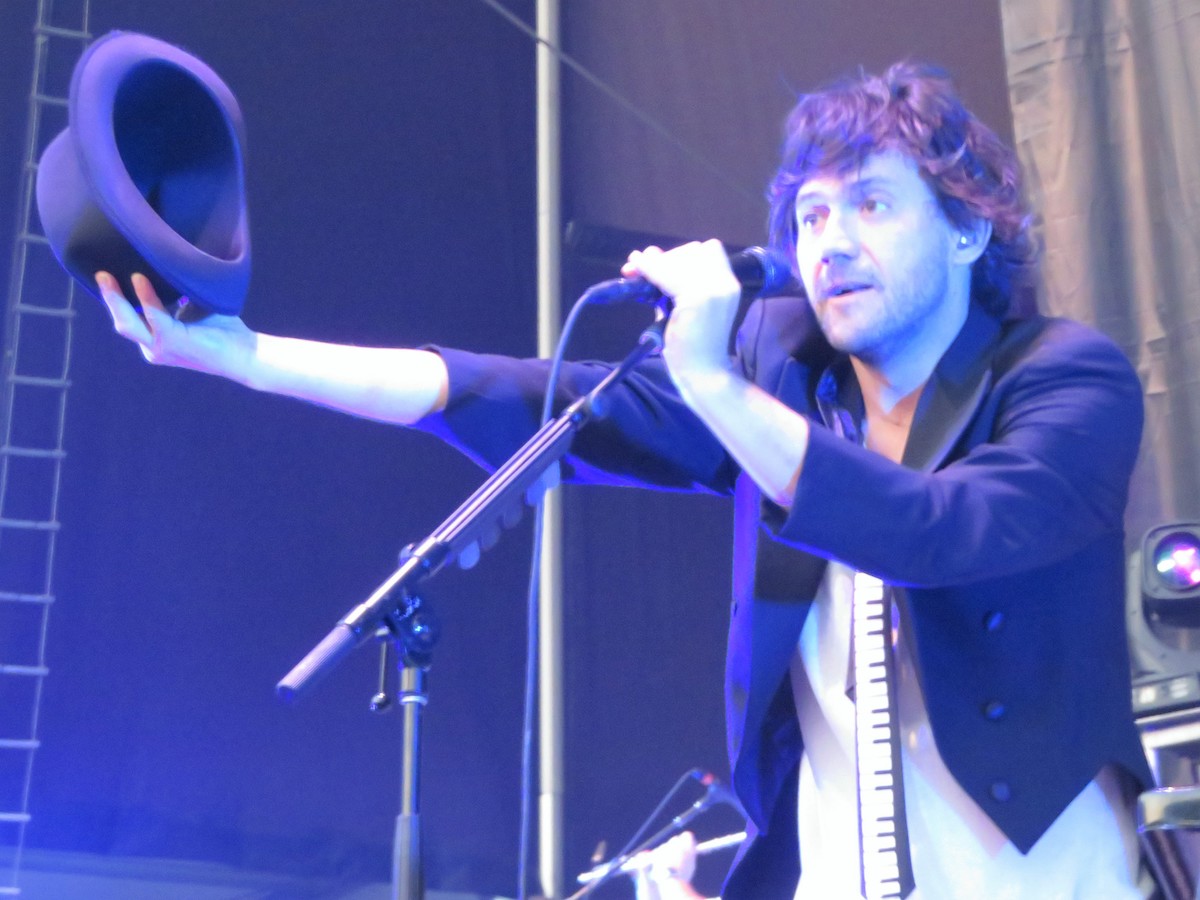 Bright Eyes is Conor Oberst’s most commercially successful project, yet he frequently reinvents himself with new bands drawn from the indie music scene in his native Omaha, Nebraska. After a nine-year hiatus, Bright Eyes returned in 2020 with a new album, Down in the Weeds, Where the World Once Was in 2020. The band was unable to tour that album until now. This summer’s tour would be the band’s first outing in 10 years.

At Forest Hills Stadium, Bright Eyes expanded to include an eight-piece string section, four horns and more. The musicians came on stage without Oberst and performed a cover of Christopher Cross’ “Arthur’s Theme (Best That You Can Do)” to celebrate the band’s arrival in New York City. After a few minutes, Oberst came on stage wearing a black top hat, a black coat with tails, a white loose-fitting smock-type shirt. and a piano key tie. He walked with a black cane. Oberst and Bright Eyes launched the set with a unique and festive entrance.

It did not take long to surmise that Oberst was anything but a silly person, even as he used his top hat like a vaudevillian prop. Through much of his set, comprised of old songs and new, his wordy lyrics articulated with gravity, his projection was somber, and his persona stuck as characteristically sad. Yet, even as heartsickness seemed to spill all over the stage, this deep and foreboding sense of despair and combustion was what made him a compelling artist on that same stage. That he hardly spoke with the audience made him even more mysterious and curious.

Thanks to all the musicians on stage, the sound was big. The set modulated from rocking songs to more pensive, moody work, and this latter side was where the string section was most effective. Some songs even embraced a bit of country twang. Overall, even with the lush arrangements, Bright Eyes captured an independent, indie corner of the musical spectrum.

Toward the end of the show, Oberst seemed to get a bit lost. He forgot or mumbled some lyrics. For the final song, he rallied and ended the performance with the same pizzazz as he started. This time, he walked onto the speaker cabinets in front of the stage, leaned over the audience barrier, and touched many outstretched hands. Though his physical reach was limited, he seemed to have touched many in his audience.

Arthur’s Theme (Best That You Can Do) (Christopher Cross cover)

Lover I Don’t Have to Love

We Are Nowhere and It’s Now

No One Would Riot for Less

The Calendar Hung Itself…

First Day of My Life

I Believe in Symmetry

One for You, One for Me