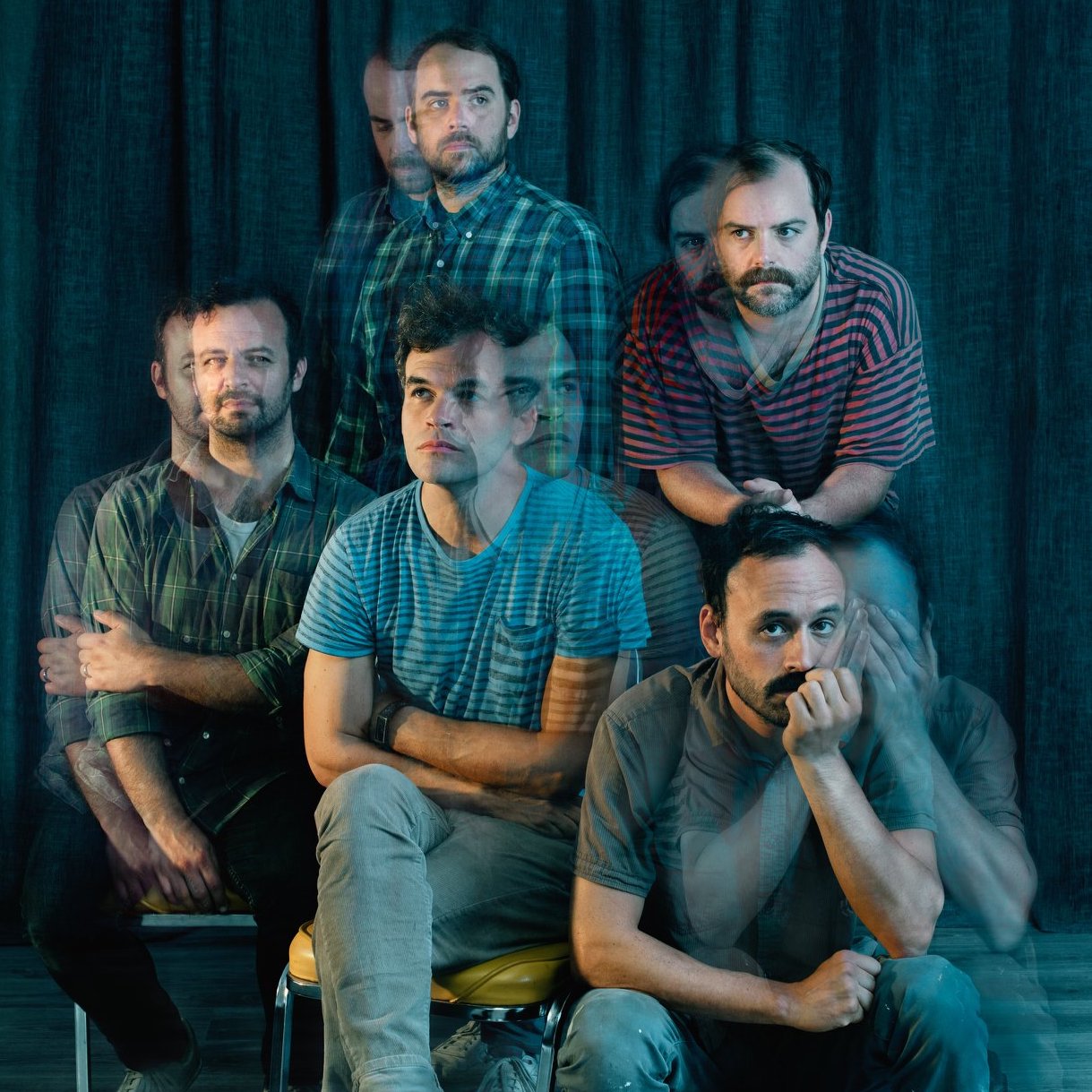 MewithoutYou kick off ‘The Beginning Of The End’ tour at Union Transfer.

There’s always an end point with things – nothing lasts forever. It’s a fact of the finite existence of life and everything that encompasses it. It’s especially a fact with music, bands will break up eventually with the only dividing line being ones who broke up because of things they couldn’t control and ones who broke up on their own terms. Philadelphia indie rock act mewithoutYou are going down the latter route with this calendar year due to be their last. Because of COVID-19 pandemic, this farewell has been delayed, but on August 14 and 15 the band will be performing back-to-back hometown shows at Union Transfer to kick off “The Beginning Of The End” with the second night celebrating 15 years since the release of their third album Brother, Sister.

Frontman Aaron Weiss talked with us ahead of the show about pursuing a new career during the pandemic, reading books that were around the house he grew up in, living out in Idaho, and being comfortable with uncertainty.

In the fall of 2019, mewithoutYou announced that 2020 would be their last year as a band and then COVID-19 changed everything the following March. What was your mindset like when the pandemic shut everything down and when you had these plans to have it be the final year of the band? At least, before everything got turned on its head.

It’s hard for me to answer on behalf of the band because I’m living out in Idaho while the rest of the band is living in Philadelphia. I actually don’t see them very much and the pandemic exacerbated that distance, so I literally haven’t seen most of the band in about a year-and-a-half. I kind of feel a little out of touch with them. I can speak from my own experiences and memory of how I felt when the pandemic was closing in and things were changing where we realized that we couldn’t do the upcoming tour and the following tour we had planned. I don’t remember feeling too disrupted by that because I personally was in no hurry to do a farewell tour with the band to kind of formally and finally coming to a close. I thought that it would be nice to have a little extra time where we could all get other things going and get our ducks in a row for our next jobs and careers.

I was relieved to see our timeline extend a bit, but I do sense that the other guys in the band felt a bit more anxiety about the whole thing with the lockdown, the pandemic in general, its effects on our band’s schedule, and the uncertainties that accompanied them. I think I’m pretty comfortable with uncertainty and ambiguity in a way that I experience it differently than other people.

That’s a good mindset to have, being more patient about it than anything else. What did you do to keep yourself occupied during lockdown? Did you do a lot of reading and writing or did you do other things?

Yes, I did both of those things. I started two new jobs that I immediately applied for to do teaching, so I was doing that remotely. It kept me busy because I learned a lot about the technology that I was using to teach along with the content and the subject matter. I also learned about the cultures of the schools I teach at and all the kind of bureaucratic stuff that comes with starting a job. It was a really busy time for me and I kind of shifted on a dime from one career to the next so I didn’t feel like I had any downtime. I jumped from the frying pan into the fire I guess.

Your lyrics and vocal delivery is inspired a lot by poets such as Rumi, John Donne, and others. What has always gravitated you to poetry? Have you always been a fan of it since you were young?

I don’t remember liking poetry when I was young, but when I was an undergrad in college I majored in English and that carried with it a component of literature and poetry. They were courses that I took by necessity and that’s when I first read John Donne, but I’ve only used his inspiration for just one song on our first album which was about 20 years ago. I don’t know much of John Donne’s work other than that, so I can’t say that I’m a big fan of his only because I never really looked too much into it. Rumi is a different story – his poetry as translated by Coleman Barks is pretty close to me in terms of my own background from being raised in a Sufi context.

His poetry is associated with that tradition and it speaks to the values and the teachings I was immersed in from the time I was very young. It’s not so much that I went looking for poetry necessarily. (I’ve never been a huge consumer of it.) It was more of just reading the books that happened to be laying around. My mom has some Rumi books and I started reading them. I couldn’t deny that there was something beautiful there and meaningful to my life, it’s just kind of whatever I happen to bump into and if it moves me then I’ll incorporate it into whatever writing I’m doing. It’s kind of a chaotic, unpredictable piecemeal approach and it’s not something I’m generally immersed in.

The upcoming shows at Union Transfer will take place as usual with you guys on stage and an audience on the floor, but you’ll also be live streaming both shows. How do you plan on making the live stream happen? Will you have a video crew at both shows?

I have to admit, I really don’t know. When the idea came up to originally do a live stream, I wasn’t very excited about it. It wasn’t going to be a live show, the idea was to do a concert that was going to be broadcasted during the pandemic so people could see us play and we could keep busy while COVID-19 was in full throttle. I really wasn’t in favor of that idea mostly because I’m out in Idaho and I would have to find my way back to Philadelphia to do it. Also, I couldn’t imagine how it would look like to create a live concert experience and transmit that through the internet.

I just thought that it’s bound to be something less than the full in-person immersive experience so I didn’t have the vision for it. I’m sure some bands or performers have been able to innovate on that front and have really cool remote performances, but I didn’t – and still don’t – have the space for conceiving of those. I’m not very motivated to figure out how we could make a concert come across through the internet in a way that’s exciting. I’m not really geared that way to think about that. With that all said, I trust our manager and we have a team that’s doing the video work and we have a team that’s doing the lighting so there’s people who are focused on those elements. I hope it comes across as something special for those watching but my job with the whole thing is to show up, sing, play and do my best on stage while not worrying too much about how it’ll come across to those watching online.

I totally understand your view on live streaming because from seeing mewithoutYou live, your approach to being the frontman of a band tends to have you feeding off the crowd. It’s understandable how a virtual show with no live audience can make you feel out of place.

After mewithoutYou’s farewell tour, do you plan on just going back into teaching, focusing on education, and pursuing it as your next career? Do you think the door is always open for other projects when it comes to music? What are your plans going forward after the band ends?

Now that I’ve started it, I’m planning on continuing teaching through the upcoming year with mewithoutYou’s touring plans unfortunately being complicated by that. Basically, the band is working around the academic calendar where we could only do a little bit of touring in between the fall and spring semester and then more touring during the summer break of next year. Now that I’ve gotten my foot in the door with teaching, I don’t want to go back to music full-time, so for the next year or so I’m going to be juggling both. After our farewell tour, I’m uncertain that I’ll have a career with both of the schools I’m teaching at because I’m on a temporary contract that’s either semester by semester or one year at a time. I don’t have a long term tenure type of position, so I don’t know if i’ll have a career in either maybe a year from now.

In that case, I’ll probably have more free time to put toward music. If I attain a full-time teaching career it’ll give me a nice sense of stability or a project I can throw myself into with benefits and a salary to pay the bills. I would still have summers off to still concentrate on music if it’s something that feels right but it does feel necessary for me to let go of music, give up my sense of attachment to it and turn away from it to look elsewhere to see what my life would look like if I’m not immersed in it and planning on doing album after album and tour after tour. How would I feel waking up every morning and going to a teaching job for a couple of years? Would there be something missing from my life, or would I be sad or would I feel relieved?

It’s hard to imagine that music would have no place in my life whatsoever. I certainly didn’t feel that the degree of intensity that mewithoutYou have sustained over the years was sustainable into the future for me now having a family with a wife and two children. I guess this is a long-winded way of saying I don’t know. I’ve been thinking about it, but I’ll have to wait and see how the next year unfolds with my teaching and how much free time I’ll have to do music once things settle down.

MEWITHOUTYOU COMES TO UNION TRANSFER IN PHILADELPHIA FOR THE FINAL TIME ON AUGUST 14 AND 15. GET TICKETS & INFO HERE!