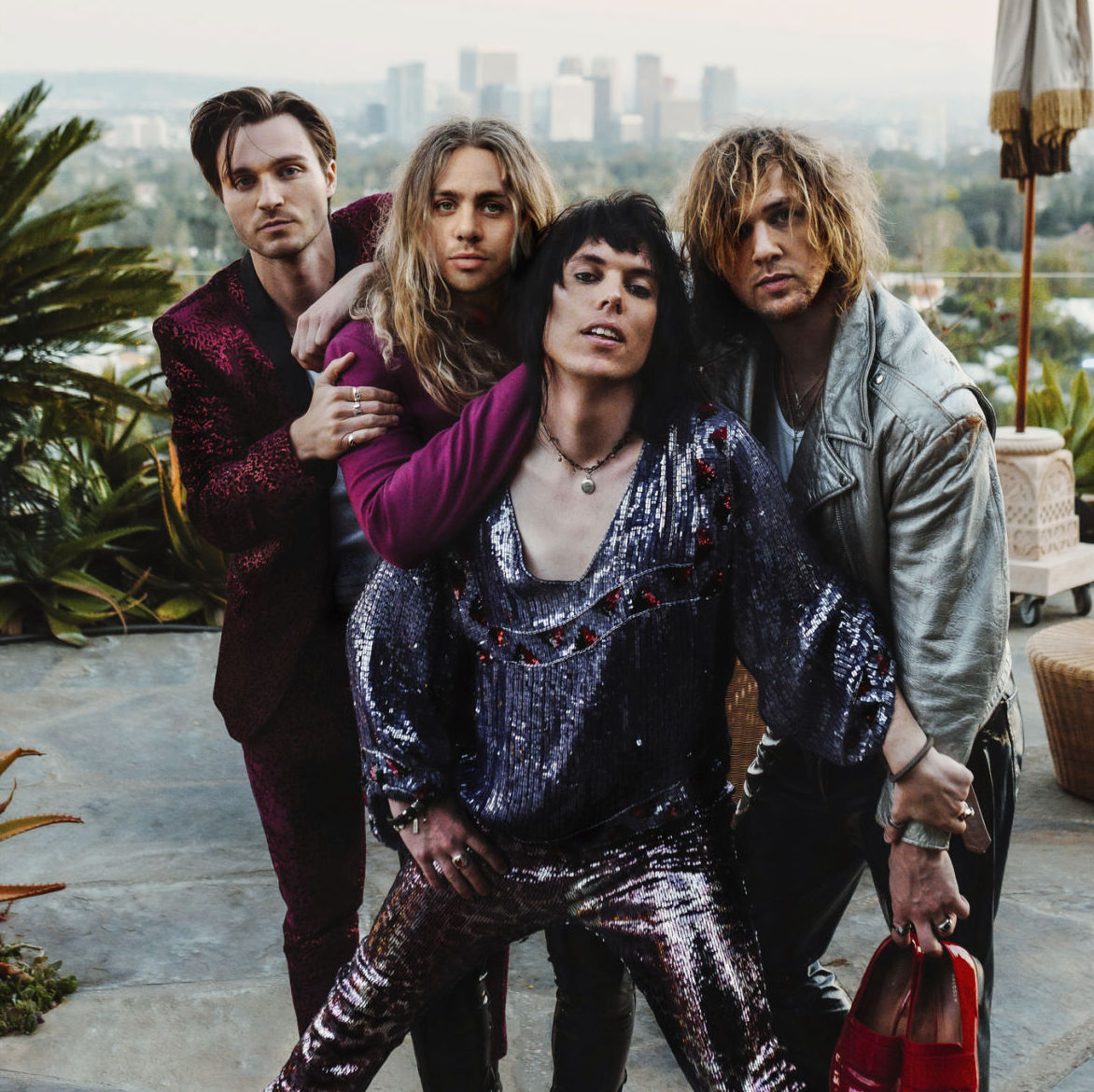 The Struts Are Fun-Loving, but Still as Prolific as Can Be

From Lana and Billie to the Foos and the Stones, The Struts are an illustrious rock outfit with a glittering, masterful hand in just about everything – even if you have yet to realize it.

Anyone in the know knows The Struts. The English band, which consists of singer Luke Spiller, guitarist Adam Slack, bassist Jed Elliott, and drummer Gethin Davies, have helped breathe new life into rock and roll, while simultaneously making a sound all their own.

The band’s 2016 debut studio album, Everybody Wants put The Struts on the map and suggested they were not to be slept on. Then their release of 2018’s Young & Dangerous confirmed they were the real deal — and then the hits kept comin’.

Last year, The Struts recorded their third album while shacked up during quarantine. The soulful Strange Days was born in the midst of a world ravaged by change and uncertainty, but somehow, that album helped provide a glimmer of hope.

When in the company of Luke Spiller, you can’t help but wonder if he’s the last of the good ones or a welcome reincarnation of those we’ve come to long for. One thing is for sure: You know you’re in the presence of the kind of frontman who will be revered by future generations. He’s got all the ingredients poised to form the quintessential rock god: glamour, magnetic sex appeal, and just the right amount of audacity.

I was thrilled to pick Luke’s brain before The Struts touch down in New Jersey for a September show at the Stone Pony and an October date at NYC’s revered Irving Plaza.

Tell us about the Strange Days Are Over Tour. Where are you most excited to visit — and why is it New Jersey and New York?

Well, firstly, I am quite looking forward to getting back out on the road and gracing the human race with my presence, but I’m equally as excited to catch up with the fans – and it goes without saying that New Jersey and New York have always been absolute highlights of every tour we have done. The home of The Boss and the Big Apple: Truly wonderful places to play.

Do you have any concerns about the pandemic now that some bands seem to be canceling or postponing their shows?

Yes, I do, and so does the whole band. I’m under strict instructions to stay as safe as possible.

You’ve collaborated with Robbie Williams, Tom Morello, Phil Collen, and Kesha. Who is your dream collaboration, dead or alive?

All of the above have been an absolute pleasure, but my queen is Lana Del Rey. I’d love to sing with her. She is a siren and one of a kind.

Speaking of collaborations, you just put out “Low Key In Love” with Paris Jackson. How did that  come to be?

We had met at quite a few parties and various functions that one attends when entering the mysterious world of Los Angeles. Once the song was recorded, I asked if she would be interested and she said yes. Paris is brilliant and a true individual.

Many bands hit the inevitable slump following their second album, but I think Strange Days hits just as hard as Young & Dangerous and Everybody Wants. How do you plan to keep the momentum going?

I’m always thinking ahead and I get bored very easily. I’m already thinking about album number four and it’s going to be the most daring yet… the moment you didn’t even know you had been waiting for.

You famously wrote Strange Days in 10 days. How did the pandemic and everything going on in the world affect your writing process and what you wanted to accomplish with that album?

Well, we never intended to record an entire album. It was just the perfect storm of being locked away together met with a burning desire to write as soon as we got into a stride. But, since then, I’ve been incredibly focused on my lyrics more than ever, which has been a great exercise. I do love to tell a good story.

You moved to Los Angeles in December 2020. How are you finding it?

I’m back in the UK at the moment, but I loved it. I got sucked into Los Angeles, the good and the bad. I got a lot of great work done, but I also partied extremely hard. I discovered the joys of dodgy doctors willing to sell me a platter of pills that at first were rather fun, but I’m off all of them now. It was also a great time creatively. I wrote and recorded a whole bunch of songs – some not even for The Struts! I even wrote two songs for the latest James Bond film, but was beaten by Billie Eilish, of course.

You’ve been described as a musical love child of Freddie Mercury and Mick Jagger. How important is it to you to keep their style of music and bold fashion sense alive in 2021?

I don’t really think about it a whole lot to be honest. I just wear and sound the way I want to be seen and heard, simple as that, but it’s always flattering – despite the fact I will never be as original or prolific as the two of them.

You’ve opened for Guns N’ Roses, Rolling Stones, The Who & Foo Fighters. Which tour was your favorite? Are there any memorable moments?

Well, to open for the Stones was an absolute dream and just a joy to watch then from decent seats. Although, the Foos took us under their wings and really helped us to grow as a touring band. We remain good friends with them because they simply are amazing people — and a cracking band.

What’s next for The Struts? Any fun surprises in store for this tour?

We will definitely be playing some new songs from Strange Days, which I’m sure everyone will enjoy. In terms of what’s next…. I’d say a little time off during the winter and preparing for the fourth monster of an album that’s to come. The world is my oyster so who knows what new opportunities are going to arise. Thank you for the interview, by the way, I missed talking about myself.

THE STRUTS’ CRITICALLY-ACCLAIMED STRANGE DAYS IS AVAILABLE WHEREVER YOU LISTEN TO MUSIC! YOU CAN CATCH THE STRUTS IN ASBURY PARK ON 9/9, PHILADELPHIA ON 9/10, AND NYC ON 10/8. FOR TICKETS, VISIT THEIR WEBSITE!