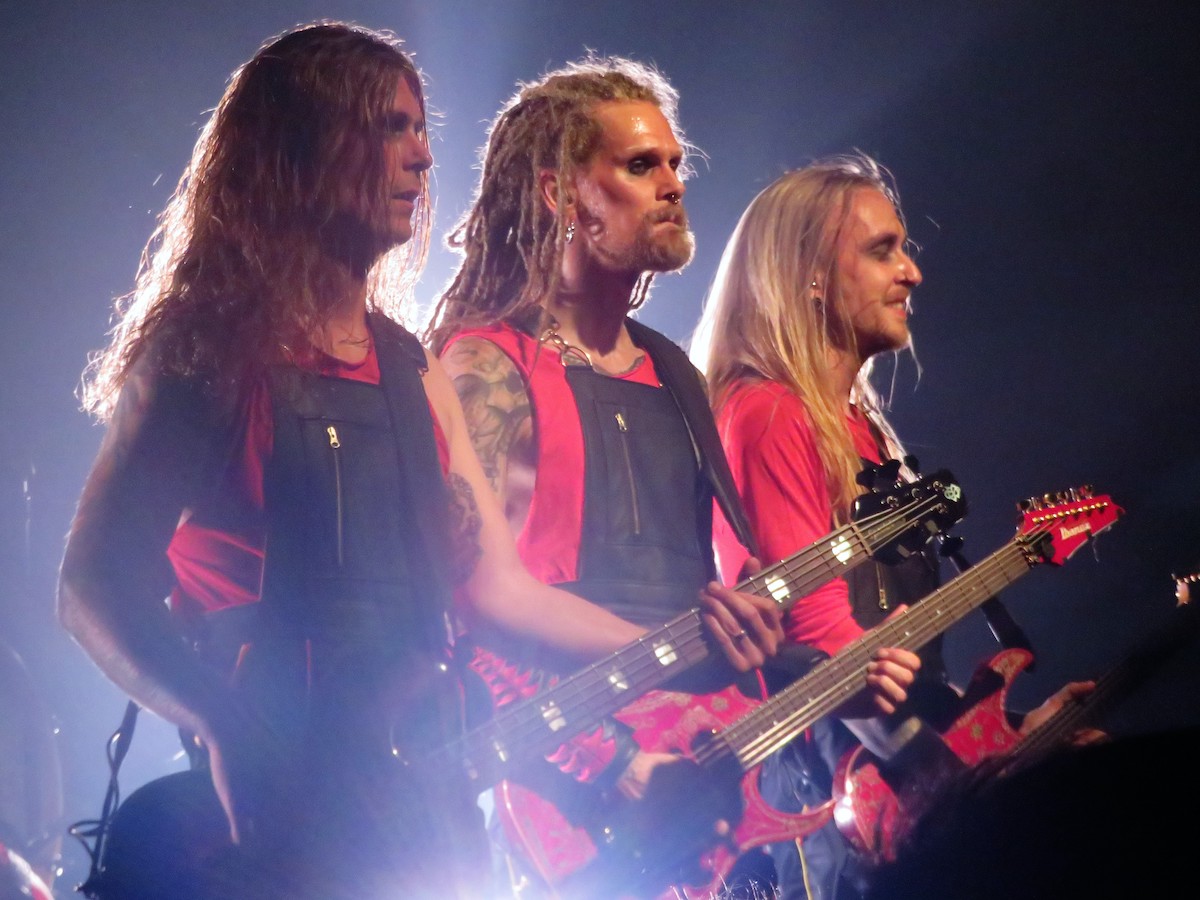 Oh, the spectacle! Avatar is a band not only to hear but to watch.

The lights at Irving Plaza dimmed and the five members of Avatar assembled center stage in tight military formation, dressed in black leather with red trim, guitars and bass pointed in upright position, as cinematic music played through the public address system.  They remained frozen in place until the drummer, John Alfredsson, turned slightly to pound the drum kit at his side. A strobe light flickered and the other musicians, remaining in rigid formation, started bobbing their heads to the beat and playing the crunching, saw-like industrial metal of “Colossus.”  Lead vocalist Johannes Eckerström, standing in the middle in clown makeup and large black lips, sang spooky sci-fi lyrics to which the other members responded with a harsh chant of “Colossus, arise.” No one starts concerts like this!

The second song, “Let It Burn,” started the choreographed hair spinning, which would be repeated several times throughout the set. As the guitarists, Jonas “Kungen” Jarlsby and Tim Öhrström, and bassist, Henrik Sandelin, leaned over their instruments to swing their heads, their blond hair was almost long enough to sweep the floor. The spectacles just kept coming.

Formed in 2001 in Gothenburg, Sweden, Avatar released its eighth and most recent album, Hunter Gatherer, in 2020. The current tour of the United States has been labeled the Going Hunting Tour. The 18-song performance at Irving Plaza featured six songs from Hunter Gatherer, interwoven with older catalogue.

The ingenuity of Avatar’s music extended to the stage production. Some effects were obvious, from the hat and cane the lead singer sported for some of the earlier songs to the synchronization of flashing lights with band choreography. Other effects were more subtle, like the unique microphone stands that automatically fell onto springs when a musician stepped back and sprung up when the musicians approached and stepped on a lever. This uncommon pageantry helped make the Avatar concert the most unique tour on the live music circuit in 2021.