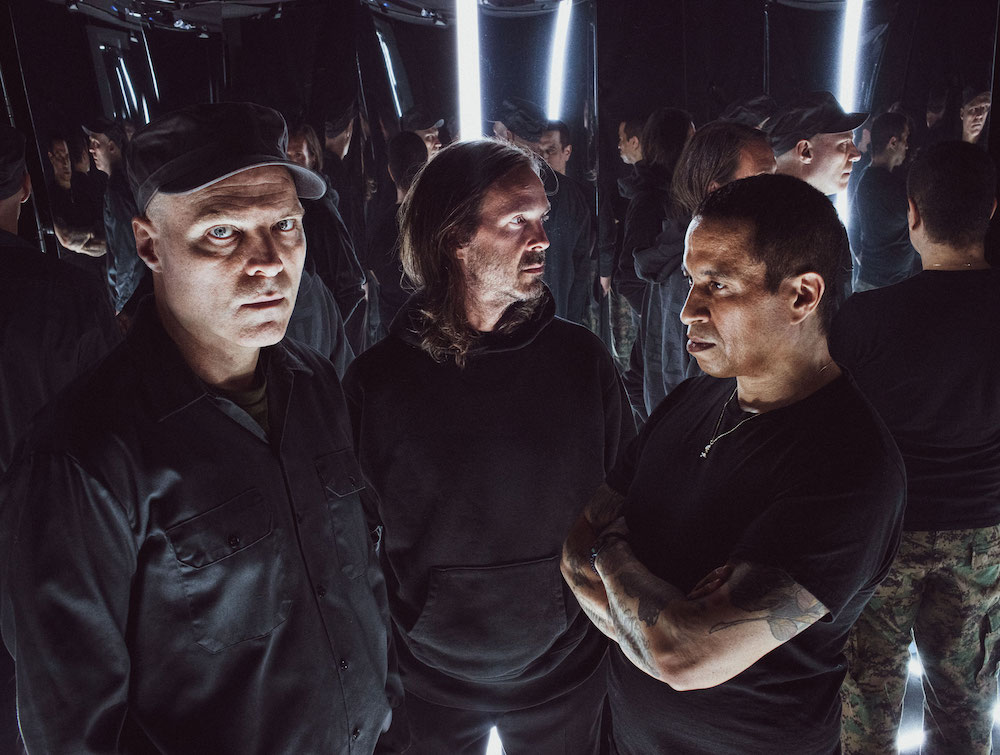 Quicksand Move Forward, But Still Connect to Their Roots

There are two things currently tied for the top spot of what we are most excited about this week, but, ironically, both are based around our favorite NYC hardcore group. That’s right, Quicksand not only has a new album out today, but they are also putting on a live show right down the road from us in just five days.

Post-hardcore geniuses Quicksand are preparing for a national tour on the wings of their recently released full-length Distant Populations and the second date brings them to the storied Stone Pony in Asbury Park on September 29.

Frontman and guitarist Walter Schreifels has had a lot of experiences in Asbury. In addition to Quicksand, the rocker has been a member of Youth of Today, Gorilla Biscuits, and CIV, as well as fronting Walking Concert and Rival Schools with a solo career. All of that is in addition to countless other credits to his scene resume, many of which have brought him to the Jersey Shore.

His favorite Asbury Park moment, though, was in August 1995 at the first Warped Tour where Quicksand headlined a historic day that saw L-7, Orange 9mm, and Sublime (with Brad) outside of the Stone Pony. This was long before Spiced Hibiscus Margaritas and $1.9 million condos, when the City by the Sea looked more like the aftermath of a coastal apocalypse.

“There was a hurricane coming in. It was just nuts when we played. The wind was just kicking up,” Schreifels remembers fondly. “We had all these bands from New York that were part of our community but also people from the West Coast who we had become friends with. It was a family vibe before the Warped Tour became this giant thing. It was such an interesting collection of people that day, so we’re looking forward to playing the Stone Pony.”

Coming out of New York’s underground bands, bassist Sergio Vega, guitarist Tom Capone, drummer Alan Cage, and Schreifels formed Quicksand and were quickly primed for the nineties spotlight back when major labels were looking to sign edgier talent. Following Seattle’s big blow up, New York hardcore looked to be the next sound to hit airwaves (Again, back when majors and airwaves were still relevant.) and Quicksand was a perfect candidate. They were steeped in NYC roots, but had wider appeal than the hardcore scene.

The release of their first full length Slip on Polydor Records pretty much did just that, as they played 250 shows in support of it with the likes of The Offspring and Rage Against the Machine. 1995’s Manic Compression would have kept them on that track had they not broken up late that year.

The members busied themselves in other projects with occasional fits and starts until 2012 when they officially reunited, much to the appreciation of the underground music scene. They released Interiors in 2017 on Epitaph (only 22 years since their last release) and Schreifels, Vega, and Cage have stayed somewhat consistent as a three-piece since.

While not as heavy as their seminal work, Distant Populations, released on digital and vinyl in the past weeks, is just as artful, complex, and melodic, borrowing calculated noise from genres well outside the already wide box of shoe-gaze and post-hardcore. Now Schreifels has the dual excitement of touring with a new record and reuniting with live music after the last 18 months of quiet time.

“During the pandemic, I haven’t been bugging. It’s just kind of a time to kind of chill,” he says.

He delved into writing, learned other instruments, experimented in the kitchen, and ran the New York Marathon.

“But returning to playing and being around my friends again… it just feels so good. We did a little live session and it was just so awesome to be in a room with those guys and hear ourselves loud. I am super stoked on the tour. I’m looking forward to rip it and see everyone again, so this Quicksand record comes at a good time for me.”

Despite the fact that Schreifels still plays with his old hardcore bands, he is not the type to just live off nostalgia.

“The best way to do that is to create new music. Between my band mates, we’re creating together. We’re making music from who we are in our lives now, not who we were 25 years ago. Although we carry that legacy with us, this new album is fucking awesome. I’m not just hyping it. I feel good about it. We’re creating something now that excites me. Your own feelings about what you’re doing is often the contagion. Of course we’re playing the hits, so to speak, but the impetus behind the tour is all about where we’re at now. Our older fans want to feel that, too, and there are younger fans. They’re able to experience this band at a really good point in time and engage with us when we’re creatively pretty vital.”

After Quicksand plays with Narrow Head at the Pony on Wednesday, 9/29, they hit the rest of the country for six weeks. Then they will return to play NYC’s Bowery Ballroom on October 28 and 29 before hitting the Theatre of the Living Arts in Philadelphia on October 31.

QUICKSAND’S NEW LP IS OUT NOW WHEREVER YOU LISTEN TO MUSIC! FOR TICKETS AND INFO ON THEIR UPCOMING TOUR AND LOCAL LIVE SHOWS, VISIT THEIR WEBSITE!