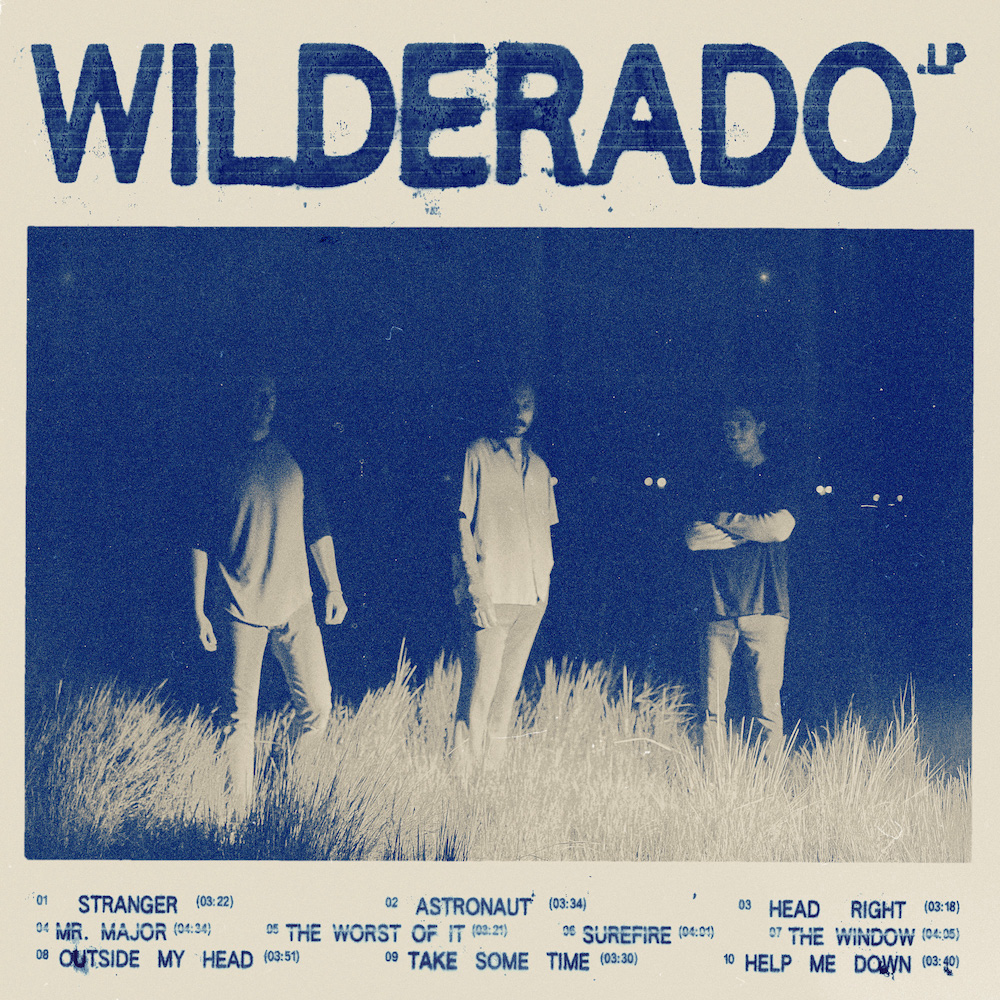 Today is debut release day for Wilderado, a band who amassed millions and millions of listeners across a variety of platforms without even having a full-length record to their name.

Few debut albums have been as much of a ‘long time coming’ as Wilderado’s. The acoustic guitar wielding band of Tulsa natives have been releasing music since 2017 after forming in 2015. Nonetheless, Wilderado has done well cultivating a fanbase by releasing small bites of music year after year – breadcrumbs of what was to come, if you will. Every single and EP drop has been stellar, which listeners grew increasingly attracted to thanks to their grounded, sweet, and earthy take on alternative rock.

At long last, fans near and far are able to truly take a bite out of the harmonious rock and roll sound that makes Wilderado, Wilderado. We might be in the final quarter of 2021, but the self-titled debut looks like it will effortlessly slide into our ‘Top Albums of the Year’ ranking.

Even at only 10 tracks long, Wilderado unveils itself to be a curious and fluid indie rock journey. You’re transported into a cozy, mountainous world through homegrown melodies that lead into one another thoughtfully. Crafted with care from start to finish, this album has a very distinct opening and closing. “Stranger” begins the record and “Help Me Down” ends it. These songs bookend a story that slows everything down in a reflective manner. The more grounded and humbled you become listening to this record, the easier it is to connect with the world around you and the people around you. Wilderado might not be soul music, per se, but it is surely music for the soul. Just the chorus in each and every one of these 10 songs brings on an otherworldly sensation that is a surprising combination of danceable, heartfelt, laidback, and goosebump-raising.

“The Worst of It,” whose music video is out today to accompany the album release, is a buoyant track in the Mumford & Sons category of indie rock. It’s upbeat in tempo and glitters with sweetness, while its narrative is just the right amount of Americana. Similar to the likes of early Bob Dylan and Fleetwood Mac veteran Lindsey Buckingham, “The Worst of It,” as well as album track “Mr Major,” let the music be the message. These are the showers, not tellers, of the industry, and Wilderado has adapted a bit of their folksy backbone.

Songs inspired even in the slightest of ways by the sights and sounds of the southern U.S. are rooted in storytelling, so an inkling of country music found in a song often only elevates its lyricism. This Wilderado song fits that bill, because it is just as much of a groovy new number as it is a framed portrait of emotion.

The stellar production team that Wilderado pieced this album with surely elevated the already wondrous tracks penned by the pensive musicians. James McAlister, known for his work with both Taylor Swift and Sufjan Stevens, Chad Copelin coming off a background with LANY, and Angelo Petraglia with his history alongside Kings of Leon all extrapolated on the flavorful indie rock at hand.

Whirlwind feelings and quaint adventures litter the album. Hit single “Surefire” and soon-to-be deep cut “Take Some Time” are Hanson brothers meets American Idol’s Daughtry in the sense that it is a multi-instrumental garage-band-esque jam, but with too much heart and too many moments of pop sensibilities to underscore it. Wilderado has always been considered some blend of alternative rock and folk pop. Wilderado, especially as debut album, owns up to that fact, if not rounds it out to make it even more of a dynamic and versatile 40 minutes of art.

WILDERADO’S DEBUT STUDIO ALBUM IS OUT NOW WHEREVER YOU LISTEN TO MUSIC!