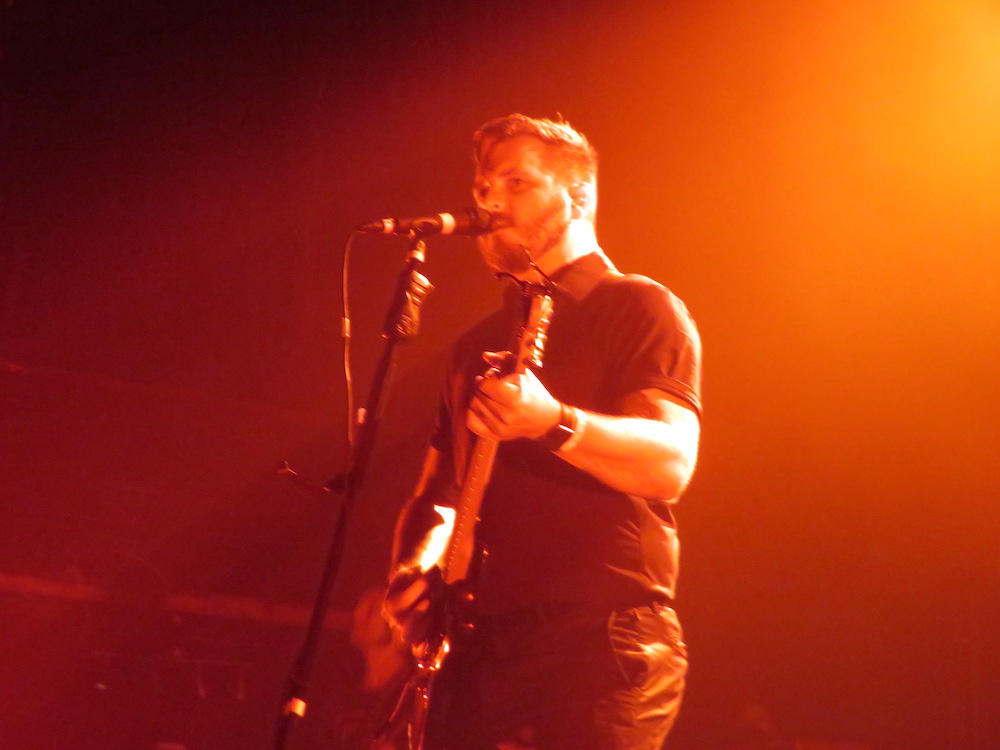 Thrice’s vocalist/rhythm guitarist Dustin Kensrue and lead guitarist Teppei Teranishi met in high school in Irvine, California. Teranishi recruited his skate park friend Eddie Breckenridge to play bass, who then drafted his brother Riley Breckenridge to play drums. The foursome formed Thrice in 1998. To this day, Thrice has never had any other musicians. The decades-long bond showed in their musical performance at Terminal 5 on October 7.

Since the band’s commercial success in the early 2000s, Thrice has been branded as a post-hardcore band, but that description can mean almost anything. Thrice’s own musical formulas have changed several times, especially in the band’s earlier years. The band’s 11th and most recent studio album, Horizons/East, released digitally on September 17 and physically on October 8, dips into many of the band’s prior musical directions, and the performance at Terminal 5 similarly covered a broad scope.

At Terminal 5, the band played clean, thrusting compositions with emotive vocals gliding over complex musical arrangements. Rather than a following traditional verse-chorus-verse-chorus-guitar solo formula, a Thrice song could start as an atmospheric composition and build to a climatic roar, only to retrace itself to a cinematic, shoe gaze feel. Kenrue had a powerful voice, whether he was crooning or shouting, and his phrasing and climbing of the musical scale added dynamics to the songs. Breaks within the songs came from changing vocal melodies and time signature, knitting serpentine intricacies into a song. For instance, during an instrumental passage, one guitarist played a low-end while the other played high-end flourishes. Even the flat-out rockers seemed to have layers of density. The four musicians may be music nerds, but together they made enthralling and dramatic hard rock.

The evening’s repertoire introduced a whopping six of the 10 songs on Horizons/East, so fans had a considerable plate of new enticements to chew on. The set also included songs from seven older albums. Outside of flashing lights, the production featured little spectacle. As usual, the musicians barely spoke or moved, letting the music do all the stimulus.

In Thrice’s most recent venture into the recording studio, the musicians developed 20 new songs. Ten were selected for Horizons/East. Thrice temporarily shelved the remaining 10, with the intention of refining them in future studio visits for release in 2022 as a companion album entitled Horizons/West. Thrice is on a creative kick that will not stop, and kudos should be awarded to the musicians for working together on imaginative music for more than two decades.