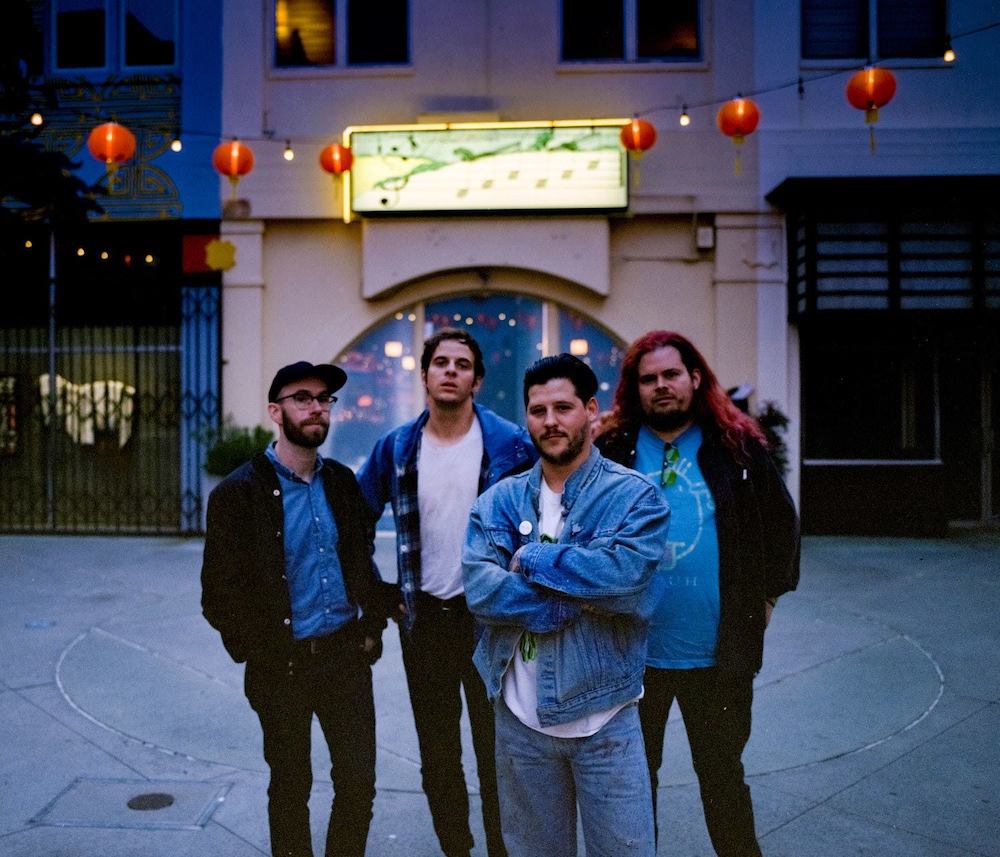 Wavves’ Stephen Pope on Making ‘Hideaway’ & Getting Back on the Road

To some, he’s “Stevie.” To others, he’s “Stephen Pope.” To us, he’s the talented Wavves bassist celebrating the new era of his band – their most impressive yet.

Every band eventually will reach a creative impasse with their music. This could be in terms of lyrics, sonic progression, or just trying to take things to a new level while not knowing how to get there. San Diego surf punks Wavves encountered this while making their latest album Hideaway that came out back on July 16. Thanks to a Brooklyn indie rock legend on production duties (along with helping write the songs), the band was able to take the next step they were looking for.

Speaking of Brooklyn, Wavves will be heading there on October 24 to take the stage at Warsaw with budding Los Angeles pop act Harmless opening up the show.

I recently had a talk with Stephen Pope from Wavves about the making of Hideaway, not wanting to come off as generic, appreciating constructive input, and being glad to be back on tour.

How did the making of Hideaway come about? Did you, Nathan Williams, Alex Gates, and Ross Traver work on it during the pandemic?

We actually finished the record before the pandemic hit. Nathan was back in San Diego at the time but we started working on this back in 2019. We were writing it together, and then in the beginning of 2019 we recorded an entirely different album, or at least we set out to record a different one. Once we started doing it, we realized that we weren’t doing something right. I think we tried to be cheap and skimp on recording costs so we asked a buddy of ours to help us record it and it ended up not being the best thing.

It ended up sort of being like a bunch of glossy demos so we decided to halt production on that one, then we took a step back and regrouped to figure out what we wanted out of a record. We went back, we started writing more together, and as luck would have it, Dave Sitek from TV On The Radio hit up Nathan. I think they’d been talking a little bit, but it happened that Dave had some free time and he lived in Los Angeles right down the street from me so we went into the studio with him. We then started writing with him actually and he helped write some of the songs that kind of set the tone for the record. I think the first one we all wrote together was the title track. Dave had a huge influence on that, he wrote a good amount of the lyrics and he knew how to get the sound that we wanted to get.

When we finished that song, we realized that was kind of the direction we wanted to go in so we agreed to do an entire record with Dave. I’m glad we did because it’s my favorite record we’ve done.

It’s a bit different from your previous records, but I like it, as well. Going off of taking a step back and then going into the studio with Dave, did you guys aim to do anything differently with Hideaway versus what you’ve done prior to these sessions? Did you learn a lot of things from Dave during that time?

We did. I still think the first record that we scrapped is a good record, but it wasn’t anything new. It sounded like a throwaway Wavves record that we could have recorded 10 years ago or something. I hate to say that we’ve matured that much because we have not matured – we’re still childish – but I think we wanted to express ourselves differently than we had before in the past. The title track, lyrically, I think is very strong and sort of personal… I feel like that energy comes through and it’s not just a fictional narrative.

That’s what we based it on. We wanted real lyrics that were real to us so we could be passionate about what we were singing about and those have always been my favorite records growing up. It’s a real story and you can tell that the person singing is living what they’re singing about. There’s that old saying that you have to live the life you sing about and I think we tried to abide by that.

I love it when songs tell a story, either if it’s fictional or real, so I definitely get that vibe in the album and I appreciate it. How would you describe the direction that Dave put you guys in while working with him in the studio either sonically, artistically or just in terms of vision?

He pushed us to write better lyrics, for sure. He would tell us that our lyrics sucked if they sucked and I appreciated that because that’s kind of what you hire a producer to do. You don’t want to hire someone to work on your record who is just going to be a ‘yes man’ and tell you that everything is good. You want to be picky because you’re trying to make something as good as it can be. He was not afraid to tell us that our lyrics weren’t strong enough, if the song wasn’t strong enough, or if something needed other parts.

Sonically, that’s what we struggled with the most while trying to do things ourselves– just because we don’t know what we’re doing in the recording studio. When we tried making the record that we scrapped, it sounded very generic and it wasn’t what we envisioned. We had sounds in our head that we wanted to get out but we didn’t know how to do that. We’re also really bad at verbalizing things, so we clicked with Dave instantly to find the kind of sound we wanted. He’s such a wizard in the studio and he knew exactly what we were talking about even if our description was abstract of what we wanted. In the past, we’ve relied on distortion as a crutch and it’s easy to do the soft-loud Nirvana thing with a clean verse and a really heavy chorus. I think he pushed us to more of a cleaner, undistorted record than we’ve done before. He kind of showed us that we could make songs like that without having to rely on just a heavy, distorted chorus to get the amplification that we wanted. He showed us that you can keep your guitars clean by writing better songs and figuring out buildups and stuff. Dave helped us a lot sonically and he showed us things that I don’t think we could have done on our own.

It’s awesome how he was able to extend your sound. How has it been embarking on this fall tour so far? Do the shows feel different after such a long time of being away from the stage?

I was very nervous before we went out because I have not been out at all. The first show I went to was the first show we played back since the start of the pandemic so I had no idea what to expect, but I thought it was going to be weird. I was nervous about looking out on a crowd with everybody wearing masks and you couldn’t tell if they’re singing along and having a good time. Every show so far has been great and I feel that I’m back in my element now because all I’ve done with my life is tour for the last 15 years. I had this two year break where I tried to be a normal person which was a bit gut-wrenching. Now that we’re back on the road and playing shows every night, I’ve been feeling way more like myself.

What are Wavves plans after this run of shows ends next month? Do you plan on laying low for the holidays and then going back on the road during the spring?

I think we’re going to try to hit the road as much as we can. I’m not sure if there’s anything in the works yet for spring, but I hope there is, and I know we’re going to be heading to Europe next summer and then Australia. The first tour that got cancelled because of the pandemic was supposed to be in Australia during April last year. We postponed it twice before we cancelled it but it’s finally rescheduled for October next year! Two-and-a-half years later, too, which is crazy to think about, but it’s still on the books.

CATCH WAVVES IN BROOKLYN THIS WEEKEND! GET TICKETS HERE! LISTEN TO HIDEAWAY NOW!