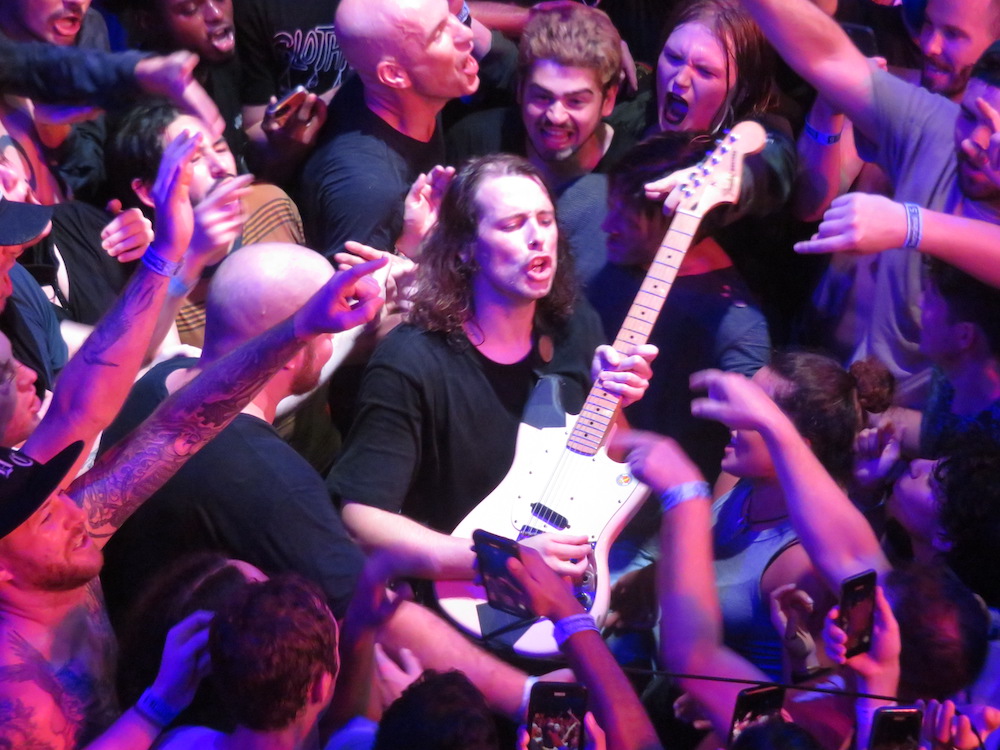 Idles performed one of the wildest rock concerts New York has seen in ages at Terminal 5 on October 15, the first of a two-night headlining engagement. The British rock band, comprised of vocalist Joe Talbot, guitarists Mark Bowen and Lee Kiernan, bassist Adam Devonshire, and drummer Jon Beavis, performed in support of its fourth album, Crawler, which will be released on November 12. These are just a few reasons why the concert was so memorable:

Beyond the uniqueness of Idles’ presentation, the relentlessly hard-edged music itself was remarkably innovative and captivating. Talbot harshly barked in a gruff tone that was so unconventionally plaintive that sometimes it appeared as if he was reciting poetry rather than singing. Both guitarists bravely took their parts to coarse and occasionally atonal places to insure that the band’s raging bite remained ferocious. The volatile rhythm section ably pounded a frenzied locomotive-like drive throughout the concert. Idles is quite the live band.