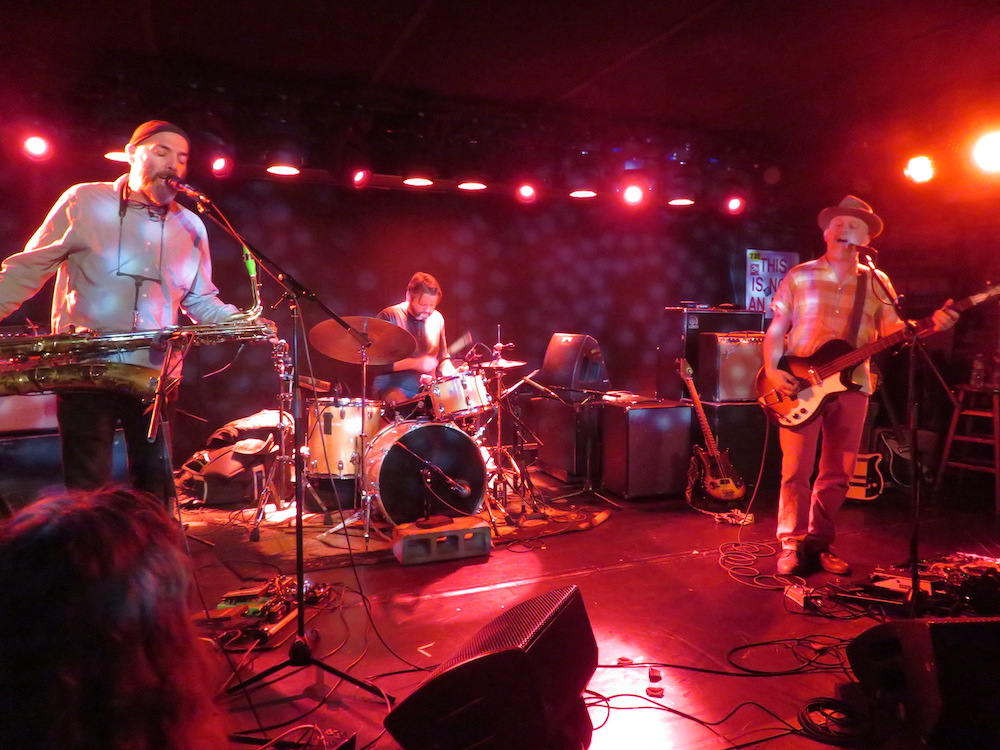 Morphine was an experimental rock trio that started in 1989 and ended abruptly in 1999 when the founder, Mark Sandman, died of a massive heart attack while performing at the Nel Nome Del Rock Festival in Palestrina, Italy. Ten years later, the festival promoters invited the surviving members to perform again at the festival. Vapors of Morphine was born, with saxophonist Dana Colley and drummer Jerome Deupree recruiting blues guitarist Jeremy Lyons. Colley and Deupree asked Lyons to honor the former band’s legacy by playing guitar, two-string slide bass, and bouzouki. Beyond the festival, Vapors of Morphine performed for nearly 10 years when Deupree left the band; Tom Arey replaced him in 2019.

Since 2009, Vapors of Morphine paid tribute to Morphine by playing the old songs and yet nurturing them in exploratory directions. Vapors of Morphine instinctively evolved and developed new compositions, releasing its second album of new material, Fear & Fantasy, on September 24. Vapors of Morphine would not exist except for Morphine, so the new works embraced the past while creating something fresh.

Given the 45-minute time frame that Mercury Lounge gives its bands, Vapors of Morphine chose to risk using that limited time frame to showcase the new project in its entirety rather than play the Morphine catalog. Largely instrumental works that were anchored by passing vocals, the music was ethereal and hypnotic, occasionally bolstered by South American and African guitar flourishes. This was sonic exploration, dually captivating and challenging. With three instruments in play, the music was often spatial and ambient, but the trio occasionally added a bit of technology for a fuller and more lush sound. The dreamy soundscapes avoided repetition thanks to inventive arrangements that shifted attention between Colley’s baritone sax and Lyons’ stringed instruments. The band performed the new album and then, finding a few more minutes to spare, quickly converged on one Morphine song as the closer.

Vapors of Morphine proved that an avant-garde band can be faithful to its roots and yet continue to be innovative. The trio refused to be trapped in a cage of its own design, forever playing Morphine songs. Vapors of Morphine respected the legacy while prospecting new ways to make original and creative music.