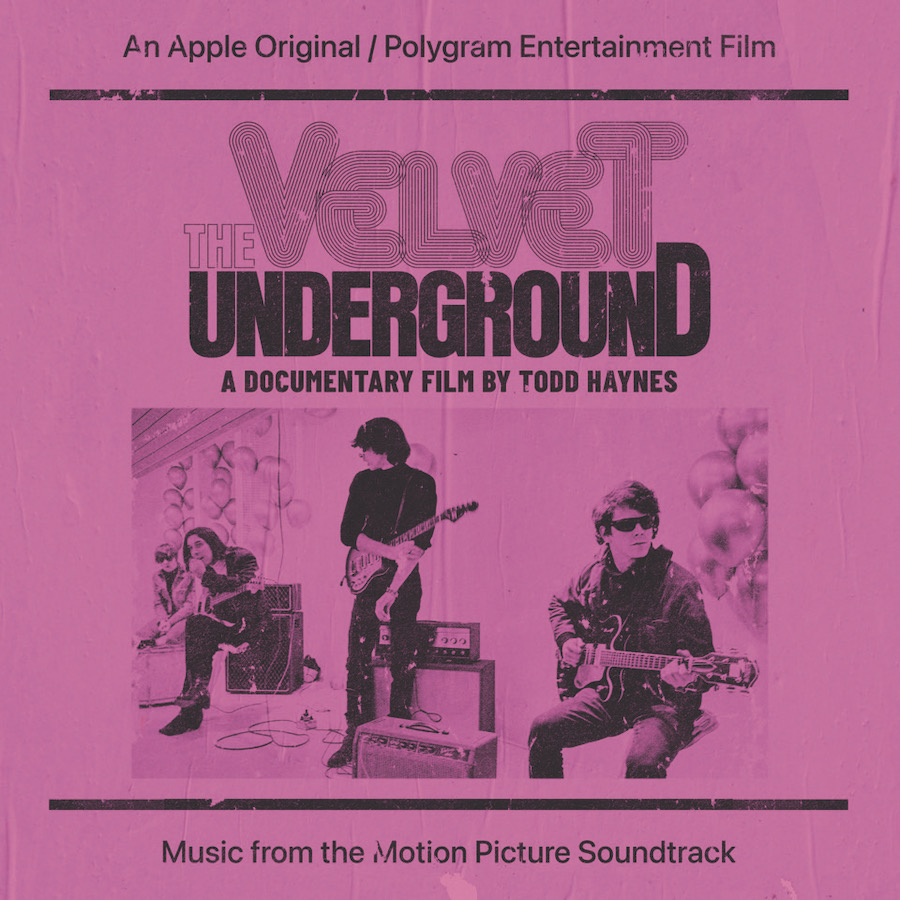 The Velvet Underground broke up about half a century ago, having never had anything close to a hit album or single. Yet they made some of rock’s best, most innovative, and most influential music. An often-quoted line, generally attributed to Brian Eno, is that their first LP sold only 30,000 copies but everyone who bought it formed a band.

It’s not surprising, then, that around 50 years later, the group still has a devoted and growing fan club or that Velvets-related material continues to appear. The latest crop includes a fascinating documentary about the band from director Todd Haynes, a soundtrack album from that film, and a CD of cover versions of their songs.

Hal Willner (who collaborated on several occasions with the Velvets’ Lou Reed and whose projects included the excellent Lost in the Stars: The Music of Kurt Weill) produced the covers collection shortly before his Covid-related death in April 2020. Called I’ll Be Your Mirror: A Tribute to the Velvet Underground and Nico, the 55-minute CD presents renditions of all the songs from the group’s debut LP in the order they originally appeared.

Rather than simply offer an affectionate nod to the Velvets’ captivating recordings, the best of these covers put a fresh spin on them while remaining true to their spirit. If one had to pick a favorite track, it might be the lead-off number, an otherworldly reading of Reed and John Cale’s ominous “Sunday Morning” by R.E.M.’s Michael Stipe that opens with clarinet rather than the original version’s celeste. (Stipe’s group previously covered three Velvets songs on their 1981 album Dead Letter Office.) But Andrew Bird and Lucius’s take on Reed’s “Venus in Furs” is also terrific, with its plucked guitar strings and foreboding violins. Also excellent is Courtney Barnett’s “I’ll Be Your Mirror,” which seems darker than the Velvets’ original.

Among the other likable covers here are “I’m Waiting for the Man,” performed by the Nationals’ Matt Berninger; Sharon Van Etten’s slow-paced, dreamlike “Femme Fatale,” which features beautifully arranged strings (violin, viola, and cello); Kurt Vile & the Violators’ “Run Run Run,” a seven-minute number that rocks as hard as the original; “Heroin,” by Primal Scream’s Bobby Gillespie and Sonic Youth’s Thurston Moore; King Princess’s reading of “There She Goes Again”; “The Black Angel’s Death Song,” by the Irish band Fontaines D.C.; and “European Son,” by the inimitable Iggy Pop and guitarist Matt Sweeney. To these ears, the only relatively unimpressive number (and it’s not all that bad) is “All Tomorrow’s Parties,” a largely spoken and whispered version by St. Vincent and pianist Thomas Bartlett, who seem to be reinventing the song just for the sake of doing so.

But this is a quibble. The lion’s share of the album, which includes liner notes by Stipe, finds the Velvets’ classic music wed to creative arrangements and four- and five-star performances. If you love the group, you’ll love this, too. If you’re not familiar with them, on the other hand, this CD will likely prompt you to seek out their albums, as well as those of many of the indie-rock participants on I’ll Be Your Mirror, most of whom are less well known than they deserve to be.

As for the soundtrack from The Velvet Underground, Haynes’s documentary film, it fills two CDs and contains 11 performances from across the group’s catalog plus five related tracks: “The Wind,” a fine 1954 number by the Diablos, one of the doo-wop groups that Reed admired; a live reading of “Road Runner,” by Bo Diddley, another Reed influence; a 1963 track from the Theatre of Eternal Music, an avant-garde band that included Cale and foreshadowed his work with the Velvets; “The Ostrich,” a 1964 garage-rock song that Reed co-authored and performed with a group called the Primitives; and “Chelsea Girls,” the title song from Nico’s 1967 debut solo LP, which Reed and the Velvets’ Sterling Morrison co-wrote.

If you’re a big fan of the group, you might want to pick up the soundtrack just to hear these five numbers. If you already own much of the Velvets’ catalog and can do without the five tracks by other acts, however, you might want to pass this by, since nothing new or even particularly rare shows up here—probably because, after years of archival releases, the cupboard is rather bare.

If you have the group’s debut album, you already own the soundtrack’s “All Tomorrow’s Parties,” “Sunday Morning,” “I’m Waiting for the Man,” and “Venus in Furs.” Ditto “Heroin,” though the mono version here comes from a deluxe version of that CD. The soundtrack’s recordings of “Pale Blue Eyes,” “Ocean,” “Foggy Notion,” and “After Hours” are all on a 45th-anniversary edition of the Velvets’ eponymous third album, and you can find this set’s live version of “Sister Ray” on a 45th-anniversary edition of White Light/White Heat, the group’s sophomore release. “Sweet Jane,” meanwhile, comes from Loaded, the band’s fourth LP.

That said, virtually every one of these tracks commands attention; and together, they do as good a job as 11 songs can of conveying the power and breadth of the Velvets’ music. If you’re new to their work, therefore, you could do worse than to start with this soundtrack. But be warned: the album may well become redundant once you catch the bug and find yourself picking up the group’s entire catalog.

Another Side of Johnny Cash

Johnny Cash was likely smiling a lot in April of 1968. He had at least temporarily beaten his drug problems and had just married his second wife, June Carter, with whom he would happily spend the rest of his life. He was also on the verge of becoming a much bigger star than he already was: May would bring his first live album, Johnny Cash at Folsom Prison, which would top country charts and garner rave reviews; and in 1969, he would reach an even wider audience via the television debut of The Johnny Cash Show.

In April 1968, though, his career wasn’t yet going quite as well as his personal life, and he apparently still couldn’t afford to turn down relatively small gigs, such as the Wednesday night show for an audience of 700 hippies that’s preserved on Johnny Cash at the Carousel Ballroom, April 24, 1968. The late audio engineer and LSD manufacturer Owsley Stanley (aka Bear) recorded the hour-long San Francisco concert, which has remained unreleased until now.

Cash’s son John Carter Cash calls the 27-song set “one of the most intimate and connected shows” by his father that he has ever heard, and it’s hard to argue with that assessment. Cash’s best-known live recordings—including the aforementioned one from Folsom Prison and 1969’s Johnny Cash at San Quentin—are rousing affairs, but Carousel Ballroom, which offers a more casual and less scripted performance, puts the singer in a different light.

Accompanied by his new bride and his country/rockabilly band the Tennessee Three, Cash offers spirited, unaffected readings of many of his best-known songs, including “Big River,” “I Walk the Line,” “Ring of Fire,” and “Jackson.” He also serves up a rare performance of Peter La Farge’s “Ira Hayes” and delivers Bob Dylan’s “One Too Many Mornings” and “Don’t Think Twice, It’s All Right,” both of which he would record with Dylan himself only about a year later.

The album—housed in a CD-sized hardcover book that includes essays by John Carter Cash, the Grateful Dead’s Bob Weir, and several others—is must-hear material for any fan of the Man in Black.