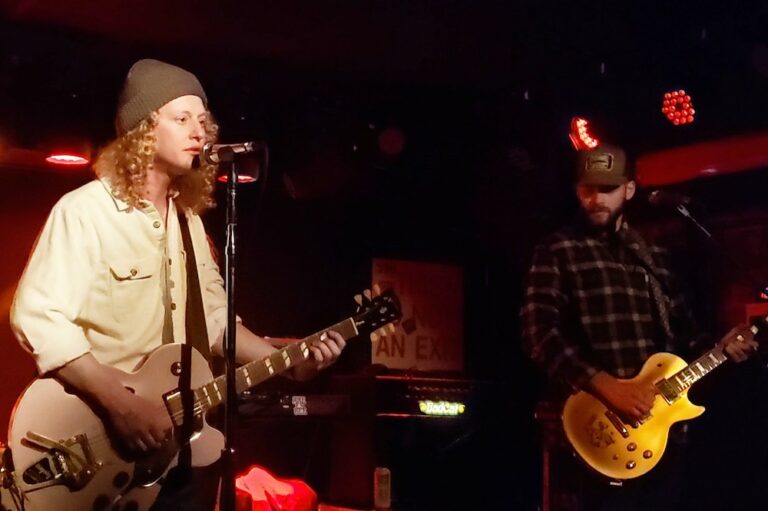 Read Southall says he grew up on a tractor in rural Altus, Oklahoma. Raised on a farm, he learned how to irrigate cotton early in life. Riding that tractor alone gave him lots of contemplative time. Reflecting on the nineties country and the gospel he heard on his grandmother’s radio, he was inspired to learn to play a guitar and compose melodies and harmonies. As a youth, he joined choirs and local bands and began performing solo at age 22. He soon formed an acoustic band, started playing some shows locally, and before long, these country boys learned that they liked to rock and roll.

At Mercury Lounge tonight, the Read Southall Band brought various country sounds to the city. Southall’s passionate vocals and confessional lyrics drove the music. His gritty delivery opened a window to his soul, articulating well his vulnerability and heartache as well as his confident optimism and joy-filled celebrations. Southall’s guitar-centric band supported him by lacing traces of traditional country and Americana with southern rock and even a sprinkling of hard-hitting alt-rock grunge. It all flowed fairly freely, feeling like contemporary rock rooted in classic rock. For close to 90 minutes, the city audience was mystically whisked to a heartland rock concert in Southall’s small town outside Oklahoma City, and this was a refreshing experience.