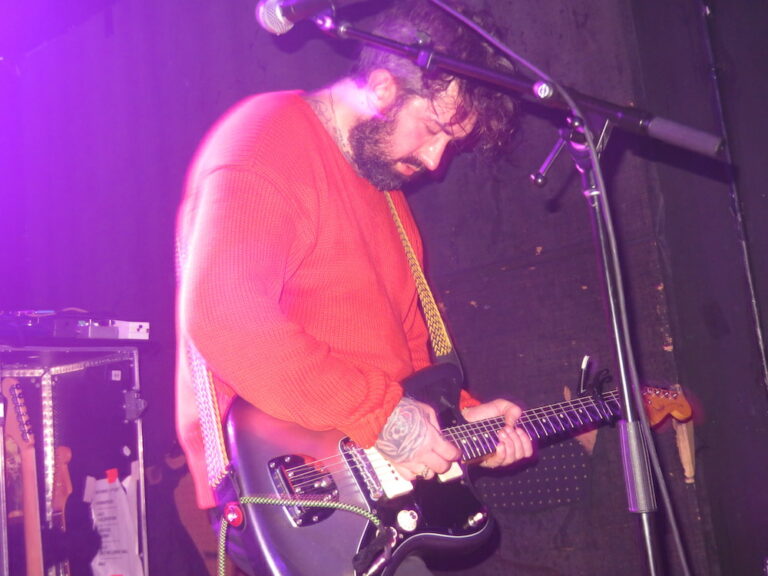 Vocalist/guitarist Domenic “Nicky” Palermo was in a short-lived Philadelphia-based hardcore punk band Horror Show when during a fight Palermo stabbed his opponent, an action he claimed was in self defense. Palermo was sentenced to two years in jail for aggravated assault and attempted murder. Following his release from prison, he experimented with new sounds and misanthropic lyrics, giving birth in 2010 to what ultimately became the artistic expression of his inner struggles for meaning.

Nothing seemed like an appropriate name for a shoegaze band with a bleak outlook on life. Since 2010, numerous musicians have helped Palermo achieve the sound he sought. The personnel within the band changed many times. Nothing’s fourth and most recent studio album, The Great Dismal, was released October 30, 2020. The band presently consists of vocalist/guitarist Palermo, guitarist Doyle Martin, bassist Aaron Heard, and drummer Kyle Kimball.

Heard already announced that he also will be leaving the band after the current string of live performances in order to spend more time raising his son; indeed, at Saint Vitus Bar, he placed a pair of baby sneakers in the tray of his foot pedals. Nothing almost lost Heard on the first song, however. The quartet climbed on stage as support act Midwife was playing her last song and joined her in the song. She then left the stage and the band immediately segued into playing its first song. There was a problem, though, in that the bass was not working. Heard needed a working bass, and apparently he did not have a spare. After the first song, the band took a 20-minute break until Heard returned holding a different bass.

Shoegaze music in general consists of monotonous, droning guitar tones, and Nothing provided plenty of that at the first of two nights at Saint Vitus Bar. Loud yet hypnotic, much of the performance was led by vanishing and reappearing guitar notes, while the rhythm section pounded away a thick yet equally minimal support. Simmering quietly for a while, the band suddenly launched into a thunderous song that converted the formerly serene crowd into a sea of rabid moshers. This relax-and-explode dynamic happened several times throughout the performance, and the audience responded in kind.

Nothing’s musical movements were as unpredictable as ocean waves, sometimes tranquil and other times crushing. As curator of these swelling waves of musical sounds, Palermo matched the smoother parts of the angst-filled compositions by floating emotive vocals. When it was time for the music to erupt in intensity, both he and Martin would crouch over their guitars and hammer chords, igniting the audience.

Shoegaze seems to be making a comeback in the past decade after a 20-year lull. Nothing is ready to capitalize on music fans who appreciate obscured vocals, flattened musical arrangements, and loud guitar distortion, effects, and feedback. The band will need a new bassist before hitting the road again, however.