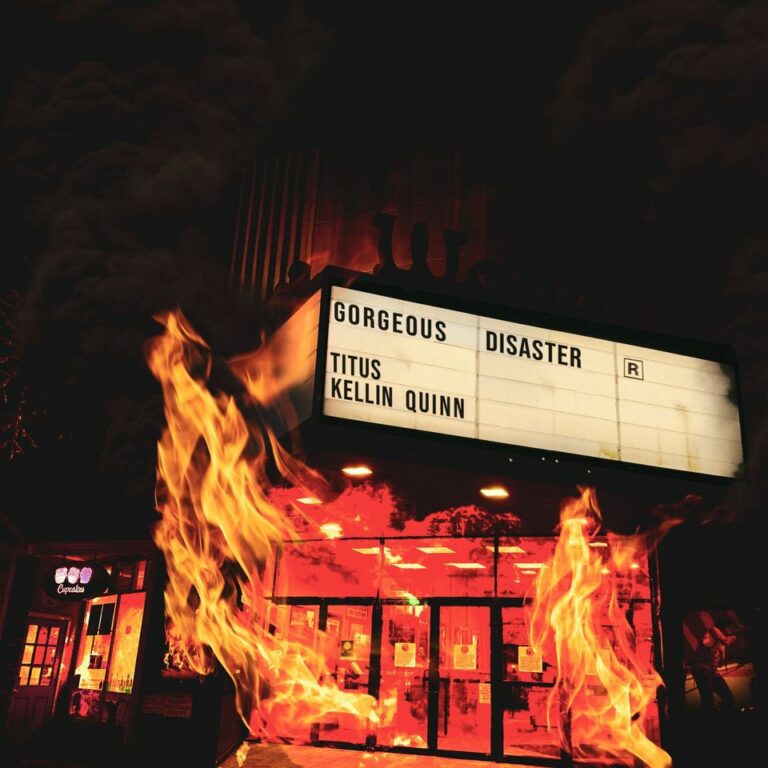 If you haven’t been keeping up, singer Kellin Quinn has been collaborating with quite the facsinating range of alternative artists over the past year. Everyone from up-and-comer Sophie Powers to established genre-bender Machine Gun Kelly have worked with an inkling or more of Kellin Quinn’s Talent as of late. However, it is the latest project of his with Jersey-born TITUS that the Sleeping With Sirens frontman should be the most proud of.

TITUS, a buzzing singer-songwriter, goes about being a modern pop punk star in the most authentic way possible. You could take a song of his or a music video out from under his belt and place it in any musical era – and it would make sense, sound good, and garner him a fan base. There is just a timeless and glittering punk quality to this rising musician that Quinn must have caught wind of. Together, TITUS and Quinn are able to capture a kind of nostalgia and an energy that does not feel fabricated in the least. Nobody is putting on an emo rock act for “Gorgeous Disaster,” the new single from TITUS, out today.

The song talks about committing to someone in both a pure, emotional sense and a slightly manipulative one. TITUS sings a lyric about being made for one’s health in the repeated chorus, which is both complementary to someone and also a bit terrifying, which makes up for a lot of romance-backed pop punk hits. You think of songs like “Misery Business” from Paramore and are instnatly reminded of both the infatuation and the love that the song conjures up, but also the angst and the devastation behind Hayley Williams’ strong vocals. TITUS is just as real of a performer and emulates these feelings through the song’s own guitar-led musicality and the lyrics themselves. “Gorgeous Disaster” showcases what emo means in the true sense of the word and outside of the post-MySpace culture connotation: emotional.

“Goregous Disaster” is a rager, the perfect single for TITUS, and is ready to cause a ruckus deep in your soul if you’re anybody who has had a crush that is just too big for words alone to explains. You want to scream this song at the top of your lungs and dance around your room, or drive as fast as you can down the highway blasting this song, or start moshing with your friends in a crowd. It’s also a great song for the skater community, which I’m pretty sure means that this could have been a staple in the Tony Hawk Pro Skater video game soundtrack. Maybe this is gearing up to be a song to be sung along to at a post-breakup or pre-makeup karaoke party, too, with fans taking turns being TITUS and Kellin Quinn in this scenario. One would be hopeless, but vibrant like TITUS and the other would be vicious like Quinn, yet together it would be this truly fun, stunning, and rough-around-the-edges rock track. (On Spotify, TITUS himself titled this release with “THIS ONES GONNA STING,” which it does… yet we want more of that head-banging pain.)

No matter how you plan on listening to it, “Gorgeous Disaster” is going to be an alternative rock song that sticks around for quite some time. Kellin Quinn may be part of that for the name recognition, but in actuality, it is TITUS, his lyrics, and his fervent passion that holds down this newly released single and has him making his mark in this genre, in this community, and in this industry as a goddamn whole. With this song out in the world and soon to be all over the airwaves, Fans and music lovers alike are going to be clamoring for a bit more edge and a lot more music from our local sensation, TITUS.

“GORGEOUS DISASTER” IS OUT NOW ON ALL DSPS! FOLLOW TITUS ON INSTAGRAM TO KEEP UP WITH ALL HE’S GOT PLANNED FOR 2022!