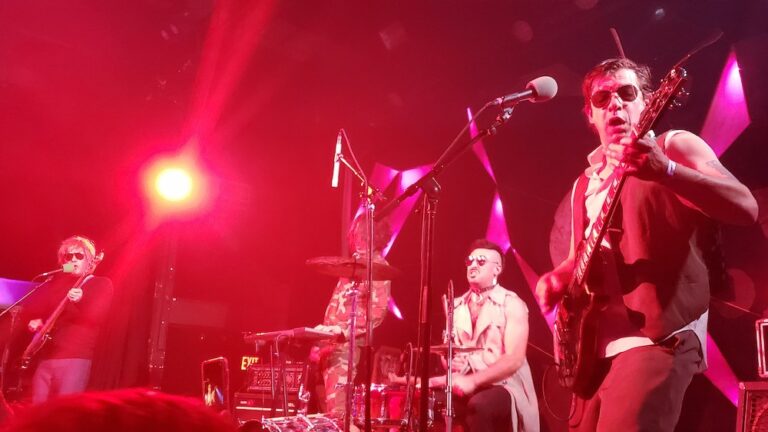 The Spits toured to promote a sixth self-titled album – indeed, six albums are titled The Spits – but it would be challenging for a new fan to mark any significant difference between the old and songs from the band’s nearly 30-year catalog. Even with an eight-year hiatus between the Spits’ two most recent albums (Spits V in 2012 and Spits VI in 2020), the band recycled its simple low-fidelity power chords and its wall of sound intensity. Any attempt to discuss the band’s musical growth would be futile.

Following similar-sounding sets by Night Birds and Dark Thoughts, the Spits’ music was more felt than heard. The Wood brothers blurted unrefined, punchy vocals in monotones, powered by crashing, fuzzy guitar chords and very basic rhythmic patterns. In quick succession one after another with little to no chatter in between, the four musicians bashed a blunted strike with gritty, high-octane songs. The only possible response was to bop along to the pulsating punk mayhem.