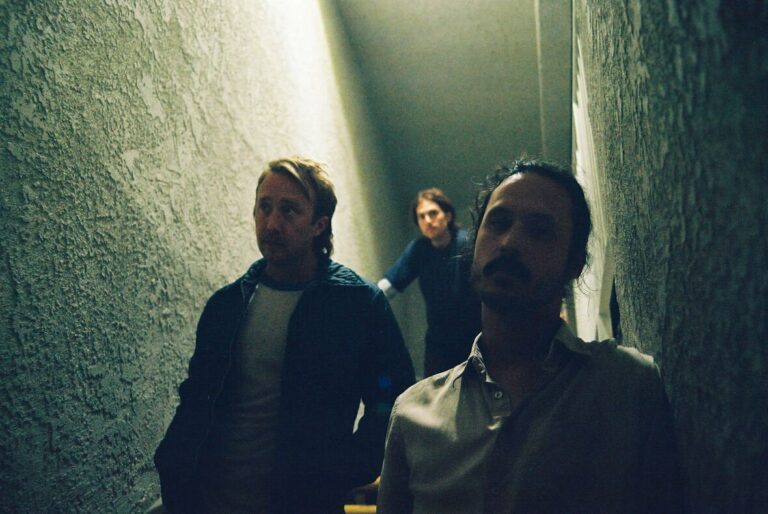 A Conversation On That ‘Groovy, Tasteful’ Wilderado Rhythm

The word ‘passionate’ can be looked up in the dictionary under either 1) Wilderado, or, coincidentally, 2) Wilderado’s fans.

Wilderado – they are a band whose music you can find on extensive musical playlists with titles such as “Totally Stress Free,” “morning coffee at the beach,” and even “songs that taste like nature valley bars.” If that doesn’t paint the picture of who they are, this conversation might.

The Aquarian had some questions for the pseudo-indie rock group. (We say it like this because Wilderado’s overall ‘vibe’ is much more refined than that of a traditional indie-sounding band, like The Neighborhood or The Shins, but also the narrative qualities that fall wholly in line with the likes of The Lumineers and Waxahatchee.) They were gracious to take some time amid acoustic releases and tour preparation to answer them all, because like their music, the band itself is filled with a personable, good-natured spirit. Max Reiner, the lead singer and guitarist for the rootsy group, is the pinnacle of that.

I think it’s safe to say that the genre term of ‘alternative’ means more and encompasses more than it ever has before. Wilderado, as a band, is alt rock and alt folk and everything in between. If you had to describe your sound in a few words or phases to someone who has yet to hop on the Wilderado wagon, how would you do so?

I think the phrase ‘rock and roll,’ at its roots, is something I will always be able to embrace.

Trios are an underrated band set-up, in our opinion. We love seeing trios thrive and bounce sounds and talents off one another. Crosby, Stills, and Nash did it, Green Day still does it – and it’s magical. How does working together as a trio, the three of you as creative forces, feel for you? What are the writing and recording processes like?

To be fair, live, we play as a five piece – mostly because I want so many of the parts from our record represented live. But we love being a three piece. It’s hard for someone to assume the boss role in a band. I like sharing the songs, the stage, and the pressure. Three people also make for a great route to a decision; you don’t have the stand offs you get with two and avoid the cluster of four or more. We really don’t have much of a method other than to try and always be in the writing state of mind. Recording looks like getting together with our producer, Chad Copelin, at his studio in Norman, Oklahoma or ours in Tulsa, and doing our best. Chad acts as a fourth member in the studio – he is as much of a true collaborator as there ever was. My favorite thing about being in the studio with Wilderado is that anything goes. It doesn’t matter who has the idea, plays the part, or leads the direction.

Wilderado is no stranger to life on the road and entertaining from the stage. Pandemic aside, does this tour of yours feel any different to you than others in the past, as either a supporting act or headliner?

This tour has a fresher feel to it than anything we’ve ever done. More than the music, the changing industry, or the reopening of the world, this tour is the most exciting thing we’ve ever imagined. We worked seven years for this tour. It feels like we have a purpose now and that is to go see the people that are asking us to visit.

NYC’s Bowery Ballroom, right in our backyard, is sold out. When you hear things like that – a sold out rock show in the heart of the Big Apple – what goes through your mind? Because you have been honing your craft and shaping this indie style of yours for a long time and these achievements are so heartwarming even for just us, the fans, to see.

Ah, man. That’s cool, thank you. I think that’s just it – Wilderado has a select group of people that have been rooting for us all along and now we’re all watching it get some attention and momentum and there seems to be this collective excitement and appreciation for the fruition. It feels really special. The truth is it makes for a wild amount of confidence. There’s no pressure to prove anything, we’re simply looking forward to sharing this music and being with the people that are supporting it. But to your question, playing in New York City to a sold out Bowery is as cool as it gets. We’re all from small towns, so New York is as romantic as it gets. It’s the feeling we’ve been searching for, but never knew how to explain to ourselves.

Tulsa is an artsy little city, but one that sometimes gets overlooked. How has Tulsa played a role in what you are doing and the music you are making today? Are there any misconceptions about Midwest bands and small town artists that you want to squash, as a superbly talented band with three million and more listeners?

I didn’t start writing and performing until I left for college in 2007, so I learned about Tulsa’s impact on the music world from California. We were in Los Angeles and surrounded by all the music and industry you could ever need, but I kept feeling an urge to move the band to Tulsa. I thought it was so cool learning about JJ Cale, Steve Ripley, Leon Russell, Church Studios, and all the people that were drawn to the energy in Tulsa, so I realized if I was going to keep growing this band and working on the craft of songwriting, I wanted to do it where I was from and hopefully add to all thats going on in this city. It’s been great being home and not traveling during the pandemic and getting to go to the clubs in town like Mercury Lounge and The Colony and see how incredible not only the artistry is, but also the musicality. So many players are in multiple bands and sharing this rotating energy of supporting whoever the writer that night is. There are cool labels like Horton Records and incredible producers like Sam Westhoff. I think the most inspiring thing about Tulsa, for me, is knowing it’s my home, but having gained so much respect for it while in a place like LA. It’s not often you chase your dreams back to your hometown.

This past fall we reviewed the debut album of yours that, deservingly, is doing so well still. We described the songs as groovy, inspiring, versatile, and fluid. “Take Some Time” expertly showcased all of that, which we talked about and cannot wait to hear live. What songs do you think shine the brightest light on who you are? And will fans be able to hear it live as part of this tour’s setlist?

Thanks for reviewing the record! “Take Some Time” is actually a great answer to that question. I wrote most of “Take Some Time” alone, but it was horribly linear and flat, we took it into the studio and it wasn’t long until a shape took place that felt conclusive and satisfying. I guess the point being, I love the fact that I couldn’t finish it on my own. Finishing songs is a weakness of mine, but the band and Chad seem to have this ability to turn that into a strength. I would say another song that fully encompasses our sound is “Outside My Head.” It’s wordy and melodic and combines the roots of where we come from with big guitars and a groovy, tasteful rhythm.

MAKE SURE TO CATCH WILDERADO ON TOUR! FOR TICKETS TO THEIR NYC DATE ON MARCH 7 AND MORE, VISIT THEIR WEBSITE!