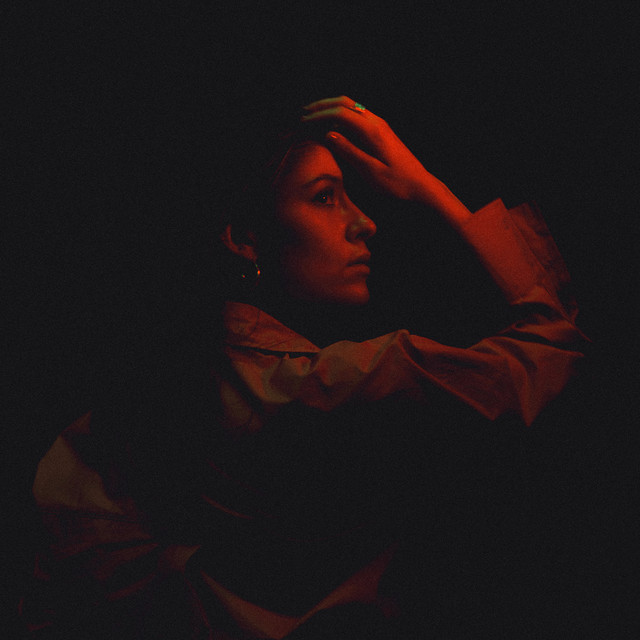 The world is rumbling underneath LÉON’s feet, shaking and quaking as she prepares to climb the ladder of pop superstardom in front of the millions of fans she has already (deservedly) accumulated.

How can one measure success? As an artist at that? For someone like Swedish darling LÉON, we could say it’s the fact that she’s already a globally adored performer. Her top five cities with fans are Stockholm, London, New York (That’s us!), Los Angeles, and Sydney – and that’s solely based on her 4.6 million monthly Spotify listeners.

You can also look at success as traveling to said cities to perform music live for enamored audiences, which the singer-songwriter has been doing for years, steadily filling bigger and bigger rooms and moving up higher and higher on festival line-ups. The reality of doing well as a songstress, however, especially when looking at LÉON, is the work she is putting out. Nothing screams success than being proud of your own art and pouring your heart into something as diligently, beautifully, and honestly as this rising star did on Circles.

Circles, the new record from LÉON out on Friday, hands you 11 songs; each one dreamier than the last. Upon receiving these tracks, you are not only expected to get to know the artist behind them, but are believed to have become one with her. “Dancer” opens the LP with a bang – possibly the most understated ‘bang’ in history, but one nonetheless. A chill pop opener drenched in sultry melodies, this holds an immense amount of intimacy. Her first two albums were merely stepping stones for what this third full-length could be; glimmering in emotion with gripping vulnerability.

There are soulful pop ingredients in “Dancer,” furthering this sense of purity that the record as a whole continues to have. She complements her own story with the styles of a young Stevie Nicks and the familial warmth of a modern day Aly & AJ. Soul music is everywhere – it is everyone. It is Stevie, Aly, AJ, LÉON, you, and I. Our souls, when bared in tandem with stirring musicality, reaches deep in a way that nothing else can, which is why stripping down your art to be you, wholeheartedly, is what makes a soulful sound a worthwhile listen.

As well, much like soul music, the first track on Circles is big and worldly without feeling out of touch or out of reach. You are the ‘dancer’ in the same way that LÉON is the ‘dancer,’ admirable, overwhelmed, in transit, and fleeting.

Juxtaposing the light, airy instrumentation of a song like “Dancer” or “Wishful Thinking” are dazzling vocals that transcend space and time. LÉON’s tone is rich and full, even in the most grounded, simple, and quaint of musical moments. Synth-based ballads resonate just as deeply as guitar-driven numbers (“Moonlight” on an acoustic six-string is a perfect example) where all walls fall away and you can feel each goosebump rising as you find yourself within the lyrics.

The more unguarded LÉON gets, the brighter the production shines – not to cover up the message at hand, but to enhance its energy and set the scene in the way a cohesive film score does. Looking at “Lift You Up,” you are transported to a world of warm smiles, clasped hands, and tight embraces – the pinnacle of a relationship, romantic or platonic. There is an openness and an effortlessness to this song that makes you fearful of popping the fragile bubble of joy… which inevitably happens in the aforementioned “Moonlight.”

Circles can’t help but make an impression on you. It’s soft and eloquent with just enough aggravated personality to feel like a melodic page ripped out of a diary. Yes, specifically ripped out and not a page from within a diary. Why? Because while a diary in itself is intimate, an entry is private, but once it’s ripped out it’s bigger than itself – it’s a piece of paper, raw and alone, drifting through the air away from the hand who decided its fate. That, in itself, is public. Circles is a public, indie pop interpretation of growing up – and around – people, places, and things we once thought we knew and once believed to have loved.

So, what’s the moral of LÉON’s story so far? Success is being able to connect wholeheartedly with every single person who has the privilege of being immersed in your ethereal artistry.

CIRCLES, THE EMOTIONAL THIRD LP FROM LÉON, IS OUT ON FRIDAY! KEEP UP WITH HER BY CHECKING OUT HER WEBSITE!