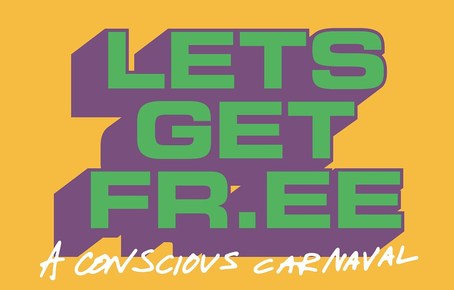 Missy Elliott and Anderson .Paak will headline the inaugural LETSGETFR.EE Carnaval at Flushing Meadows Corona Park in Queens on August 20 and 21.

The all-ages event will have two static stages plus multiple moving stages inspired by Brazilian Carnaval. The gates will open each day at 1 p.m. Tickets start at $69 and will be available first to Queens residents.

Matthew Morgan, the founder and former leader of the Afropunk festivals, along with longtime partner Jocelyn Cooper and in partnership with global creative agency Anomaly, intend for LETSGETFR.EE to be “the world’s largest purpose-driven festival in the heart of the most diverse county in America: Queens, New York!” The mission of the diversity-focused music experience is “to close the equity gap for Black, Brown, Asian, and other underrepresented people in the entertainment industry, with the aim of achieving a diversified workforce across all levels in the industry by 2030.” To implement this, LETSGETFR.EE has committed to work exclusively with brands and companies who commit to long-term systemic change.

According to the festival promoters, LETSGETFR.EE is an events business founded to elevate equity for underrepresented people in the entertainment industry on and off the stage. The promoters define underrepresented groups as Black, Brown, Indigenous, Asian/Pacific Islander, Latinx, LGBTQIA+, gender nonconforming individuals, persons with disabilities, and women. The promoters promise “a brave space with positive energy, taking inspiration from Afro Latin Carnaval culture, Caribbean sound system culture, and the idea that we are better when celebrating our diﬀerences, together.”

The food experience at LETSGETFR.EE will be curated to celebrate the history, evolution, and influence that communities of color have on the culinary world. The Culinarians will be an event within the event, showcasing new leaders in the food world who are making their voices heard in traditional and innovative ways. The Culinarians will highlight the global impact and influence that street food from Africa, the American South, Asia, the Caribbean, Latin America, and Southeast Asia has had on haute cuisine and culture. In addition to food vendors, the Culinarians will present food talks, cooking demonstrations, dining experiences, a food truck rally, and a fancy food market, while supporting local businesses, vendors, cookbook authors and chefs in the world’s most diverse food city.

CHECK OUT MORE BY EVERYNIGHT CHARLEY AT HIS BLOG, THE MANHATTAN BEAT!