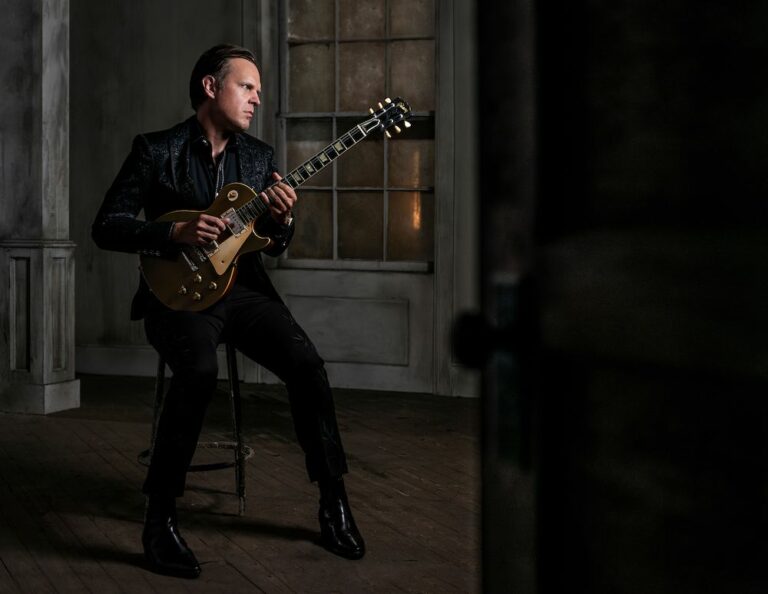 Moving the Needle – A Candid Conversation with Joe Bonamassa

Where would blues be in the 21st century without the work, heart, talent, and wisdom of Joe Bonamassa? We don’t want to know – we’re just happy to still be experiencing his greatness.

Celebrated blues guitarist/vocalist Joe Bonamassa is set to play the Count Basie Center for the Arts in Red Bank, New Jersey on March 20. Calling from a tour stop in Greenville, South Carolina, he assures fans that he has picked up, performance-wise, right where he left off before the pandemic temporarily forced him off the road.

“Last year, we ended up managing to play 50 shows,” Bonamassa says. “We did some socially distanced ones, which were weird, and then we did 38 or 39 shows in the fall. It’s been good to get back onstage and play. Every week, it feels a little bit more normal than it did the week before. I think that people have accepted that [COVID] is going to be part of life and you can’t stay at home in your pajamas forever, though I know there’s some people that would prefer that. I’m like, ‘How do you just sit at home all day?’ I can’t do that.”

Fans heading out to next week’s show can expect to see Bonamassa and his band cover songs from across his entire storied career. “We go through everything from my first solo album from 22 years ago [A New Day Yesterday] to stuff we’ve done in the last five or six years, and then we get to the stuff that everybody wants to hear,” he explains.

Even though Bonamassa says he’s happy to be back on the road, he’s also honest about the fact that he already foresees an end to his music career, even though he’s only in his 40s now. “I mean, I’ve got a few years left. I’d say maybe 10. I’m pretty honest about it: there will be a second act,” he says. “I’ve been in the business since I was 11, so that puts me at 34 years that I’ve been playing guitar professionally. I think 40 years in any profession is respectable. Then you have the rest of your life to enjoy what you’ve accomplished and do something else that you are passionate about. There’s a point where you don’t want to live out of a suitcase. There’s a point in any person’s life where you just go, ‘It’s time to do something else.’”

Although Bonamassa’s eventual exit will likely disappoint longtime listeners, he’s already achieved more than most musicians ever do. A virtuoso guitarist as a child, he was only 12 years old when he opened for blues legend B.B. King.

There was, Bonamassa says, no question that he would become anything other than a professional guitarist: “I’m a fourth-generation musician. My great-grandfather played trumpet. My grandfather played trumpet. My dad played guitar. I play guitar. So music was always in the house. Gigs were always a part of my upbringing, whether it be my father’s or my own, so it’s just one of those things where I was preordained to do this.”

Blues music “was just the kind of music that moved me when I was a kid,” Bonamassa tells us. “From B.B. King to Eric Clapton, I was just like, ‘I don’t know what that is, but I want to be involved in it.’ There’s something about certain types of music, it just hits you on a DNA level. B.B. King could have sung a recipe for lentil soup and it would have been great. It’s about how music makes you feel, it’s the emotional connection. What I love more than anything is creating that emotional attachment to the audience, where you take them on this journey.”

To date, Bonamassa has released 15 critically acclaimed studio albums – his latest, Time Clocks, came out last year. He’s also earned three Grammy nominations so far, though he’s skeptical of the artistic merits of that type of thing. “One of the things about awards is, you can’t make music for that. That’s not going to move the needle, musically,” he says.

Even with all that success, though, Bonamassa admits that he isn’t over-confident about his abilities. “Everybody, from your musical heroes down to the hobbyist level, has the same self-doubts,” the guitarist admits. “They have the same, ‘Am I any good?’ Some of the best players hate the sound of their own guitar playing. Me included, sometimes. I’m like, ‘God, I can’t even listen to it.’ But somebody likes it. You just have to accept that your music feels and plays to others way differently than you hear it yourself. Musicians are so riddled in self-doubt and insecurities – but it’s those insecurities that actually make you good and vulnerable onstage.”

With that, Bonamassa says goodbye so he can prepare to hit the stage in Greenville in just a little while. He says he’ll have this same focus for the upcoming Red Bank show, and every other performance he does. “The only expectations I have to live up to are the people that come to see me play – those are the only ones that I care about. I play music for them. They’re taking time out of their schedule, they thought enough of me to buy a ticket and come to the show. That, to me, means the world. You can never take that for granted.”