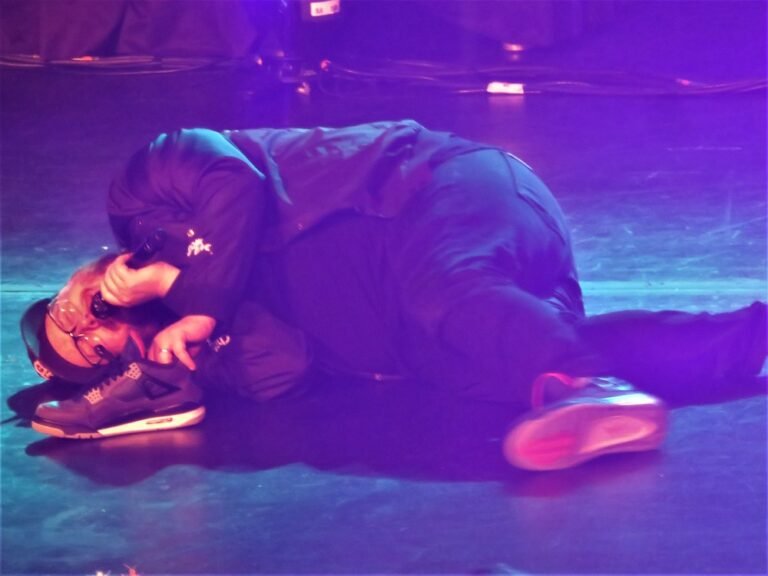 Hailing from Birmingham, Alabama, St. Paul & the Broken Bones brought the sweet soul music of the deep south to New York City. The powerhouse soul/funk/rock band sold out its debut at the Beacon Theatre, the largest venue the group has headlined in town so far. The concert was in support of the band’s fourth and most recent album, The Alien Coast, released on January 28, 2022.

St. Paul & the Broken Bones played a career spanning set with selections from each of the four albums. The band opened the show with three songs from The Alien Coast album, including the single “The Last Dance.” Throughout the set, Janeway belted the songs like he was in a Pentecostal church choir as he paced back and forth across the width of the stage, occasionally pausing briefly only to shuffle a few dance steps. By the sixth song, however, Janeway was in the audience, singing “Sanctify” even from the mezzanine and the balcony. The theatrics reached their pinnacle when later in the set, Janeway removed a sneaker, laid on the stage, and pounded his sneaker against the floor as he crooned his song.

Although not as visually gripping, the Broken Bones instrumentalists impressively mastered much of the musical dynamics, from extended guitar licks to climatic brass fills. Janeway’s presence was consistently magnetic, so a couple of times he retreated to the sidelines to allow his musicians to shine. From silky, swoony jams like “Sanctify” to mid-tempo dance tracks like “Flow with It (You Got Me Feeling Like)” and “Apollo,” the band provided the buoyant groove,  while Janeway’s stratospheric range gave the songs their melodic punch. The performance overflowed with heart and soul.