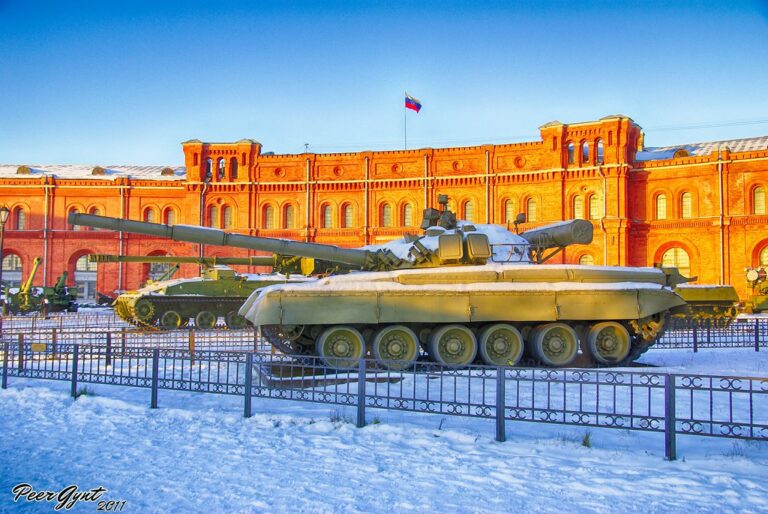 How Putin’s folly in Ukraine is systematically destroying Russia:

Things are actually going worse than I predicted two weeks ago when this ill-conceived and badly figured military invasion of Ukraine began for Russia. Vladimir Putin’s utterly insane idea with no rational endgame to occupy a neighboring nation with a subpar, hardly motivated army (more confused by the reasoning for the fighting than motivated to “win”), has turned into a bloody stalemate that will only worsen when the tough part of the war inside the urban slaughterhouse commences. The Russian Army has been exposed as ill-equipped and badly led. The entire enterprise has caused a once proud nation to be dragged into economic and moral calamity. It, and its beleaguered tyrant president, has been, summarily, shunned by the rest of the world. It would seem Russia is on the brink of complete anarchy in less than a month, purely on the whims of a madman.

Putin has done what no NATO coalition could have done. He has doomed Russia. The country is bankrupt, ostracized from the 21st century global economy – more than 400 western companies have abandoned it, throwing thousands of citizens out of work, and in the process dragged the last 30 years of progress and assimilation since the fall of the Soviet Union into a new dark ages. It is so bad Putin is forced to beg China for much-needed help and then take to the airwaves to shout about “traitors and scum,” many of whom cling to a harsher reality of food shortages, gas hikes, and an isolation from the goods and services in which they rely.

That is to say nothing of the Russian troops who routinely abandon tanks to run scared into the Ukrainian forests or put down their weapons in an open act of desertion. Who can blame them? According to Pentagon officials quoted in a recent New York Times article, more than 7,000 Russian troops are already dead, a greater number than American troops killed over 20 years in Iraq and Afghanistan combined. To gain a starker perspective on this, the article goes on to state that “in 36 days of fighting on Iwo Jima during World War II, nearly 7,000 Marines were killed. Now, 20 days after Russia invaded Ukraine, Putin’s military has already lost more soldiers.”

Through the “fog of war,” these are conservative estimates. Some in the U.S. military have been given greater numbers of deaths, which they describe as “staggering.” As many as 10,000 Russian soldiers have likely been sacrificed for this boondoggle, due to Belarusian morgues filling up daily with the slain.

This nearly one month offensive, predicted by Putin’s brain trust (many of which have likely been executed by now or thrown in prison) as originally taking three to four days, has eviscerated Russian troop morale. Motivation for this mess was already shaky due to soldiers having to murder many of their fellow Slavs for what sounded to them (and the rest of the planet) as a goofy propaganda ego-circle-jerk by a mentally challenged dictator. The general rule of war is that a 10% casualty rate, which includes wounded, for a single unit renders it unable to carry out combat-related tasks. The estimate so far is nearly 21,000 total wounded, which is nearly 10%, as there are reportedly more than 150,000 Russian troops in Ukraine. And the kicker might be that four Russian generals have also been killed, a number that usually hovers around zero for generals. General don’t die. Russian generals are dying – daily.

Considering a lunatic like Putin won’t be quitting this folly anytime soon, he has upped the ante on this losing bet by slaying civilians, using illegal weapons, calling in mercenaries from Syria and the black ops the Russians normally used to assassinate journalists and dignitaries. A kitchen sink tossing is sure to follow. These are desperate times for a despot living in a fantasy.

Ever more galling to Putin is Ukraine President Volodymyr Zelenskyy, former comedian and TV star, being the toast of the western world and recently enjoying a standing ovation during a speech to the U.S. Congress. Zelenksy has made a very public mockery of the false bravado of his enemy, as women, children, and young civilian men join forces with the undermanned Ukrainian Army to thwart the “mighty” Russian Army that staggers around looking to move forward while barely holding flank. All of it is televised 24-hours a day and flashed on social media: the failures, the embarrassment, the eventual surrender.

While invading Ukraine was never going to end well, not even I could have predicted that there is a chance that Putin may actually lose this war. The longer this bloodletting and destruction of the Russian Army continues this is becoming more of a reality. As stated here a month ago, even if he eventually holds out, after thousands and thousands of his troops are slaughtered and he massacres thousands of Ukrainians, implants a puppet government, and claims some kind of empty victory, then he becomes nothing more than a flaccid occupier, continuously fending off insurgencies and domestic terrorism. All the while continuing this dance of economic suicide with his people and the rest of the civilized world.

Putin is going to lose this eventually, be tossed into the rancid dustbin of history like all the crazies who attempted this stupid shit. But what is to become of Mother Russia, its people, and it’s general standing in the world, economically, politically, morally? What of the people who endure the last vestiges of this maniac, who has gambled their fortunes on a losing and deadly proposition?