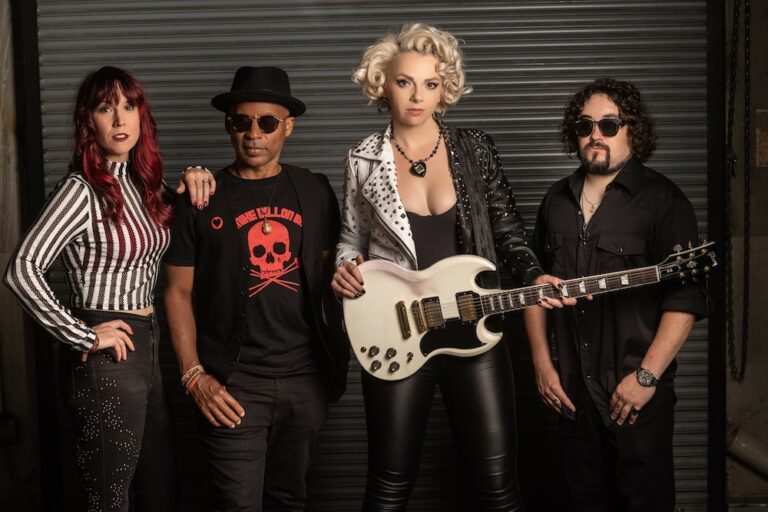 One of the highlights of my musical life was going to Louisiana for the 2015 New Orleans Jazz & Heritage Festival.  Now you don’t have to travel south as Michael Arnone’s 31st Annual Crawfish Fest will bring a heaping helping of New Orleans on June 3, 4, and 5 to New Jersey. The pandemic may have cancelled the fun the last two years but the Sussex County Fairgrounds in Augusta will rock and reek with the smells of boiled crawfish, crawfish étouffée, pork jambalaya, Southern Fried Chicken, grilled alligator, and oysters. Three stages, camp sites, and 20 NOLA acts.

It all started in 1989 in Butler when Arnone, a Jersey electrician, got 70 people to enjoy 300 pounds of crawfish and a big pot of jambalaya while two bands played. This year, 20,000+ are expected. I’ll be there. There’s nothing like chowing down on a po-boy while walking around digging the best music in the world.

Sure, I’m partial. It is my contention that New Orleans music is the most joyous, memorable, wonderful, soulful music on the planet. Just watch Treme, the TV series about post-Katrina musicians struggling to earn a living – notice how much fun the people in the clubs are having. It must be in the water. There’s just something special about the music from that area of the country. Blues, soul, funk, rock’n’roll, gospel, jazz, zydeco, and hardcore country will be represented (none of that country-pop crap).

“We cannot wait to open the gates, fire up the 45-gallon cast-iron pots, crank up the amps and let the music flow,” says Michael Arnone, originally from Baton Rouge before he moved to Jersey. “And our timing is good, as crawfish are in season!”

Top 5 Acts Not To Be Missed

1) Dirty Dozen Brass Band:  They’ve been around since ’77, revolutionizing the traditional brass band sound by incorporating funk and bebop. It’s such a kick when it’s a tuba acting as bass while trumpet, sax, and trombone all wail away and an electric lead guitar splits atoms with its roaring volume.

2) Ally Venable is only 23 but has been around for nine years. (Do the math.) Her brand of blues-rock is more North Texas than Gulf Coast. Her current Heart Of Fire album is a blistering stew of chops falling somewhere between Stevie Ray Vaughan and Johnny Winter.

3) Samantha Fish’s new album is Faster, an apt title for a wild guitar slinger. Someday she’ll tour with her blues-drenched older sister, Amanda Fish. They started out in Kansas and are both accomplished rockers.

4) When I saw Tab Benoit at the MusikFest Café in Bethlehem, Pennsylvania, I was blown away. The 54-year-old is from the swamps of Louisiana in backwoods Houma. Sure, he can go the Tony Joe White Swamp Rock route, but he also delves into Delta Blues, Chicago Blues, and can rock hard as a bitch. An extra plus is his awareness and activism for coastal wetlands preservation.

5) Bonerama is wild. Straight out of the French Quarter of Crescent City, this brass sextet can fire up a crowd like a tornado. They’ve been around for 24 years after being part of Harry Connick Jr.’s back-up band. And they’re right up there with Whitney Houston, Jimi Hendrix, and Jose Feliciano as the best interpreters of “The Star Spangled Banner,” which they performed at the 2008 Sugar Bowl. Go get their 2019 Bonerama Plays Zeppelin right now!

Now, if you haven’t gotten a pair of tickets or two for you and your friends….  Purchase Jambalaya Mix or Day, Group and Camping Tickets here to Michael Arnone’s Crawfish Fest in Augusta, New Jersey.