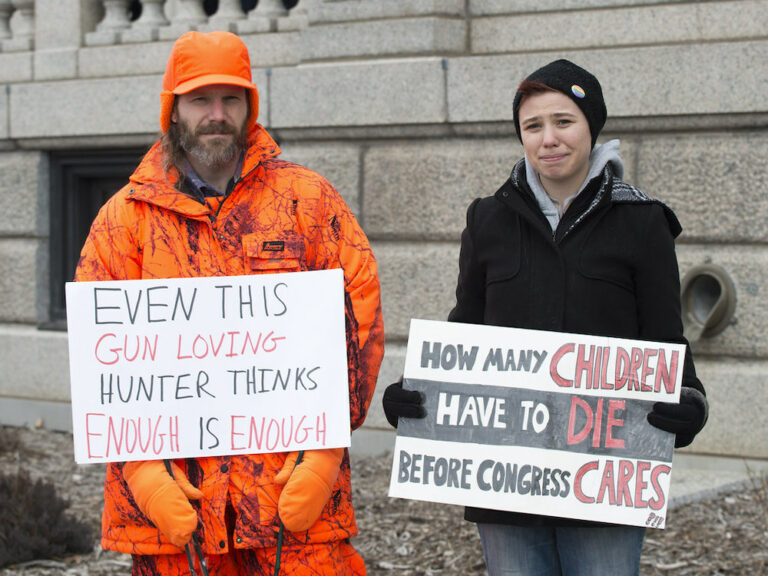 "Minnesota March for Our Lives" by Fibonacci Blue is licensed under CC BY 2.0. To view a copy of this license, visit https://creativecommons.org/licenses/by/2.0/?ref=openverse.

Running out of shit to write about this… so here is what you get:

I have a book coming out on the day this hits the cybersphere. Sorry, but I’m privileged to plug it here. Shit, I’ve been doing this for a long time, and my managing editor, Debra Kate Schafer, is the coolest and she recently conducted an interview with me for the book and supports my work, and hell, it’s titled, Take a Sad Song – The Emotional Currency of Hey Jude. Of course, I would hope everyone gets it and reads it and enjoys it. I am damn proud to include the voices of so many talented and smart people in it. But mostly the book’s release reminds me daily of how down and confused and scared we all were in 2020 during the quarantine when I wrote it. It was my pandemic project, and while I discovered much about song, the Beatles, Paul McCartney, the times, and everything in between – what always comes back to me from the experts and artists who lent their insights to it, is that while it seems easy to have empathy and care about our fellow humans on the surface, it really isn’t. It is hard. Very hard. Personal interest. Personal sovereignty. Personal ambitions will overwhelm any desire for the greater good.

This is why we tend to eliminate people who espouse empathy as a general philosophy of life – Jesus, Gandhi, Martin Luther King, ya know.

Ok, so enough of that nonsense – but it’s not nonsense. No. Because if it was then I wouldn’t again feel the need (against all the instinct in my bones) to comment on the Texas school shooting this week or to continue to wonder what our fascination is with guns, violence, racism, personal angst, vengeance, grievance, victimhood, and everything in between. Humans, I mean. Not Americans per sé. I have been quite clear here from the very first column I wrote for this paper; that America is the great human experiment. We are given a unique opportunity in the annals of civilization to lift ourselves up, but we rarely if ever do.

I think it seems obvious to write that no one wants grammar school children to be massacred. (Except maybe the odd person with similar aspirations as the young man who decided to kill his grandmother, post it on Facebook, and minutes later – as blithely as one might mention taking a pop down to the market for a gallon of milk – proclaim that he planned to murder kids in a school, and then enact it.) But beyond these damaged beings, there cannot be enough people that think this is ok.

Then I see this the very moment I sat down to write this on the CNN web site: “The shooting is the latest entry in the long history of gun violence in the United States. Before Tuesday, there had been at least 39 shootings in K-12 schools, colleges and universities in 2022, resulting in at least 10 deaths and 51 injuries.

There have been 39 school shootings in 2022? The year is only half over. Thirty-nine. The last time I wrote something like this, probably last year, and the year before that, and the one where I just wrote “blah blah blah” for a thousand words, some people argued that maybe the stats were off or that some could not be considered “school shootings” because they happened in the parking lot or the guy’s gun didn’t fire or something. But, I mean, 39?! In six months?

So, it is very difficult to balance that we are not kill-crazies in a country where kill-crazy has become almost a daily occurrence, like rain and farting.

I have no idea why guns are so important to people. I do not own one, but this also doesn’t mean they are not – for whatever reason the gun people have for owning, shooting, collecting them – legit for it. That’s on them. I love Tom Waits. And not just the brilliant songs – his singing, too. People think that’s weird. So, I don’t care if people dig guns, and I have never been anti-gun or went nuts for sensible gun laws. I think, like drugs, the guns are not necessarily the problem, people are the problem. People will get guns like they get drugs. And for the record, people will get abortions. Lots of abortions after that becomes illegal. But, then again, we do have traffic lights and seatbelts, so we always factor people being shitty into our laws.

I don’t know. I guess this is all to say that I have less to say about this latest horror show in Texas, other than perhaps one should be expected to be shot at in Texas. They have more guns per-capita than any state. It’s in their state crest. They thump their chests about cowboys and guns all the time. To say the least, Texas is gun centric. The only reason to have a gun is to kill a mammal. It’s a kill machine. There is no other use for guns, unlike Tom Waits, who has many elements – you can dance to some of his stuff, enjoy gin with it, even annoy your friends. But a gun is less for picking your teeth or cutting your grass or hitting a baseball. It’s a kill machine for fast and effective killing. That’s it. So, if you live in a state that celebrates this and part of its very communal identity is a kill machine, and if you send your kids to school there, maybe you should expect the odd shooting? Just sayin’. If you think about it, it’s a miracle there isn’t more of these shootings there. Maybe there will be more. Maybe today.

I guess what still irks me is that we accept this pretty much as normal. And that is a weird comment on us. Weirder than Tom Waits’ voice or my plugging my book about a song that shines with comfort and unity to then pivot and write about how we apparently dig children dying in schools when deep-down I cannot fathom this. But what other conclusion can one come to?

We have always been the kill capitol of the planet. This is what defines us. Not Judeo-Christian morals or constitutionality or rights or exceptionalism. Killing. Our national anthem is about killing. There’s lots and lots of killing. Sanctioned and not. Crazies with guns and knives and bombs. Crazies bashing their way into the Capitol or burning down a Wendy’s to protest violence. Cops are crazy. People killing. Kill. Kill. Kill.

Got nothing particularly smarmy or pithy to add to this. It’s just what’s on my mind the morning I pound this out on the old keyboard device. Killing. This is our main export to the world. We, I guess, like it, love it, embrace it. It’s part of us. The great human experiment. My thoughts have not changed on this and I doubt they ever will. The evidence is way too strong to support my findings.

Not sure we can take this sad song and make it anything.

Or maybe we can.