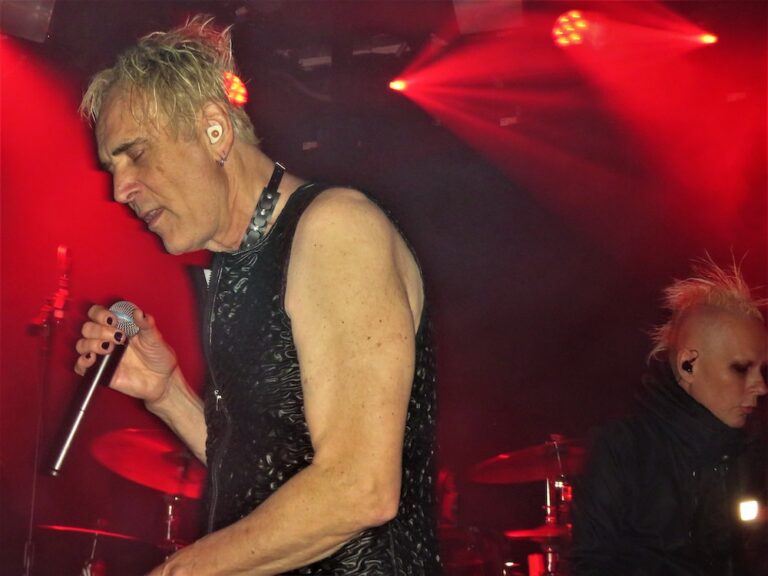 Industrial music has been an underground cult movement since its inception in the mid-1970s. The genre, which embraces technology and electronica and pairs it with heavy metal power and propulsive club beats, saw mainstream exposure thanks to Nine Inch Nails, Marilyn Manson, Ministry, and a handful of other success stories, yet its hard and gritty sound remains too abrasive for the general public. Nevertheless, faithful musicians in this field continue to produce new music, appealing to fans of gothic metal, post-punk, darkwave, and electronic body music (EBM).

Bill Leeb formed Front Line Assembly in 1986 in Vancouver, Canada, after a brief stint in Skinny Puppy. Through the years, Leeds as vocalist has teamed with several musicians, most often with keyboardist/programmer Rhys Fulber. Front Line Assembly released its 20th and most recent studio album, Mechanical Soul, on January 15, 2021.

In the studio, Front Line Assembly is usually a duo, most recently Leeds and Fulber again. Live at (le) Poisson Rouge,  the duo was assisted by guitarist Tim Skold of (of KMFDM), and drummer/keyboardist Jon Siren (of Mankind). Throughout the performances, kinetic visuals projected onto the screen behind the musicians and onto the musicians themselves, inadvertently giving curiously distorting textures to their facial features.

Leeb rarely spoke to the audience; instead song followed song in rapid order. While the band could have selected music from its vast 35 years of recordings, the set concentrated on catalog from the past 20 years or so, with brief forays into the 1990s. Although the tour was named for the band’s most recent album, the concert seemed to feature only one song, “Unknown,” from that collection.

In the end, it did not matter much which songs were played, as the concert was more about the Front Line Assembly’s sound than its individual compositions. Leeb paced the stage as he growled and grunted his vocals. Skold, with his blond, spiky Mohawk and apocalyptic-looking outfit, also enthused the audience by pacing and playing his aggressive guitar riffs at the edge of the stage. Fulber layered electronic soundscapes at his keyboard towers, and heavy-handed Siren speedily crashed his percussion in darkness. Together, the four musicians created tense, macabre music that grated and pushed against boundaries of comfort. While engineered and propelled by Leeb’s raspy vocals and Fulber’s waves of mechanical-sounding synthesizers and sequencers, the energetic thrust of Skold’s aggressive guitar work and Siren’s savage pounding added a particularly strident flavor to this dark music.

Performances like this prove that industrial music is still alive, although stealthily hiding under the radar. Loyal rivetheads, as followers of industrial music are sometimes called, reveled in Front Line Assembly’s performance. As long as Leeb and his collaborators create innovative, challenging music, adventurous fans will support it.