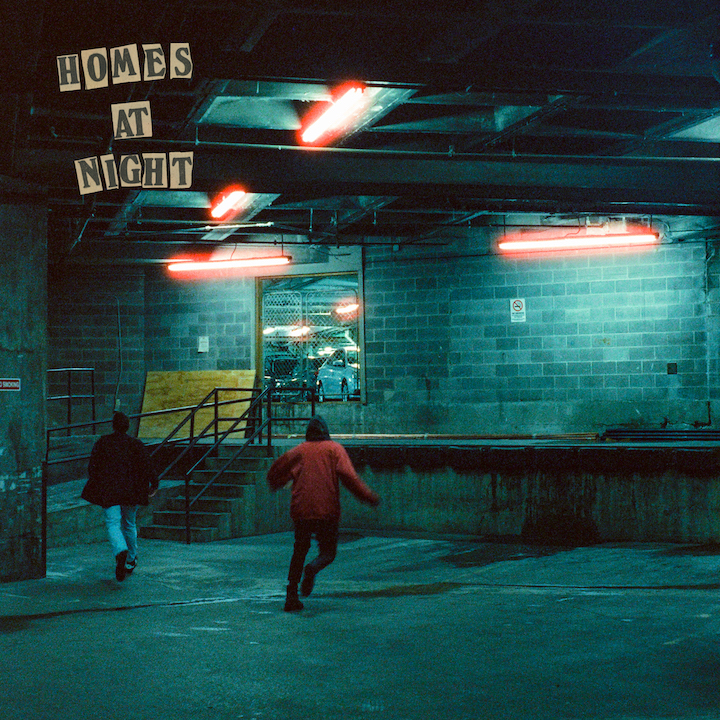 PREMIERE: A Welcome Introduction to Homes at Night

Homes at Night are new, but they feel like old friends. “Bonnaroo” is new, but it sounds like a memory… if not one to be made.

“Bonnaroo” takes the idea of a song being an ‘anthem’ strips it down – nothing flashy, no mind-numbing ear worms, minimal repetition. It leaves you with a number that is, in fact, anthemic, but understated in its rocking indie prowess. You get moments of unique scraps of sound, while also getting inklings of the band’s best influences. (The narrative quality of mid-2000s Green Day, the ebb and flow of The Starting Line, and the understated whimsy of The Decemberists. Original, but still following in the footsteps of the greats, Homes at Night feel like seasoned pros with so much to give; “Bonnaroo” is clearly just the beginning.

Comprised of Hank Compton and Aksel Coe, Homes at Night is a duo in the vein of The Driver Era and The Killers. Each member knows their worth lyrically, their place vocally, and their skills instrumentally; it is the way they play off one another to build a robust, memorable pop rock tune that piques our interest. (Sometimes the saying ‘too many cooks in the kitchen’ rings true. This is that case. Homes at Night would be watered down, so to speak, if there were more musical voices adjusting and inspiring – which is what we would expect, as well, with bands like The Driver Era and The Killers.)

There are notes of nostalgia in the track that linger long after it closes at some three-and-a-minutes. If that’s a feeling you seek out, or simply enjoy the captivation of, tuning into the music video is a top notch choice. You feel the band’s DIY edge in the crackling, home video-style cinematography. Visually emotive is the only way to describe the experience of watching the video – add in the fact that this is their debut single and you’ll be moving, grooving, and in your feels all at once. We couldn’t be prouder to be premiering it today.

This video juxtaposes the professionalism laced into the bold riffs and borderline cathartic harmonies the song itself holds onto. It’s hard to believe that it’s the first song that was written by the band! It all feels so natural, groovy without feeling dated. “Bonnaroo,” to us, comes just in time for long summer drives – a song for new beginnings, a new season, and new memories. Homes at Night is off to a great start with both talent and timing on their side.

“BONNAROO” IS OUT NOW! THE BAND’S DEBUT EP IS ON IT’S WAY, SO KEEP UP BY CHECKING THEM OUT ON INSTAGRAM!