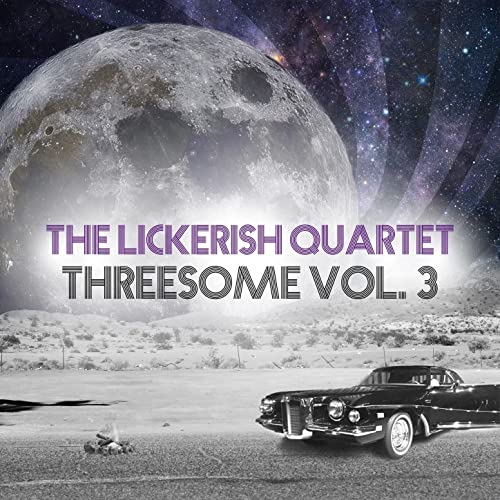 The Lickerish Quartet: Return of the Sugar High

“Fortunately” leads off with The Lickerish Quartet’s signature sound. The EP’s first single is sticky sweet, but dive deeper and you’ll find a sea of philosophy. The lyrics (I have a secret that I have learned / Although some may not take it so well/Fortunately for all involved, no one really goes to hell) remind me of the classic XTC song “Dear God” with harmonies and handclaps. Tim Smith provides the vocals to this bouncy tune with finesse.

“New Days” is a cinematic landscape sung by Roger Manning Jr. It’s a psychedelic tale of remembering the past with the longing for a brighter future. The lavish guitars and groovy bass lines enhance Eric Dover’s idealistic vision portrayed in his words. “You All Alone” follows with Dover on vocal duties and posing the question “Who is the hunter and who is the hunted?”. The string arrangement is particularly riveting.