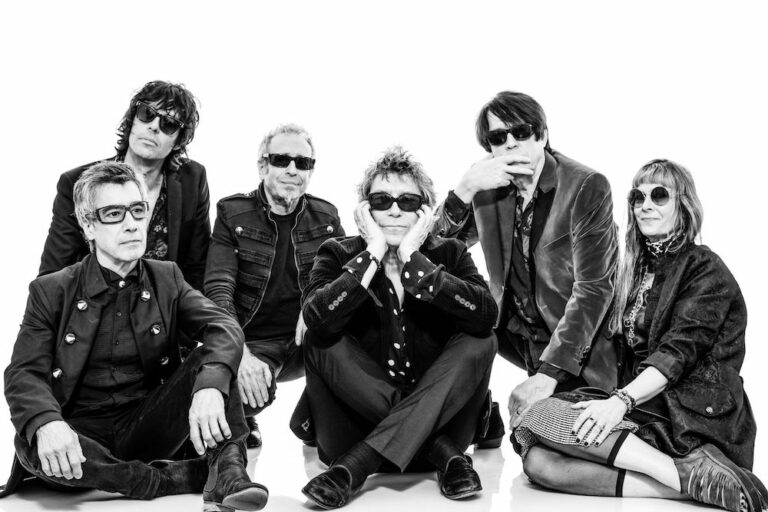 The Right Time & Place with The Psychedelic Furs

If you ever wanted some motivation to start a band, or anything artistic for that matter, the following chat with the PFurs will do the trick as it’ll teach you that trying something new and bothering your ‘rents along the way can be more than worthwhile.

In July 2020, when The Psychedelic Furs released Made of Rain, their eighth studio album, it was a much anticipated event. After all, at that point it had been nearly 30 years since the beloved post-punk band’s last release, 1991’s World Outside. Unfortunately, Made of Rain arrived when pandemic-related lockdowns were at their peak, making it impossible to tour to support the album. Two years later, though, the Furs are making up for it with concerts across North America, including one at The Rooftop at Pier 17 in New York City on July 15 (with seminal L.A. punk band X as the opening act).

“It’s been a long time since we had new stuff out, and we just wanted to play new songs for our loyal audience, and we’re finally going to be able to do it,” says bassist Tim Butler during a recent call with The Aquarian. “No drug can be as good as going out in front of an audience and hearing them sing along to songs that you’ve written, whether it’s 40 years ago or a year ago. It’s just great.”

Butler pleasantly notes that they are playing quite a few of the songs from Made of Rain on this tour because the album has received such a warm reception. “To come back after 30 years with a new album, it’s a worrying thing – about how it’ll be received – but, actually, we got rave reviews for it. Several ‘album of the year’ from magazines. So it was really gratifying. We’re just blown away by the reaction to it. We breathed a sigh of relief.”

The unusually long break between albums came after the Psychedelic Furs went on hiatus for much of the 1990s, then found themselves uncertain about how to proceed even after they reformed. “When we got back together in 2000, we were always planning on doing [a new] album, but we were a bit scared – we didn’t want to come out with anything that wouldn’t stand up alongside our older albums,” Butler says. “So we put it off and put it off.”

Instead, they toured extensively, though Butler says they also resumed songwriting behind the scenes. “We were exchanging ideas. Then finally we had a great band that was really clicking together,” he says. “It was like, ‘We have some great songs here, let’s go and record them.’ When we actually did get down to it, it was really quick.”

Butler thinks Made of Rain was received so well because they “stayed true to [their] initial values as a band.”

“I think we’re just lucky enough to be able to write good songs,” he adds, stating that this fact applies to their previous work, as well: “The songs don’t age. A lot of bands, especially Top 40 type bands, you can actually place them in a certain decade – or a year, even. We have a sound that I guess doesn’t age. Some of our earlier records could be coming out now and they wouldn’t be out of place, I don’t think, in the alternative music market.”

Butler can pinpoint exactly how the band’s edgy-yet-melodic post-punk rock sound came about: “We were influenced by The Velvet Underground, Roxy Music, and the energy of the Sex Pistols. All that molded together and helped shape our sound.”

Butler and his brother Richard, who is the Psychedelic Furs’ lead vocalist, formed the band in 1977 when they were teenagers growing up in England. Butler recalls that they had attended an incendiary Sex Pistols concert in London, which they found particularly inspiring. “We were just blown away by the aggression and the energy,” he says of that show. “So we just thought, ‘Hey, why don’t we get a band together?’”

The problem was, they didn’t know how to play any instruments. Butler decided to pick up the bass guitar, though he admits this wasn’t his first choice. “Actually, I wanted to be a drummer, but I couldn’t afford a drum kit. I wanted to be at the bottom end, because without the drums or bass, what is a song? I wanted to be the glue that holds it all together.”

His brother Richard, possessing a distinctive raspy voice, became the fledgling band’s lead singer. School friends filled out the rest of the lineup. “They brought their guitar and sax around to my parents’ front room and we annoyed them a few weeks,” Butler recalls with a laugh. “Then we moved to a rehearsal studio. It started out just getting together as friends and jamming. We never thought it would last this long. It was just, ‘Go out and play some gigs and have some beers and have a good time.’ And it just snowballed.”

Butler says it quickly became clear that The Psychedelic Furs were on the right track because they landed a record deal after playing only a few shows. “Some bands slog around for years before they get signed,” Butler says. “We were very lucky. The time was right. People were bored with the three chord thrash of punk.”

They went on to put out their self-titled debut album in 1980. As that decade progressed, they released several songs that would become staples on college radio and MTV alike: “Love My Way,” “Heaven,” “The Ghost in You,” and “Heartbreak Beat,” among others. Their 1981 single “Pretty in Pink” inspired the hit 1986 film of the same name; their reworked version of the track for that soundtrack earned them one of their biggest hits.

Of those hits, Butler says he most enjoys playing “Heaven” at concerts “Because it’s a song that gets people dancing – but it’s about planes going over dropping bombs,” he says. “The music and the lyrics, you wouldn’t expect [them] together.”

He says he’s looking forward to playing soon at The Rooftop at Pier 17, where the Furs last played in 2019. “It’s great: you’ve got the Brooklyn Bridge in the background,” he says of the scenic outdoor venue. And he has a message for fans coming to that show: “Just have fun when you come! You won’t be disappointed!”

FOR TICKETS TO SEE THE FURS LIVE AT THE ROOFTOP AT PIER 17, CLICK HERE! FOR MORE DETAILS ON WHAT THE BAND IS UP TO, VISIT THEIR WEBSITE!