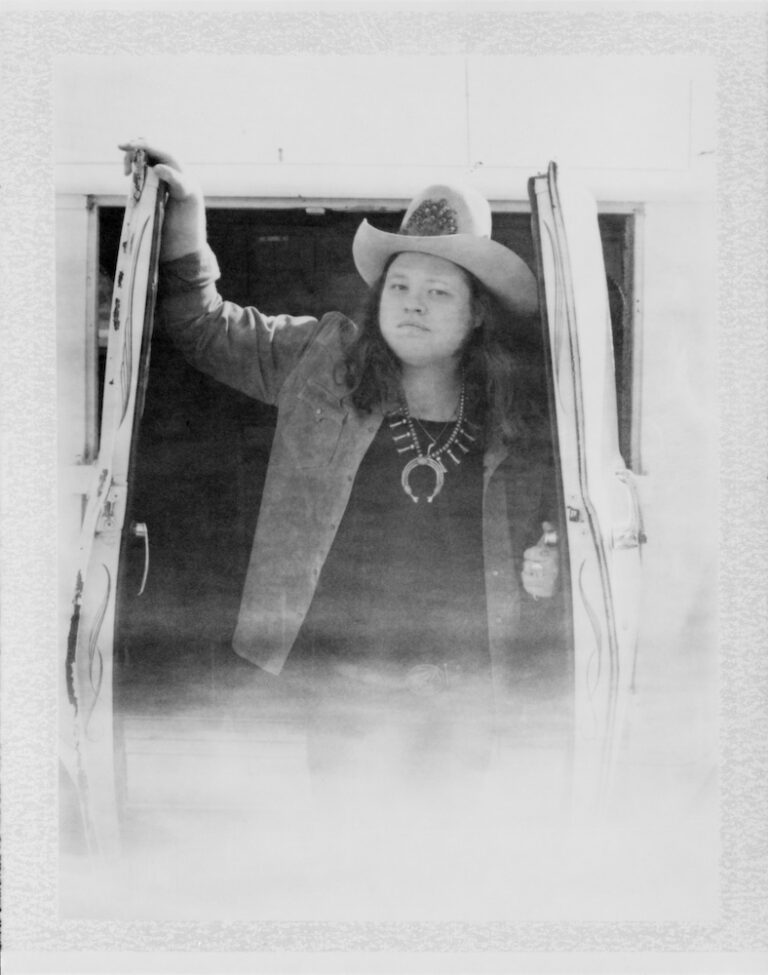 Conversing With the King – Marcus, That Is.

More often than not, vulnerability and artistry go hand-in-hand. Nobody knows that better, or depicts it in a more epic fashion, than the man behind Young Blood (out Friday).

Prepare yourself for the uproarious, explosive new record from Marcus King. The rockstar – who has very much earned such a title – has a gratifying new eloquence about him, which translates beautifully into the slinky, slithering hooks of album number five. There is a transformative nature to this LP as it builds in its expected country rock glory but is aptly weighed down by the artist’s showcasing of his most authentic blues roots yet. It’s a groovy, jam-packed, heartfelt, and concise package of music worth the time and energy needed to fully absorb every instrumental and narrative nuance.

Grammy-nominated King balances the raw with the riot on Young Blood. He puts his soul, his character, and himself on display just as much as he does his skill, his talent, and his creativity. It’s personal, humble, and even harrowing at times, but sonically upholds the dynamic nature of one of his down-home live shows. Exciting, electric, and earnest is the Young Blood era of Marcus King.

Sitting back down with the gracious, mindful musician gave us an opportunity to catch up on what it means to be Marcus King in 2022, while also reflecting on being human in the 21st century.

You know, Marcus, we actually interviewed you here at The Aquarian in January of 2020 – right before things got interesting.

That’s right. We had no idea what was gonna come.

No idea at all, but luckily we had a great album from you then to keep us going [El Dorado] and now we’re about to have another. You’ve been soundtracking these kind of big moments in the world, which, for better or for worse, we’re thrilled about.

Oh, man. Well, I appreciate you seeing it that way. I guess for us it was really just trying to keep ourselves busy.

Young Blood was a good, cathartic project for such a thing. I was honored to be able to hear the record in full and I am now keen on asking you about the tracklist, because it starts off with “It’s Too Late” and closes with “Blues Worse Than I Ever Had;” both are fairly somber lyrically. The album flows exceptionally well, but for you, what was that like? Did it take some time to kind of build out these 11 songs and place them along one another?

I have got to attribute all the sequencing to Dan Auerbach. He is the king sequencer here in Nashville. He’s just got a way of knowing how a record should flow. He and I were working somewhat telepathically. After I cut the record, I started opening my sets with “It’s Too Late” and during the live shows. When I came home to listen to the record fully sequenced and fully mixed, it was the first song on the record, so we both kind of had that thought, so that worked out great. Dan sequenced the record, but lyric content wise… I guess the story was kind of told through myself. There were a few other writers that helped me tell the story, too, and Dan is just a really good listener as a producer and as a musician. I think he took that into account in a large way when sequencing the record, as well, as far as making it one cohesive story instead of 11 separate stories – if that makes sense.

Absolutely. One of the notes I took while listening to the record was that I thought it was your most full circle album to date. It is supremely cohesive, especially given the vulnerability of every track.

Thank you. Thank you very much.

You’re welcome. There are some pretty warm and hopeful moments on this record, too, that I really love. However, as a whole piece of music, what are you hoping that fans get out of listening to the full package once it’s out in the world?

That’s a really fine question. I think you’re gonna look more inward and you’re gonna have a release that is more outward. There are moments on the record that are a little more introspective and there’s moments that are a little more explosive musically. I just asked people to take that journey with me because each tune was written to convey the emotion I was feeling when I wrote it.

I could feel that each song was written kind of organically – as if it came out of somewhere deep within you. Did you find that, as well?

It’s really a true record for me. It felt like home to cut this style of music. This is the kind of music I grew up playing, and some folks think it’s a departure from my usual stuff when in reality the previous album was more of a departure for me doing more ballads and stuff. I just think in the timeline of my career, leaving off the last record with songs like “The Well” was just such a moment of good [foreshadowing] to this record. Me and Dan doing this record together and this being such a natural element for me, musically and lyrically, kept it very true. Like you alluded to earlier, there are some metaphorical moments that allow people to kind of derive their own personal experience from the songs.

You’ve always let the guitar speak for itself and really hold its own, but I found that Young Blood allows for a balance of the guitar and the storytelling qualities that you very much possess.

Of course. Now, Marcus, my favorite song on the album so far is “Good and Gone.” I love the line, “like a memory in the wind.” I think that is such a pertinent lyric and I’m going to hold it so close to me. Is there a standout song for you, whether it be because of how it came together, how the writing and recording process went, or just how it plays live?

I mean, that’s a tough question. A lot of people always kind of compare it to like your favorite kid, and it’s not that extreme, but it’s close for me. It’s hard to pick, but I think the most impactful song for me – just as far as the memory of creating it – is “Rescue Me.” When we wrote that with our buddy Andrew Gabbard, it was just me and Dan and Andy who wrote that tune – and they’re both incredible writers. I don’t know for sure, but I guess I was on a come down period ’cause I was partying a lot, and I don’t know how many days in a row it had been, but I had a writing session. I made it to that writing session, though, even though coming down after quite a few days can be pretty rough and your heart is going a million miles a minute and you have these inconsistent heart patterns. We wrote well, though, together, and out came “Rescue Me,” I’m pretty sure. I was feeling really anxious and you can [hear] that the song has a lot of layers as a rock and roll tune. I think that’s how I remember it going. We wrote something in the early morning and then I had to excuse myself because my anxiety got so bad. I went to call a physician friend of mine and he just gave me some health advice, some tips, and he told me not to stop everything all at once. So I went in and hit up Dan’s whiskey bar in the studio. It was a pretty dark period and that’s was the first thing we wrote when I sat back down – it was just how I was feeling. I needed somebody to gimme a hand and help me out.

There’s an intimacy in knowing that you can reflect on that time differently now that it is in song and that period has shifted and passed. Then there is also some hope within that ‘rescue me’ tagline.

Yeah, there is. There seems to be a thought process that I come back to a lot when I’m writing… I like writing from that place ’cause it’s a very… I don’t know, actually. It’s a feeling I come across a lot, just needing some help and feeling helpless. I think a lot of people can relate to that.

The song includes an electric guitar and an acoustic guitar, too, which, to me, I think also shows this juxtaposition of recognizing where you need help, but also still being in the midst of not thinking you need it. The musicality behind the song fits really well with the lyrical content.

Well then, thank you very much.

Marcus, when we chatted with you two-and-a-half years ago, one of the things that we talked about was about how important it is to have different avenues to go down. Right now music you’ve got new music out and you’ve got an album on the way that is so, so good. You have shows on the horizon and all of these things under your belt like festivals and late night TV. Outside of your career and the art, what are you doing to seeks out inspiration and find a little peace and a little comfort in your every day?

Hmm. Well, I just enjoy being home with my dogs and my fiancé and just having a good home cooked meal. Aside from that… I really do love being on the road and seeing my fans and playing music live. It is just one of the best gifts in the world. If you take care of your body out there, your body will take care of you at some point when you find yourself exhausted. Whenever we’re on stage, I’ve got a lot to say and I leave everything on the stage, so it definitely lends itself to a good night’s rest. I sleep really well on that tour bus [Laughs].

I hope people take that to heart, because as much as you’re rocking out (and have been for over a decade now), you still find time for comfort and health in a different way. It’s the little things, as they say.

Yes, ma’am. Every now and again you just need to get a fishing pole, go out, cast a line, and just not think about anything.

THE NEW SOLO ALBUM FROM MARCUS KING, YOUNG BLOOD, IS OUT THIS FRIDAY, AUGUST 26! PRE-ORDER HERE!