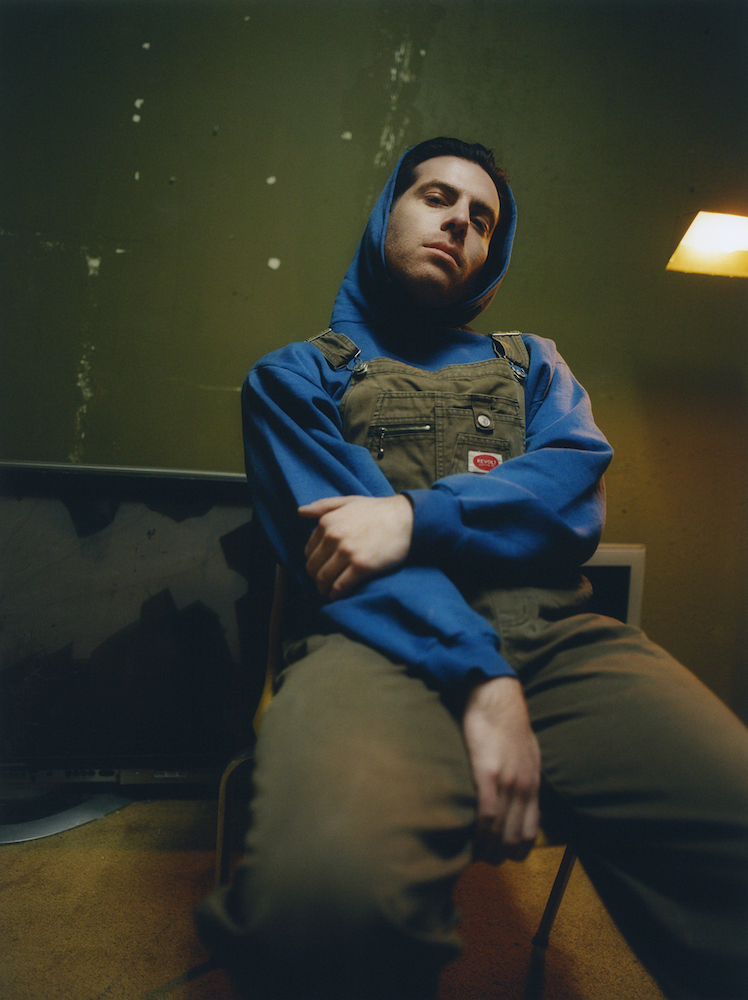 Hoodie Allen Returns To His ‘Backyard’

The Aquarian had a brief conversation with the rap rock performer and let him use the time to lean into his life, which he is living in the now, without expectations, and with hip-hop forever in his heart.

Punk prevails on the latest Hoodie Allen releases, “Wouldn’t That Be Nice” and “Call Me Never” – both of which sound like they slipped off the radar of one Travis Barker (the multi-hyphenate leader of the 2020s’ pop punk renaissance). Still, fronting this project alongside pals in The Wrecks (who are alt rock to their core) makes this his own, wholly original, and inspiring blend of sounds. He is creating both in and out of the box the world has known him to be in – and with some two million monthly listens on Spotify alone, there really is a world out there eager to listen. It’s an era accompanied by live shows, including a sold-out, highly-hihgly-anticipated NYC date tomorrow, which only drives home the notion that this era is raw, real, and his for the taking.

If touring with Fall Out Boy and State Champs opened the floodgates for the New York native, the aforementioned “Wouldn’t That Be Nice” is the punk rock raft riding the wave of rippling guitars and emboldened riffs. “Call Me Never” has pop sensibilities but is laced into an epic baseline and lyrics that, in certain contexts, could drain someone. One can’t help but groove to the beats laid neatly under the instrumentation while still seeing a bit of themselves in the darkest of lyrics and heartfelt yearning. Relationships are hard and loneliness is harder, but handcrafting intense and inspiring art based around those moments – the harshest of breakups and worst of times – means coming to terms with the situation. Allen is clearly doing just that, and not only for himself and within his own personal life, but for the fans who have waited three years for something new from the genre-defying musician. He’s back, he’s here, and he’s floating down stream to a place of pop punk peace of mind.

You’re an artist who has always been keen on interacting with fans in the most connecting of ways – whether it be via social media, your text line, after shows, and everywhere else possible. What is it like to be back on stage, performing songs new and old, live and in person for all of them?

I didn’t realize how much I truly missed it! It’s been such an awesome experience seeing people in person again after this long pandemic period. It really reminds me of why I do this and the positive effect music can have on people

With new songs out, always in the works and on the way, and a decade-long discography of relatable, vibe-y tracks, how did you go about building a setlist for this tour?

I always think of concerts from the fan perspective so one of the ways I built this setlist was doing a Google poll and letting fans vote for what songs they want to hear. It helped confirm a lot of the assumptions I had and from there I get to be creative and create that nice balance between long time favorites and new songs and ways to create a new twist on old music, as well.

Are your latest releases getting you and us on track to a full-length release? Or even another one of your infamous EPs? Because fans are eating up songs like “Call Me Never” and it’s been three years since Whatever USA.

Yes, the new album is done and those two new songs are part of it. I believe if you want you can consider it a long EP, [you can], but essentially it’s a very cohesive body of work that feels thematically and sonically like one strong story.

The East Coast and tri-state area will forever be your stomping ground. Do shows like this one coming up at Irving Plaza feel extra special to you or different at all in a hometown sense?

I am always the most excited for my hometown show. NYC shows will always be special to me. I can literally walk to the venue from my apartment. [Laughs] I cherish every moment on tour and love getting to meet people in all these brand new places, but it’s always tough to top a show in your backyard!

FOR TICKETS AND INFO ON HOODIE ALLEN’S TOUR, VISIT HIS WEBSITE! “WOULDN’T THAT BE NICE” AND “CALL ME NEVER” ARE OUT NOW ON ALL DSPS!