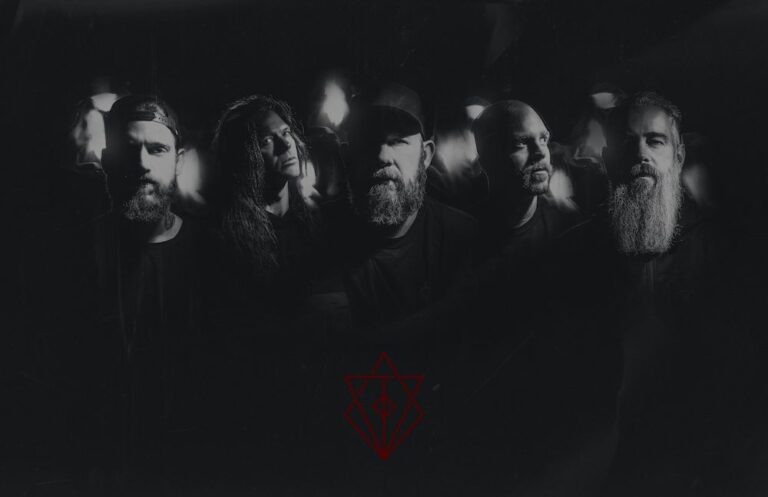 The Importance of Time – A Conversation with In Flames’ Anders Friden

The announcement of a new In Flames album is cause for celebration among the band’s myriad, global fan base. The Swedish metalers never repeat itself from record to record while maintaining the In Flames core identity, so it’s natural that listeners would salivate at the prospect of spinning new tunes.

While the forthcoming In Flames album’s release date isn’t yet known, the band has already built a buzz of high anticipation around two album tracks, the excellent “State of Slow Decay” and equally superior “The Great Deceiver.” Both songs feature guitars returning to the forefront and have a palpable aggression, musically and vocally. The songs will be road-tested on the band’s headline tour, which includes a stop at the Starland Ballroom in Sayreville on Thursday, September 8.

The show will also include tracks from recent albums and reach back to the band’s early days, when they played a major role in putting Gothenburg, Sweden, on the heavy metal map in the mid-nineties. In Flames led the charge of a cadre of bands that formed what became known as the Gothenburg Sound, or Swedish Melodic Death Metal. Vocalist Anders Friden and now-guitarist-then-drummer Bjorn Gelotte came onboard for 1996’s The Jester Race, the band’s seminal second album.

Throughout the nineties and into the early 2000s, In Flames continued to release stellar albums such as Whoracle, Colony, and Clayman. The band began adding new hues to its sound on the 2002 classic, “Reroute to Remain.” Its output for the past two decades has been equally exciting, evidenced by efforts like Come Clarity, Sounds of a Playground Fading, Battles and the band’s last album, 2019’s I, the Mask.

Friden and Gelotte have been the constants in the band since they joined and are now the songwriting core. The In Flames roster also includes guitarist Chris Broderick (Megadeth, Nevermore), bassist Bryce Paul, and drummer Tanner Wayne. We recently had the pleasure of video chatting with singer Anders Friden.

In Flames has released two songs, “State of Slow Decay” and “The Great Deceiver,” from your upcoming new album. Are they indicative of what fans can look forward to on the entire record?

We said early on, pretty much the first sentence when talking about the production, was our goal was to make a more guitar-driven, more guitar up-front album. I wouldn’t say necessarily aggressive in the sense of the songs, but the whole production. The talk we had with Howard Benson, the producer, this is the third time we’ve worked with him, we said, “Let’s do a heavier album.” We want to bring back that raw edge and that tone that I think is very much In Flames, the mix of melody and aggression. I feel like we nailed it on this one. These two songs are definitely an indication of what you’re going to hear, but at the same time, if you know In Flames by now there’s dynamics within the music. We have slow tracks, we have even heavier tracks. If you’ve liked In Flames in the past and you do like it now this will be a really good album for you. I think this is a good mix of the past and the present and where we’re going in the future.

How did the pandemic affect the writing of the album?

The way we went into this album was with a different attitude, born out of frustration from the pandemic. Being a touring musician my whole grown-up life basically and playing with almost the same guys and the same crew, when a thing like the pandemic happens, it’s pretty frustrating. At times it felt difficult to cope with it because this is what I do. Music is my life – traveling the world, meeting fans, and being on the tour bus with the boys. All of the sudden that is taken away from you and you’re in your own bubble and you don’t really know when you can get out there again. It was extremely frustrating.

I also think if you look at the globe as a whole I think we’re going backwards and that makes you angry. Most people are like, “What the fuck is happening? What’s going on?” Then we have this powerful tool called the Internet where people put blame on the left and right. It’s always this really hard, heavy, polarizing discussion between people. It’s another frustrating element. It’s a lot of things that went into the music and out came these songs.

One of the lyrics in “The Great Deceiver” is “Joey was right, this is the final countdown.” Was the shout-out to Joey Tempest and Europe spur of the moment?

A lot on this album is based on time, and time we don’t have, and time’s running out, and what we’re given and what we do with it. It’s definitely not a concept album but it’s based on time. Europe is an amazing band and have been with me since they’re early albums. And Final Countdown? Everybody knows that song. It just fit really well in the lyrics. It’s my hat off to them, even though it’s put in a context that’s really sad. I never heard anyone do such a thing before so I was just laughing when I came up with it.

How did the pandemic effect the creation of the album?

We didn’t write anything during the pandemic. Bjorn might have wrote a couple of riffs here and there but we really need to get in the same room, me and him, and just start feeding off each other’s energies and ideas, and it’s so much easier when you’re in the room together. In November of 2021 we went over to L.A., just me and him, and we rented a house and started writing music. We stayed in L.A. for three weeks. We came up with some cool ideas and a few parts of songs here and there. Then we went back again at the end of January [2022]. Again we rented a house, we had Howard Benson close by, and we wrote the whole album. Obviously members contribute, but the main ideas and the bulk of it come from me and him.

How would you describe what the other members of the In Flames bring to the band?

Tanner is an amazing drummer. That’s not to put down any former people… but Tanner has a different technique and you will hear it on this album. It elevates the music, too. Bryce is a great bass player and brings a nice tone.  Chris brings all that experience from Jag Panzer to Nevermore to Megadeth. He’s not the same type of guitar player as Bjorn and therefore the dynamics between them works very well. It works even better live. I think we sound amazing live these days and there’s a good, general vibe with everyone in the band. It’s the way it’s supposed to be.

When do you anticipate that the album will be released? The upcoming album also marks a return to Nuclear Blast Records. How does it feel coming back to the label?

I don’t really know exactly on the release. That’s not my decision to make. We’ll see what happens, but there will be more music this year for sure. Coming back to Nuclear Blast feels really good. That was the label that gave us a chance in the beginning and took us to a whole new level. I feel really happy about that.

How do you manage after more than 25 years to write music that is fresh and doesn’t repeat itself yet maintains a core sound?

I don’t really think about it. It’s just a general feeling that we have. We start again with Tanner on drums and Bryce on bass and Chris on guitar and you have another feeling but that core In Flames sound is intact. We don’t like to repeat ourselves. Every album is a reaction to the previous album. It would be so easy to write the same songs again and again, the same formula, but you just want to – as a musician – sometimes change it up, and sometimes people agree and sometimes people don’t. That’s the beauty of music. It’s not like we have a meeting and now we have to sound like this or that. It just comes natural. You know when it’s right.

How do the new songs fit in the live set?

I’m stoked about how good they fit next to the older tracks. We played our own festival here in Sweden and we played “The Great Deceiver” for the first time and “State of Slow Decay,” before and after and around the old tracks from Subterranean to Clayman and then we hit one of those new tracks and it’s great, it’s perfect.

You came of age literally and as a band during the formation of the Gothenburg scene that has spawned so many great bands that have gained fan bases worldwide. Do you feel fortunate to have been one of the creators of a whole new sound of music?

I feel extremely fortunate because nothing like this existed when we started. It was the first steps. We were not that many people in Gothenburg that were doing what we were doing. Having these friends close by and new acquaintances too from other bands it was super exciting. Everybody was inspiring each other and we went to each other’s shows. There were no rules. There was no, “You can’t do this and you can’t do that.” Gothenburg is such a small town in this whole world and like I said we were only a few people that put it on the map. I’m very proud of that. As a group, as a whole, it was extremely cool to be part of something like that. It doesn’t happen that often.

Last year was the 25th anniversary of The Jester Race, the first album the two of you played together on and which is a genre classic. What do you remember about that time, your ambitions and goals, and how they’ve changed from 1996 to 2022?

I guess they’ve changed. I have a family and I have to provide. It’s not like I’m jumping out of bed with all the strength and glory I had when I was like 18.  But the attitude toward the music is the same. I still love what I’m doing. I think we as a band, for us at least, the pandemic was good to have a break and look at what we are doing and appreciate it even more.  We don’t take this stuff for granted. So much time has gone through The Jester Race to now. I had never thought it would be a career. We loved it, but who knew it would become your profession. That seemed so far-fetched. I thank the fans giving us this opportunity that I’m so grateful for. The recording of this album was the happiest I’ve been in a long, long time.

FOR TICKETS AND DETAILS ON IN FLAMES’ TOUR, INCLUDING THEIR STOP IN SAYREVILLE ON SEPTEMBER 8, VISIT THEIR WEBSITE!