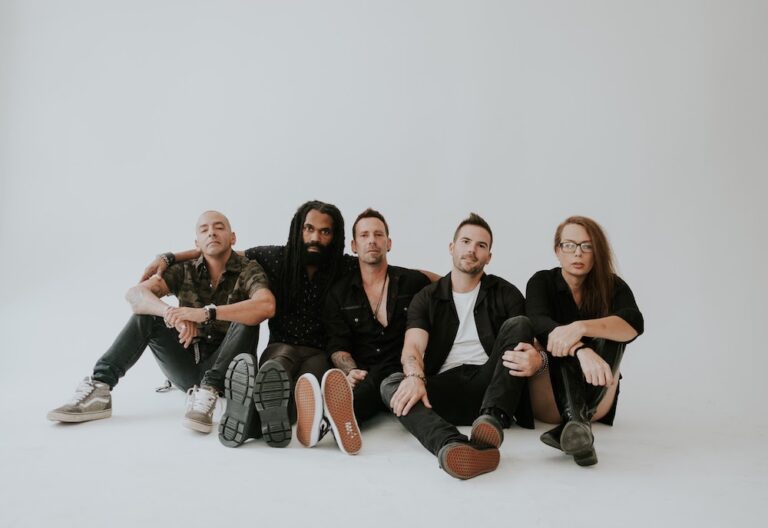 You may not know them yet, but you will soon because Weapons of Anew is taking big strides in the latter end of 2022.

A Florida by-way-of New Jersey band with a twinkling, creative, hard rock mentality: this is Weapons of Anew. The newly signed band is teetering on the edge of something grand with a new single out on Friday and a new EP on the way. “Break the Ties,” the aforementioned single, premiered on WRAT earlier this week on Tom Hanley’s Jersey Rock podcast and people are already buzzing. They’re living in the moment, opening their minds, and putting out mind-numbingly good rock numbers.

Freddy Ordine, guitarist for Weapons of Anew, insists that this is his moment, the moment. As a guitar player and an impassioned artist, he is an exuberant speaker, performer, and overall liver of life. Going through the same ups-and-downs as the rest of us isn’t what makes him and his band special – it is how he and his band spin the realities of their everyday into something motivating and head-banging that puts Weapons of Anew on a pedestal. We spoke to him about the current state of life – for both him and the band – to give our readers the big picture of this era right now – the Art of War era.

Art of War – what about this forthcoming project is special to you? What do you hope listeners take away from it, even as you build up to the major release?

This record has been a blessing and a curse at the same time. It took every ounce of me to just let it out and face some of the demons I have –and sometimes didn’t realize were in there until they came out. It’s never an easy thing for me. It really lets some of my vulnerability come out and stand in the forefront, completely exposing how I’m really feeling or what I’ve been through! Then to put it out to be critiqued… it’s definitely not easy! But fuck it, it’s who I am!

I cant take all the credit for it. I’m kind of a closed off person and it took building relationships with who I ultimately decided to work with [to make the record]. I had become so close with our producer Mike Ferretti that it almost fell out of me on some days, and on days I wanted to keep it in, he knew exactly how to push me to get my best outta me.

Tell us about the writing and recording process of “Break the Ties” like? There is a stunning and almost unnerving depth to it, especially lyrically.

I had been on tour with Logan Mader from Machine Head in 2019. I was a huge fan of his from when we were both young – not that we are old [Laughs]. We hit it off instantly and I was about to start working on the new record. I had asked Logan if he would come out to New Jersey, which is where we were living at the time, and if he would be interested in writing together and possibly producing the new record. Musically, we totally connected! It was instant fire, had our NY/NJ grind and Logan’s Cali vibe. It was totally the direction I wanted to bring WOA in. I loved it’s modern, fresh [vibe] and it just made me want to play and write!

Unfortunately, being in a band is like being married; it’s supposed to be for better or for worse, but it became evident to Reno and I that better was gone and worst was fully in our space. Some of us didn’t want to do the work it takes, so I’d say listen to the lyrics and take from it what you will, knowing what we all know today.

Where does “Break the Ties” fit in regard to the overarching sound and style of Art of War? Anything notable or anything able to be teased?

Wow! You fucked me up with this question! I so appreciate you getting the record! It is all embracing to me for sure! I had been going through a bunch of personal shit at the time of writing this record: divorce, my child (who is my world) moving out, two felonies that went viral, a song hitting the Top 25 of Billboard, horrible management, COVID, and finally, the girl of my dreams. SIt was a crazy rollercoaster! I’d say it’s the best and worst look into us and our psyche.

The art behind this new single is kickstarting a new era of the band. How did it come about and created? It’s symbolic and edgy without being too far removed from the style and story of the track itself.

Once we had moved to Florida, we started to meet a ton of artistic, super hard working people. It blew our minds, the depth of talent in such a relatively small area here versus New York. The music, art, [and] tattoo scene is amazing. We wanted to do each single like its own album. Each song will have its own artwork, merch, and branding. The plan is to have a different, local, Florida artists do the artwork for each song.  “Break the Ties” was done by Gabriela Playata. It’s her take on the song

Going off the last question, when and how did the music video come together? How much of the visuals and crafting of that did you do? (Because it has impeccable flair and professionalism, as well.)

Again, Florida is so artistic! We met Thomas Crane from Kill Devil Films through the local scene, just networking. Thomas is the furthest thing from just a local guy, though. He has done videos for tons of national bands: Saliva, Kamalot, Queensryche. We totally hit it off with him. Horror nut, musician, phenomenal eye, but most importantly, he gets us! We gave him the freedom to film us how he saw or heard each song and his interpretation. We have multiple videos shot and finished already with him for the new record.

Your roots are in Jersey and always will be, even with a new base in Tampa. What about your time in New Jersey, or the Jersey music scene, did you take with you to Florida? Can you, or we, find those thing(s) in your latest endeavors?

100%! It’s like finger prints: New York and New Jersey is a huge part of us and always will be. It’s who we are and what molded us! People always say to us that we have this New York swagger/swing. We were blessed to grow up there. NY/NJ is such a melting pot of diversity! The music, food, and (of course) the people and the energy of ‘just get it done and don’t quit’ is what [it’s about]. It will always be home! There is a saying that you can take the boy outta NY/NJ but you can’t t take the NY/NJ outta the boy. We just have dope ass tans now!

A hard rock band through and through, what are you listening to (and possibly even drawing influence from) currently? The modern and mainstream rock worlds are all over the place, but there is an authentic and grounded aspect to Weapons of Anew.

It’s crazy, most people would think I’d say Slayer or some other metal band, but, honestly, lately its a lot of R&B, New York rap from the nineties through today – a lot of Fat Joe’s “What’s Luv.” I love the hooks and the way the song moves. The low end and how the choruses hit? Massive and undeniable… plus it makes me think of home!

PRE-SAVE THE BRAND NEW SINGLE FROM WEAPONS OF ANEW BY CLICKING HERE!