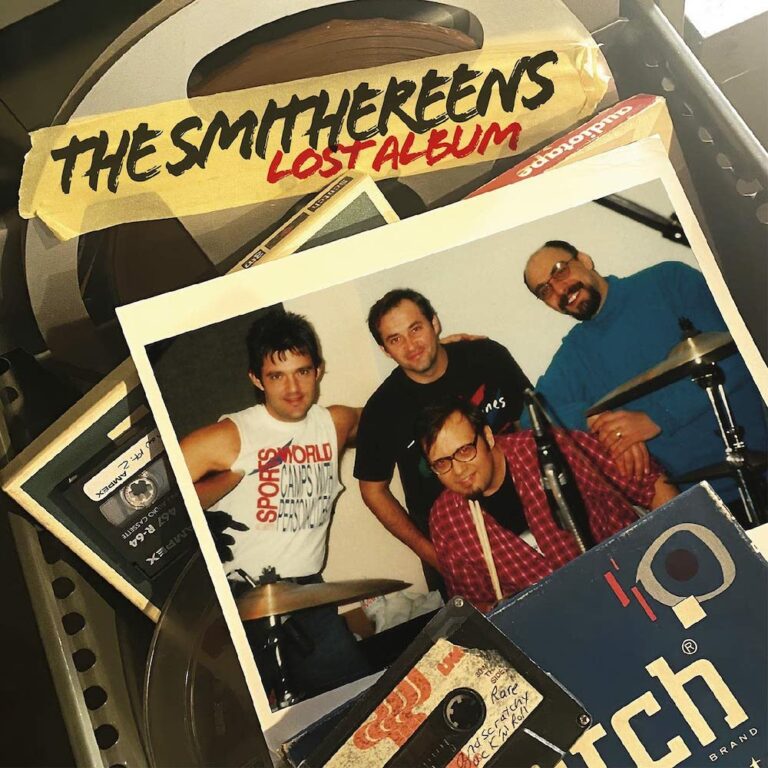 A Long ‘Lost’ Gem is Unearthed

Indie rock pioneers and New Jersey Hall of Famers ‘The Lost Album’ showcases how ahead of their time they once were.

Sadly, it’s been nearly five years since Smithereens frontman Pat DiNizio departed this mortal coil, leaving behind a legacy of eighties and nineties hits including “A Girl Like You,” “Blood and Roses,” and, of course, “Only a Memory.” Despite being in the New Jersey Hall of Fame, despite scoring timeless classics, and despite pioneering eighties indie or college rock, the band never received their just due. Whether you consider them a New Jersey bar band or early alternative rockers, there is no denying The Smithereens left their mark on the rock soundscape. And now, DiNizio’s surviving brethren have released The Lost Album, a long-rumored treasure buried away for nearly 30 years.

Recorded, produced and funded by the band in 1993, while they were between major label deals, The Lost Album is a testament to what made The Smithereens such cult icons. Borrowing from bassist Mike Mesaros who recently said, “Once existing as a sentimental scrapbook for the band’s members, [the record] is something new, yet vintage. The feeling is all there, outweighing any overdub or mix considerations.” Yet, it doesn’t sound raw or unpolished. It sounds like it would have been another band classic had it been issue during the mid-nineties and should be cherished as such. Musically, the songs reflect a deep-sixties early British Invasion influence – after all, this is the band that recorded a full-length tribute to The Beatles’ US debut. Listen to songs such as “Out of this World” and “Don’t Look Down” and also notice a rich influence of sixties US artists such as Buddy Holly, Dion, and Ricky Nelson (not that there’s anything wrong with that).

I will never understand why some artists decide not to release an album for decades. Peter Gabriel is rumored to have more than 10 discs worth of discarded tracks available and don’t get me started on Neil Young who has been releasing amazing album after amazing album of previously unreleased songs he recorded during the seventies. But now that The Lost Album is in our hands, we need to embrace this unexpected gift, which should be treated as a celebration of a great band, of who continue to exist with Robin Wilson (of The Gin Blossoms) and Marshall Crenshaw sharing vocal duties.

THE LOST ALBUM, THE ‘NEW’ RELEASE FROM THE SMITHEREENS IS OUT ONE WEEK FROM TODAY: FRIDAY, SEPTEMBER 23!