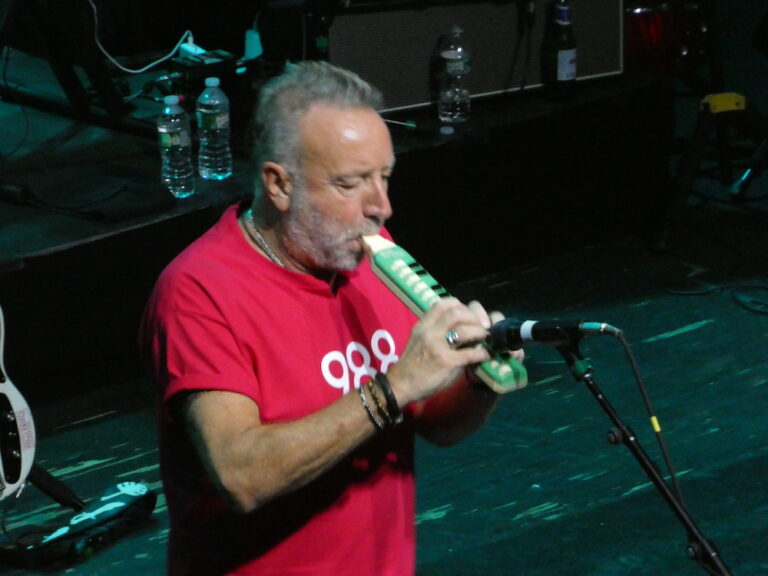 Peter Hook in his 60s is reliving the music he recorded in his 20s. He was a founding member of Joy Division in 1978 until the lead singer died in 1980. The surviving musicians soldiered on as New Order while the popularity of Joy Division mushroomed over the decades. Hook left New Order in 2007 and played in several bands until forming Peter Hook & the Light in 2010. This group has spent the past decade touring the world and performing entire sets dedicated to Joy Division’s two albums and several early New Order recordings.

Peter Hook & the Light presently consists of Hook on vocals and bass, his son, Jack Bates, also on bass, Paul Kehoe on drums, David Potts on guitar, and Martin Rebelski on keyboards. Although two bassists in a band is highly unusual, Hook tends to play melodic leads on his higher strings and leaves the more traditional bass needs to his son. The band has released several live albums, but has not recorded original material.

Peter Hook & the Light brought the two-month, 26-date “Joy Division: A Celebration” tour to Terminal 5 on August 27. After an opening set by El Ten Eleven, Peter Hood & the Light performed three sets plus encores. The first set consisted of six songs from four New Order albums recorded in the 1980s. The second set was the entirety of Joy Division’s Unknown Pleasures album from 1979 and the third set was the entirety of the band’s Closer album from 1980. For an encore, Peter Hook & the Light played four singles that Joy Division never included in the albums, concluding the evening with the band’s most popular song, “Love Will Tear Us Apart.”

The evening featured no surprises, nor did the audience have any reason to anticipate anything other than what was advertised. The Joy Division songs had a slightly grittier and more minimal sound than the studio versions because many of the original recordings featured studio enhancements not reproduced on stage. Hook sang the songs; unfortunately, he lacked compelling vocals, and so was unable to improve upon the original versions of the songs.

Hook and his band appeared to play with sincere reverence for both the Joy Division and New Order catalogs. In a dignified move, the Joy Division sets respected the original vocalist, Ian Curtis, without capitalizing on his demise. Hook allowed speakers from a not-for-profit organization to speak briefly to the audience about a new suicide prevention hotline without directly relating the information to Curtis. Throughout the show, Hook wore a t-shirt with that telephone number, 998, emblazoned across his chest.