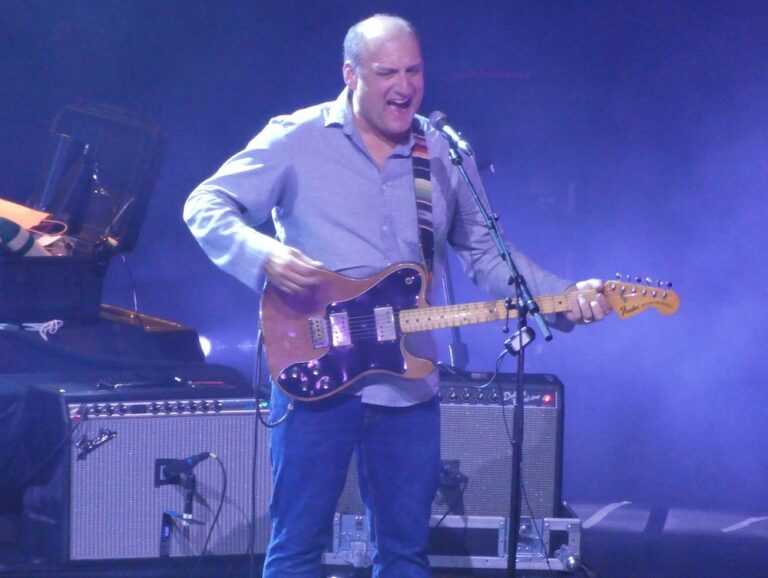 Like numerous other bands born during the 1990s indie revolution, Pavement left its footprint in the late 20th century and then disappeared in the 21st century. In its heyday, with the help of widespread college radio play across the United States, the band maintained a strong cult following and influenced many later indie bands. Only one song, “Cut Your Hair” in 1994, achieved mainstream attention, however. Alas, the band, which formed as a duo in 1989 in Stockton, California, later morphing into a more successful quintet, split acrimoniously a decade later in 1999.

Like with the first reunion tour, Pavement toured with no new music to promote. The band has not recorded new music since the 1999 releases of its fifth album and 10th EP. In advance of the current tour, on April 8, Pavement released a special-edition reissue of its fifth and final album. Terror Twilight: Farewell Horizontal featured the original Terror Twilight album plus 28 previously-unreleased tracks. Nevertheless, the current tour was designed to be a retrospective of the band’s catalog, not necessarily emphasizing Terror Twilight. Playing a different set each night, the multiple dates in Brooklyn would allow the band to stretch into rarely-performed deep cuts.

The present tour brought the band to the 3,000-capacity Kings Theatre in Brooklyn for a four-night residency. Nearly 20 shows into their reunion tour, Pavement began its run with a two-hour, 25-song set. The opening night included college radio favorites, including “Trigger Cut,” “Two States,” “Gold Sounds,” “Stereo,” “Shoot the Singer,” and “Here.” The deep cuts included “Serpentine Pad,” “Heckler Spray,” “Unfair,” and “Painted Soldiers.” The many slower songs, including “Fin,” “Spit on a Stranger,” “Type Slowly,” “Grounded,” “Father to a Sister of Thought,” and “Major Leagues,” gave the night an overall melancholy sound. Early in the set, the band roused the audience by performing “Harness Your Hopes,” a song that was formerly an obscure B-side until the TikTok generation unearthd it in recent years. “No one told us that song was good in, like, 2010,” Malkmus told the audience after performing the song.

Rather than simply perform the old songs as they were recorded, Malkmus and company slightly “repaved” the Pavement songs, mostly by injecting instrumental breaks. In Pavement’s early days, music journalists frequently compared the band with the Fall. Today’s Pavement sounded more like another late-1970s underground cult band, Television, due to the many extended jangling guitar-centric jams.

The performance was animated. Malkmus frequently crouched and swayed forcefully while playing his guitar leads. Nastanovich repeatedly left his perch in back to wander the stage, banging his tambourine and working the audience, especially when he took the microphone and prowled the lip of the stage singing “Serpentine Pad.” When the musicians were less mobile, the images on the massive screen behind the musicians served as a kinetic backdrop.

Thanks to improved technology and maturing musicianship, Pavement’s sound was more balanced and polished than in the band’s early years. Nevertheless, Pavement remained true to its indie roots. Malkmus’ vocals emotively strained to reach notes, adding to the vulnerability embedded in the lyrics and melodies. Roaming, noodling guitar leads were not necessarily constructed to climb a summit. Songs sometimes sounded both tender and noisy.

Since the band’s original split, Pavement’s tours have been about 12 years apart. It may be a long time before the band hits the New York area again. Hopefully, the next time the band lights its fire, it will produce new music to complement its 20th century catalog.