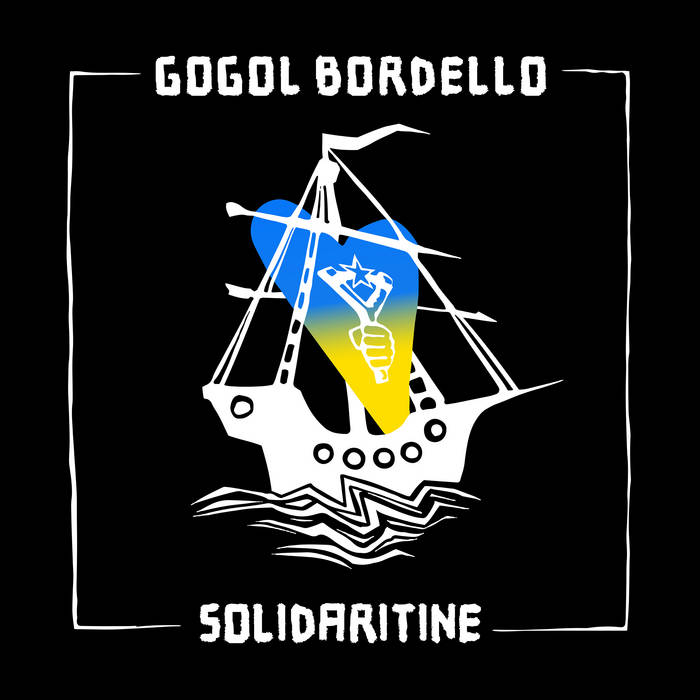 Does music still have the ability to change the world? Can songs still bring people together while touching their hearts and souls? Can lyrics cause people to pause and reflect, perhaps choose to alter their commitments or beliefs? Gogol Bordello certainly hope so. Taking their first name from Nikolai Gogol – their second name should be obvious – the band hope to follow in the famed Russian writer’s footsteps and “smuggle” Ukrainian culture, not just into Russia, but into the English-speaking world. Although they formed more than 20 years ago in Manhattan’s Lower East Side, their seven members hail from such far reaches as the Ukraine, Russia, and Ecuador. This heritage has translated into a truly unique musical style that incorporates punk, SKA, hard rock, folk, gypsy, Latin swing and, of course, Eastern European flavors.

Now, after six albums and an EP, Gogol Bordello have released their most important and remarkable album to date Solidaritine. Although each of this collection’s 13 tracks is infectious – “Fire and Ice Floe” is a current ear worm, “Blueprint” updates the Fugazi classic, and “The Era of the End of Eras” features The Bad Brain’s HR – there are two songs that need to be highlighted.

“Take Only What You Can Carry,” featuring Ukrainian synth-pop stars KAZKA, calls attention to uprooted and displaced denizens deeply affected by the current war. And you need to see its music video – it’s harrowing and true and can be found directly above.

The self-obvious call-to-arms anthem that is “Forces of Victory” features what the band describes as “three strong and diverse Ukrainian voices.” Gogol Bordello’s frontman Eugene Hutz, KAZKA, and punk-rocker Serhiy Zhadan come together on the powerful track.

This album, however, does more than call attention to the Russian invasion of the Ukraine. The music is more than mere nationalistic revelry. Solidaritine doubles as a classic collection of drinking songs that put Gogol Bordello in league with Flogging Molly, Dropkick Murphys, and The Pogues. In other words, although it would be understandable if the album’s music was dark, bleak, downtrodden, and depressing, it is uplifting, and not only that – it also offers a sense of hope. Gogol Bordello have, until now, remain a cult fascination. This powerful new record should provide them with the mainstream exposure they richly deserve.

You can even experience this album and these anthemic numbers live with year-end appearances in both Philadelphia and Brooklyn – right in our diverse, open-minded, and rock-music-loving backyard. Information (and music) can be found on the band’s website.