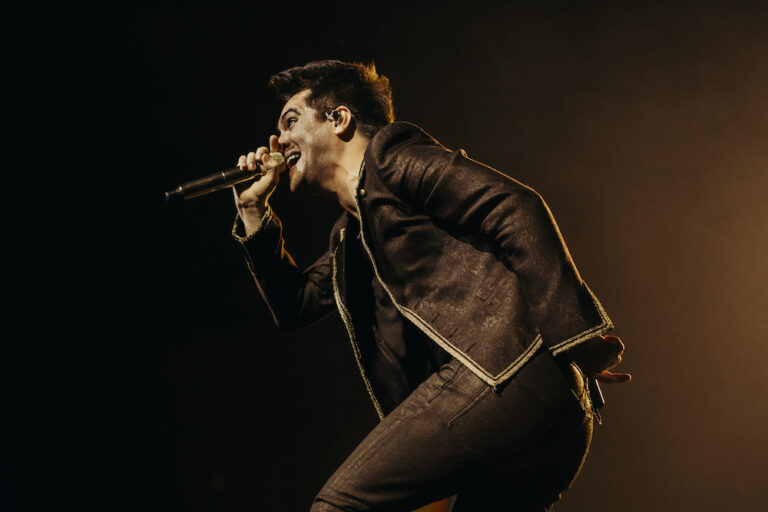 Theatrics! at the Disco & More: A Gallery

At Madison Square Garden one month ago, Panic! At The Disco headlined. The alternative rock band with its mainstream pop eccentricities sold out the venue and frontman Brendon Urie barreled onto the stage with energy – matching that of the audience, of who were appropriately riled up and ready for more fun after supporting acts Jake Wesley Rodgers and MARINA kicked off the night.

Every act held its own on September 23, which was expected with a lineup like this one where both theatricality and vocal ability are out of the question. Off-the-chart range was experienced back-to-back-to-back with all three performances belting, crooning, and harmonizing – all done over the shouts, cries, and sing-a-longs of the entire arena. The night was glittery and colorful, a shining example of what a fun concert filled with talent, melody, and personality can provide to fans near and far.

It’s worth noting that such a bold string of artists meant capturing even bolder, brighter images to live vicariously through. Now, we’ve said this before, but we will say it again: Nicole Conflenti and her camera are a match made in heaven. The visually stunning images she snaps are able to effortless encompass all of the gleaming moments that transpire on stage. Lights can be low, smoke can fill the room, decor can be distracting. Still, her photos shine. Attention is kept and memories are frozen in time, which, for us and fellow music lovers, is an absolute blessing. These high quality, cosmic photos from The Garden showcase the passion of JWR, MARINA, Brendon, and the entire Panic! tour.

PANIC! AT THE DISCO