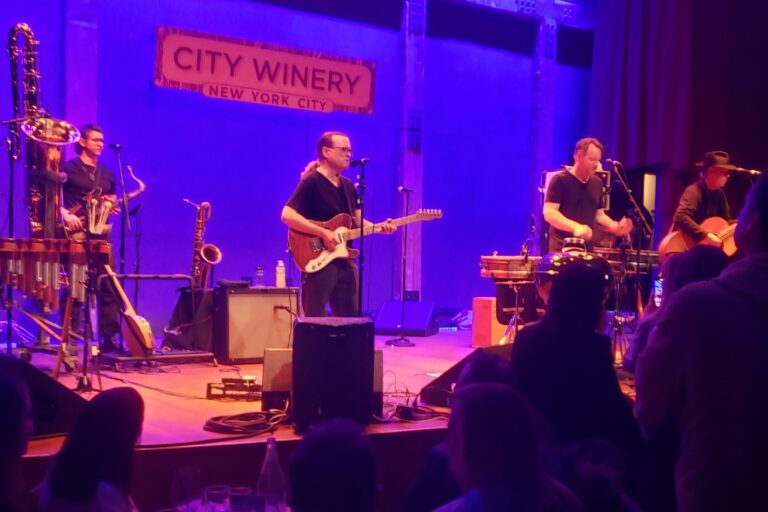 If Violent Femmes sounds like a skiffle band busking for change in a local park, that is because indeed that was the origin of the band. The band’s first step into the mainstream occurred in 1981 when James Honeyman-Scott heard Violent Femmes busking on a street corner in front of the Milwaukee venue where his band, the Pretenders, would be playing later that night. The Pretenders’ Chrissie Hynde invited Violent Femmes to come inside and perform a brief acoustic set.

From its humble beginnings on street corners and coffee houses in Wisconsin, Violent Femmes intended to play innovative yet quirky original music. Spectators at that time branded Violent Femmes as a folk punk band, perhaps because punk was a relatively new and burgeoning movement The novelty of the music caught the imagination of the public, which purchased more than a million copies of the band’s 1983 self-titled album. Internal disputes plagued the band, causing Violent Femmes to split in 1987. The band reunited a year later, splitting again in 2009, and reuniting again in 2013. Violent Femmes presently consists of two founding members, vocalist/guitarist Gordon Gano and bassist Brian Ritchie, plus drummer John Sparrow and multi-instrumentalist Blaise Garza. Violent Femmes released 10 studio albums, although output has diminished greatly; the band has released only three albums in the 21st century.

City Winery NYC opted for a unique layout for Violent Femmes’ five-night residency. The majority of the space was general admission standing room, with tables and chairs only along the two sides of the room and the balcony. This largely expanded open floor not only increased capacity, it also encouraged fans to respond to the music with body action. After all, most of the music was uptempo and danceable.

The stage set-up was also atypical. Sparrow’s drum kit was not only designed for stand-up performance, but it included a charcoal kettle grill as a percussion instrument. In the back corner, Garza’s array of wind instruments included a rare six-foot and 45-pound contrabass saxophone. At Ritchie’s station was an unusually large hollow-body bass guitar. The band’s two roadies would later appear on stage periodically to play kazoo, cajon and other non-rock-oriented instruments.

On the first night of the five-night residency at City Winery NYC, Violent Femmes focused on the first 20 years of the band’s career. The band performed no songs from the most recent album, 2019’s Hotel Last Resort. The only relatively new song performed was “Memory” from the band’s 2016 album, We Can Do Anything. Conversely, the band performed all but one track from the debut album, which featured many of the band’s most popular songs. The 23-song set also featured later fan favorites including “Add It Up” and “American Music.” The set did not include other fan favorites, “Nightmares” and “Breakin’ Up,” for instance, perhaps saving these songs for later nights in the series.

Violent Femmes proved that it is still very much an experimental band. Many of the vintage songs were extended and reformatted with additional musical instruments that did not appear in the original recordings. Preventing the songs from growing too esoteric, Gano’s vocals and melodies gave the songs their attractive pop hooks.

At present, Violent Femmes is largely a touring band, not a recording band. The City Winery performance did not promote new or pending product. Refreshing mostly familiar and lively songs, Violent Femmes gave the audience the joy-filled party it anticipated.